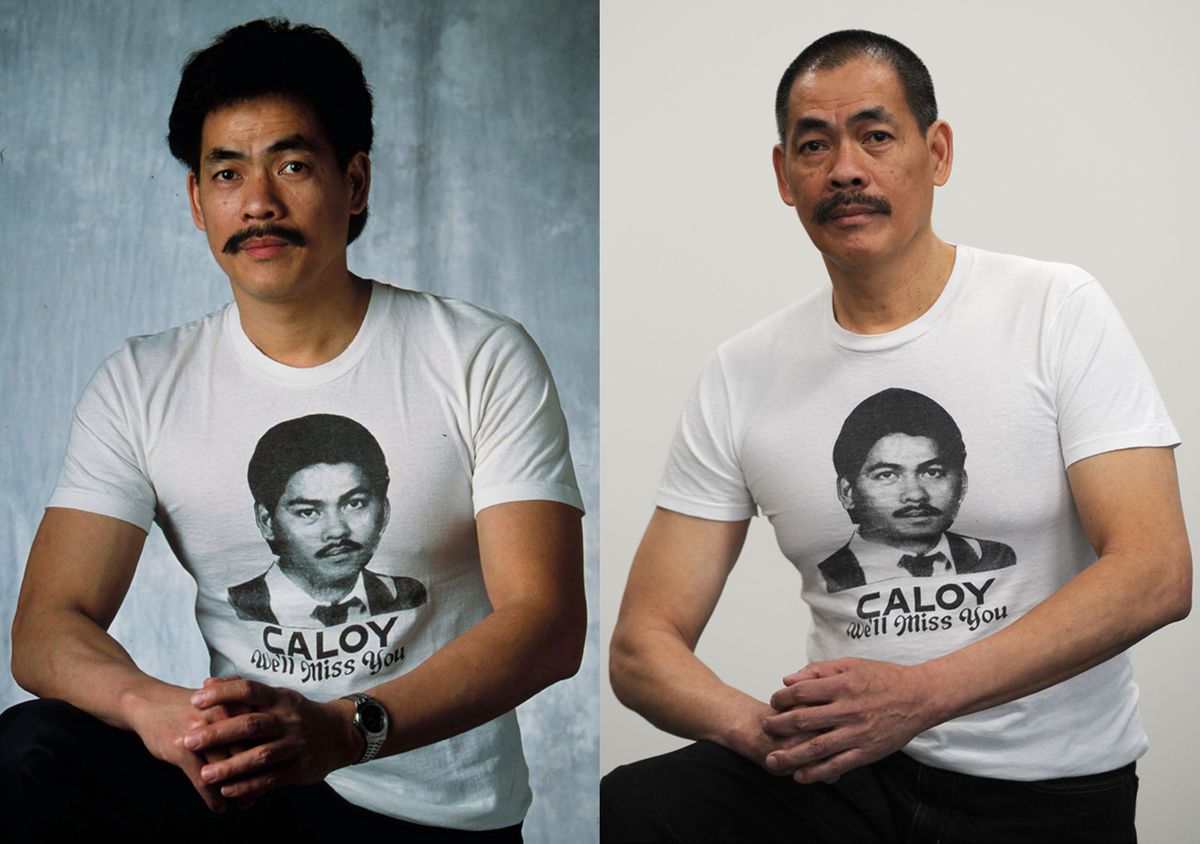 Jerry Medina in 2001, left, and in 2018 as he seeks justice for the killing of his older brother, Carlos Medina, who was bludgeoned on Kodiak Island in 1993. (Bill Roth / ADN)

Jerry Medina in 2001, left, and in 2018 as he seeks justice for the killing of his older brother, Carlos Medina, who was bludgeoned on Kodiak Island in 1993. (Bill Roth / ADN)

It has been nearly 25 years since Carlos Medina, an up-and-coming Filipino businessman and community leader in Kodiak, was found dead on a mountain behind town.

The 36-year-old had been brutally beaten, his skull bashed in. The 1993 crime shocked the island.

For Medina's younger brother, Jerry Medina, it launched an all-consuming quest for justice.

Over the past two and a half decades, Jerry has made more than 20 trips to Alaska from his home in Winnipeg, Manitoba, where he recently retired from running a convenience store and working for the telephone company. Nearly every year, he flies here to investigate the killing of his brother.

Jerry has a theory, and it has fractured his close-knit family.

His theory is that the youngest brother of the Medina family is responsible for the killing. That brother — who at one time was charged with the crime before prosecutors said evidence didn't support the case against him — has denied any involvement in the killing. Other family members have said in the past that they want Jerry to stop his one-man campaign.

But now, as the 25th anniversary of the killing approaches, Jerry is resurrecting his effort to solve the crime by telling the story to anyone who will listen.

"My only hope in life is to solve this case," Jerry said in a recent interview in Anchorage. "I had a very good life except for this."

He wore a threadbare T-shirt emblazoned with a picture of his brother, the same shirt he wore in a portrait for the Anchorage Daily News nearly 20 years ago.

Jerry clutched a sheaf of press clippings and documents, yellowed by time. "I can't stop until I find what happened to my brother," he said.

For now, the killing remains one of the island's great mysteries.

Though there have been unsolved slayings in other jurisdictions of the island, officials say the death of Carlos Medina remains the only unsolved homicide in Kodiak Police Department history.

'I can trust him so much'

Jerry and Carlos Medina grew up poor in the Philippines, in a farming family with a dozen children.

Carlos was one of the middle kids, but he was the one who organized their mother's funeral at age 19 and who helped siblings seek a better life abroad. When Jerry and Carlos went to Saudi Arabia to work, Jerry sent money back to the Philippines under Carlos' name.

Carlos landed in Kodiak in 1983 and got a start working in the cannery. By the early 1990s, he had opened a popular restaurant, Asia Garden. He was the president of a Filipino civic group and was planning to run for city council. He had three young children and was buying a house.

He went missing May 1, 1993. The next day, detectives found his beaten body on the tundra of Pillar Mountain.

Jerry, who was living in Canada at the time, and other family members began pressing the police to investigate the death.

One of them was Rolando Vizcarra-Medina, the youngest brother of the family.

"We cannot go on with our lives without knowing more," Rolando told an Anchorage Daily News reporter one year after the murder.

He'd been living in Kodiak with Carlos. After the death, he took over the family restaurant. The restaurant failed, and in 1995, he returned to the Philippines.

On his visits to Alaska, Jerry served as his own one-man investigation team. He printed hot-pink fliers advertising a reward that at one time grew to $20,000. People found them stapled to telephone poles across town or flapping beneath windshields at grocery store parking lots.

Jerry mailed letters to Alaska's congressional delegation — even to the U.S. president. Again and again, he recounted the story to reporters. He shed tears in an interview with a cable TV true-crime show called "Bad Blood" that highlighted the slaying in 2015.

He called detectives and police in Kodiak so often he can recite a lineage of police chiefs going back decades. They know him by his first name.

But the case was quiet for years, until Jerry says his dead brother came to him in a dream three nights in a row in 1997, telling him to travel to the family home on Luzon Island in the Philippines. Jerry woke and made the trip.

He said he found that his brother Rolando Vizcarra-Medina had been "living like a king" in the family compound. He also found Carlos' credit cards and identification that had been missing since the killing, he said.

In 1998, a Kodiak grand jury issued an indictment for Rolando on a second-degree murder charge. He was eventually extradited to Kodiak.

The charge against Rolando shocked some on the island.

"My personal feeling is that I can't believe he'd do such a thing. He's such a nice guy," Kodiak community leader Bernie Ballao told the Anchorage Daily News in 2002. "A lot of us here in Kodiak feel the same way."

When DNA evidence from the scene was tested, it didn't point to Rolando as the culprit. In 2003, prosecutors dropped the murder charge.

"The new evidence became compelling enough that I would have an ethical problem pursuing the case against Rolando," then-Kodiak District Attorney J. Michael Gray told the Anchorage Daily News at the time.

Rolando has maintained his innocence. He told a newspaper in the Philippines that he was framed by his brother Jerry, according to an Anchorage Daily News report from 2002.

Rolando still lives in Kodiak. When contacted by phone by a reporter for this story, he said he needed to check with family before doing an interview.

He called back the next day and left a voicemail.

"For an interview I am so sorry to let you know I am advised not to say a thing about it," he said. "Thank you so much then, and God bless you."

'I'm worried I really can't control myself if I see him'

In his years of pushing for the case to move forward, Jerry hasn't gone back to confront Rolando in person in Kodiak. He doesn't want to chance an encounter with his youngest brother.

"I'm worried I really can't control myself if I see him," he said.

The homicide case is still open, said DJ Clumper, a lieutenant with the Kodiak Police Department. The last lead the department got was a few years ago and it turned out to be a dead end, he said.

"As time elapses, it gets tougher and tougher," he said.

Clumper said all evidence from the case has been preserved. He wouldn't say whether DNA evidence has been tested against national databases since prosecutors dropped the case against Rolando. But he said he applauds Jerry's insistence that the case not be forgotten.

"If reading this article jogs anybody's memory, call us. We'll run all the tips down," Clumper said.

When asked if Rolando had been ruled out as a suspect in the case, Kodiak Police Department Chief Timothy Putney said no. "I would not consider him eliminated," Putney wrote in an email.

After the killing, Carlos' widow and their children moved to Anchorage. Their childhood was punctuated by investigation visits from Uncle Jerry. They remember him always bringing the T-shirt with their father's face on it and a file of evidence.

Today those children, Carlo, 28, Aloysius, 32, and Maria, 35, live in Anchorage. Carlo is studying accounting in college, caring for his two young daughters and working at Home Depot. Aloysius works at Spenard Builders Supply and is expecting his first child. Maria works at the airport.

Because their father died when they were young, Jerry has been more than an uncle.

"He and my dad had a strong brotherhood," said Carlo. "They promised each other that if anything happened to them they'd take care of each other's kids. And he really has."

Jerry is planning on staying in Anchorage for a few more weeks. His dead brother hasn't come to him in a dream for more than 20 years now. Jerry wishes he would. He would ask him what to do.