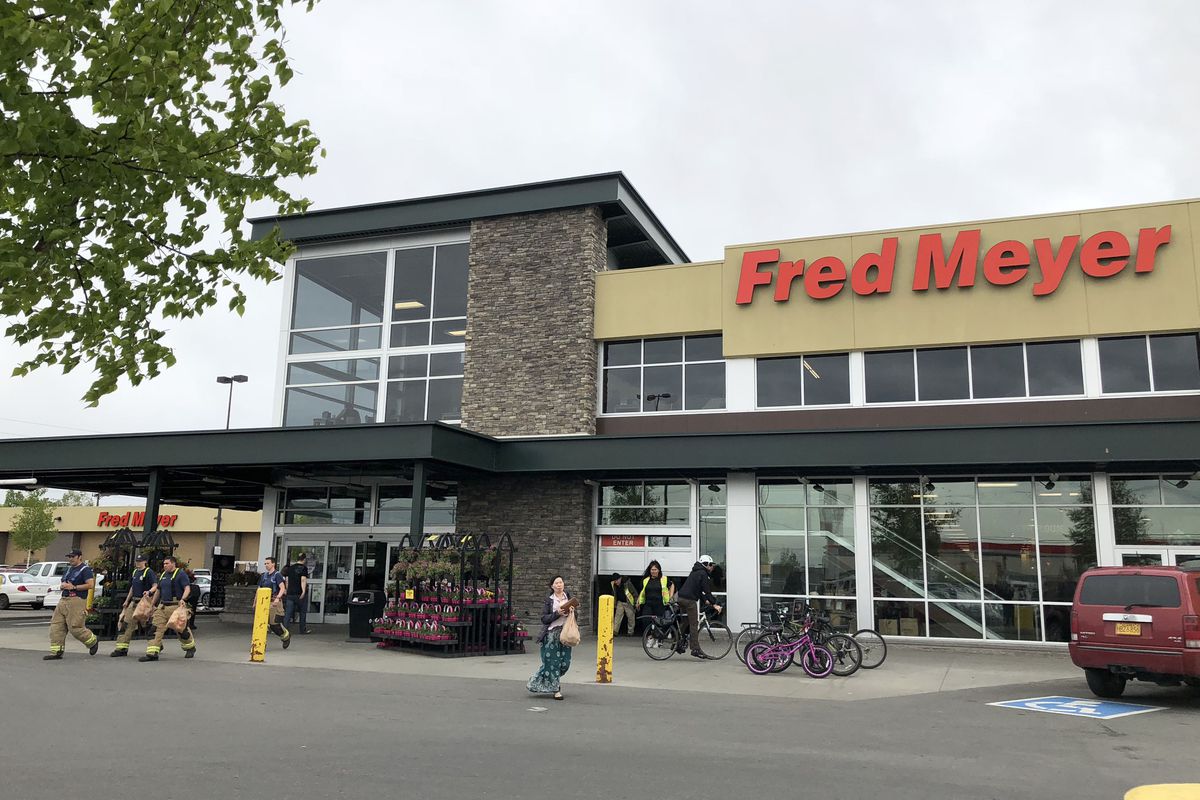 Some shoplifters stole alcohol or food. One man took fake fingernails. And one woman didn't steal anything, but police recognized that she was wanted on arrest warrants.

Twenty-five people were arrested Thursday at the city's Midtown Fred Meyer on Northern Lights Boulevard as part of a "Retail Detail" operation aimed at nabbing shoplifters, according to Anchorage police.

"Retail Detail" operations started about six months ago, police Lt. Jack Carson said Friday, after retailers came to police with a plan for partnering up with the stores' loss prevention teams.

During Thursday's operation, Fred Meyer loss-prevention officers — some of whom were brought in from different stores, Carson said — observed the thefts in action and alerted police, who took the suspects into custody.

Carson said about 20 police officers, both undercover and marked, took part in the shoplifting sting. The operation lasted about nine hours, from the afternoon into the night.

Increased staffing has made the program possible, Carson said. "We haven't had the officers in the past to do this," he said.

Here's a snapshot of the arrests made during Thursday's operation:

1. Thomas Dickson, 33, was arrested after he ran into the side of a patrol car on a stolen bicycle. Dickson had taken the bike from outside of the store, riding toward Fireweed Lane. He sped up as an unmarked police car turned on its warning lights. The cyclist turned onto 22nd Avenue, where another officer had parked to block Dickson's escape. But the bike brakes didn't work. Dickson smashed into the side of the patrol car, causing "pretty good damage" to the rig, Carson said. Nobody was hurt. Dickson was arrested for theft, criminal mischief and resisting arrest.

2. Aaron Sumstad, 39, hid fake fingernails worth $48.25 in his jacket pocket and walked out of the store. He was arrested for theft.

4. Jafra White, 34, and a 13-year-old girl stole $103.86 worth of food. White was arrested for theft, contributing to the delinquency of a minor and violating conditions of release. The teenager was arrested and released to her parents.

5. Rhaylene Lind, 42, stole $47.83 worth of various merchandise. She was arrested for theft, and had an outstanding warrant for a probation violation.

6. Arthur Solomon, 30, and Trent Semaken, 28, stole $215.17 worth of food and merchandise. Both were arrested for theft; Solomon had an outstanding warrant for a probation violation.

9. Larry Mayfield, 57, stole $288.56 worth of merchandise. He was arrested for theft and failure to register as a sex offender.

10. Russell Ambacher, 24, tried to run from the store with $40.55 worth of merchandise, but officers caught him. He was arrested for theft, resisting arrest and violating conditions of release.

11. Andres Slats, 20, stole $5.48 worth of food. He was arrested for theft, and on an outstanding warrant for failure to appear in court.

13. Cody McElroy, 33, stole $54.99 in shoes. He had a concealed gun on him and didn't tell officers; he was arrested for theft and misconduct involving a weapon.

15. Dusty Starr, 39, was recognized by employees as having an outstanding misdemeanor warrant for theft. She was arrested on the warrant.

16. John Dahlquist, 50, put $87.87 of merchandise in his backpack and walked out of the store. He had heroin on him. He was arrested for theft and misconduct involving a controlled substance.

18. Kyle Plouvier, 29, was recognized by employees as a repeat trespass offender, and was arrested for trespassing.

20. Lindy Bowie, 28, was recognized by officers from two outstanding warrants: a felony warrant for promoting contraband and misconduct involving a controlled substance, and a misdemeanor warrant for failure to appear in court. She was arrested.

22. Jeanette Karasti, 37, stole $221.22 in merchandise. She was arrested on an outstanding felony warrant for failure to appear in court, as well as theft and resisting arrest.

All in all, more than $1,500 in stolen merchandise was recovered, police said.