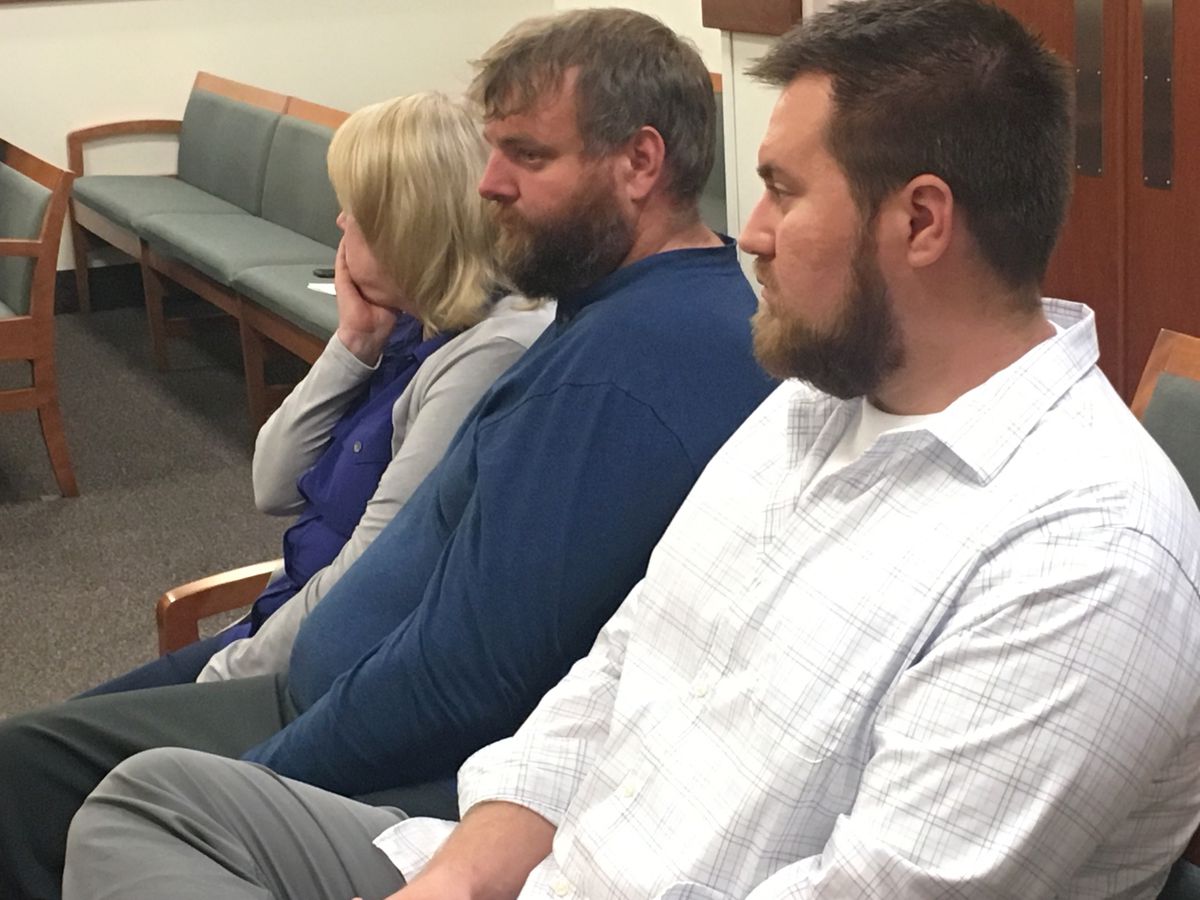 Jennifer Horazdovsky’s mother, husband and friend listen to a bail hearing for Reagan Martz in Palmer Superior Court on Wednesday. Martz is accused of killing Horazdovsky on Flat Lake on June 11 when he ran over her inflatable tube after drinking. (Zaz Hollander / ADN)

Jennifer Horazdovsky’s mother, husband and friend listen to a bail hearing for Reagan Martz in Palmer Superior Court on Wednesday. Martz is accused of killing Horazdovsky on Flat Lake on June 11 when he ran over her inflatable tube after drinking. (Zaz Hollander / ADN)

PALMER — The 26-year-old accused of killing Jennifer Horazdovsky on Flat Lake earlier this month is expected to leave jail for house arrest with his parents in Palmer.

Reagan Martz faces charges of manslaughter, assault and driving under the influence in the June 11 death of the 35-year-old mother from Anchorage.

Martz is accused of driving a boat that sliced across the flotation tube Horazdovsky rode with two friends on the lake, then leaving as others in his boat tried to help.

One of the women on the tube, Alice Rademacher, remains critically injured and in a coma, relatives say. The other suffered a broken collarbone.

['They didn't even stop': Man describes Mat-Su boating collision that killed his wife]

Martz's parents attended, though they did not speak.

Horazdovsky's husband, Andy, called the lower bail "outrageous" given the reckless behavior prosecutors accuse Martz of, including stealing a broken-down personal watercraft instead of getting help.

Horazdovsky's 2-year-old daughter, Riley, was with the family during the accident.

Horazdovsky's mother said Riley walks around saying her mother is dead and she was killed by a boat.

"She was there that day," Sharon Hulley said, as Andy Horazdovsky started crying in his seat. "We buried my daughter last Friday. I didn't even get to say goodbye to her or see her body because of all the damage that was done to her."

The bail conditions approved Wednesday include what Martz's attorney called the strongest electronic monitoring program in the state, to be administered by "the strongest candidate," Alaska Pretrial Services. The proposal includes real-time GPS monitoring plus facial recognition alcohol testing five times a day.

The $10,000 bail is "frankly, the outer limits of what the Martz family can financially handle," attorney John Cashion said. He said Martz has held the same job at Solid Service Fabricators of Alaska since 2010 and is a few credits from a land surveying degree from the University of Alaska Anchorage.

His client doesn't have a criminal record and comes from a stable family, Cashion said.

"He has good family support as you can see in the courtroom today, and he very much has a family that understands the severity of this situation and the significance of the charges that are at issue," he said.

Martz can leave his parents' Palmer house only for work, school, medical, legal and court appointments. He's not allowed to drive because his license was suspended.

He was seen wading through the water as others on his boat called 911, then taking a watercraft with a clogged intake that left him stranded on a buoy in the middle of the lake, Traini said.

Cashion countered that Martz was in shock and did try to get help.

Kristiansen noted Martz was rated a low risk on a state's pretrial program that ranks offenders on the odds they'll skip court hearings or get arrested again.

The judge said the electronic monitoring should guard against alcohol use while the appearance bond should make sure Martz shows up.

A trial is scheduled for October.

Horazdovsky worked as a personal-care assistant for adults and children with intellectual disabilities until the birth of her 2-year-old daughter, her obituary said. "Jennifer loved Alaska's adventures and most of all, being out on the lake. She referred to late summer as 'when boating season is over.'"