Anchorage police, other agencies made dozens of arrests in joint operation this week 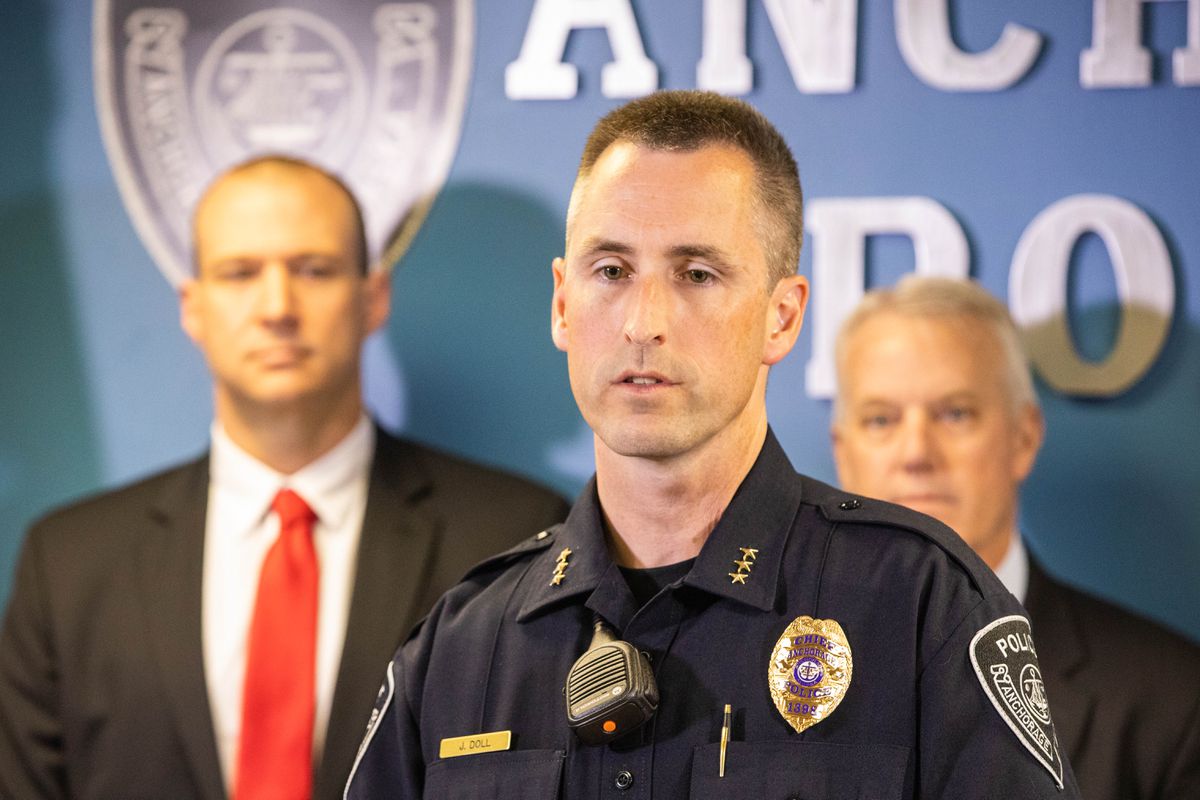 The Anchorage Police Department and other law enforcement agencies held a press conference Friday morning to announce the outcome of an operation this week that resulted in dozens of arrests around Anchorage, largely attributing the results to APD increasing its staffing.

The effort — which the agencies called Operation Midnight Sun because of summer solstice this week — started Monday and involved about 100 uniformed and undercover officers, plus a helicopter from Alaska State Troopers.

Since Monday, dozens of arrests have been made. Most of those were felony-level, and some were misdemeanors. Law enforcement recovered five stolen vehicles and 19 guns, and seized drugs and $3,720 in cash.

At the press conference held at APD headquarters, there were 14 representatives from law enforcement agencies that were involved, including the FBI, Drug Enforcement Administration, and the Bureau of Alcohol, Tobacco, Firearms and Explosives.

"We're going after the people that are out there affecting our citizens," said Carson, commander of the operation. "It's not a high-level dealer that's laying low that's selling a lot of drugs that's creating crime within our city, but it's the people that are out in the parking lots, dealing drugs, that are involved in a lot of these shootings, that are involved in thefts and things like that."

The operation started with the Monday arrest of homicide suspect Orlando Holder. One man was arrested after dealing drugs in the area of Fifth Avenue and Gambell Street, police said. Another, who had warrants out for his arrest, was located with the use of the troopers' helicopter. Another was arrested on multiple charges, including vehicle theft, police said. Find more details about the arrests here.

Law enforcement seized 230 grams of heroin, 140 grams of methamphetamine and 30 grams of mushrooms, police said. Some of the recovered guns had been reported stolen, Carson said.

APD regularly partners with other agencies, but this week's operation "was a really focused effort over a short period of time," said APD Chief Justin Doll. The operation is ongoing.

The operation had "multiple aircraft in the air throughout the week," Carson said, and the use of aircraft will continue, too.

"When these people are out there running — just because you don't see us behind you doesn't mean that we're not watching you," he said.

[From criminal to cop, and back again, in Alaska's most vulnerable villages]

Watch the press conference in the video below (APD Chief Justin Doll begins speaking around the 1:20 mark):

Anchorage Police are about to hold a press conference related to an operation this week that resulted in dozens of arrests. Operation Midnight Sun kicked off June 18.