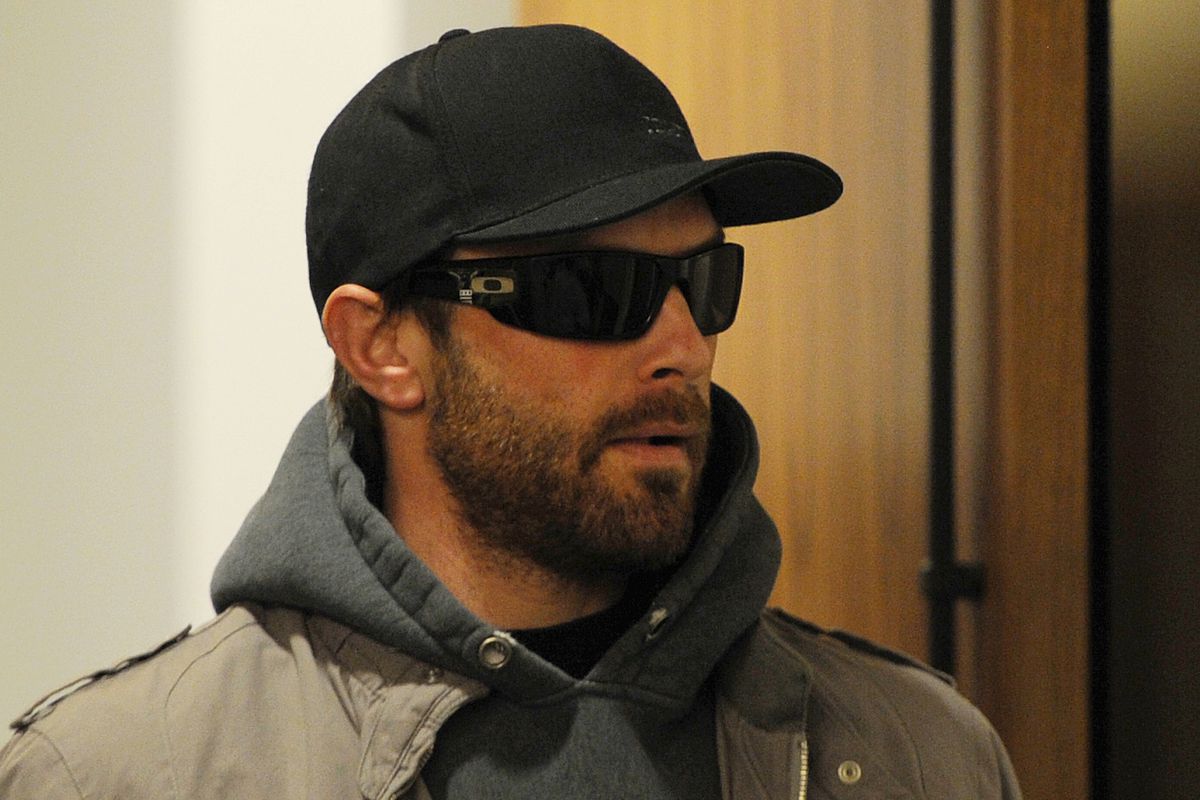 Track Palin has been charged with assaulting a "female acquaintance" at his Wasilla home and resisting Alaska State Troopers as they tried to arrest him.

After assaulting the person Friday night, Palin, 29, prevented her from calling authorities by taking away her phone, Alaska State Troopers said in a press release.

This is not the first brush with the law for Track Palin, who served in the U.S. Army and is known to have been deployed to Iraq for a year. He served with the 25th Infantry Division's 1st Stryker Brigade Combat Team in 2008, according to news accounts.

Palin was arrested Saturday on charges of fourth-degree assault, interfering with a domestic violence report, resisting arrest and disorderly conduct. He was transported to Mat-Su Pretrial facility, where he was held without bail.

Troopers did not provide details about the assault.

In June, Palin pleaded guilty to assaulting his father, Todd, at the family's Wasilla home. In that case, Palin showed up at his parents' home to confront his father, who met him at the door with a pistol, according to the original charging documents in the case.

Palin broke a window, entered the home and assaulted his father, leaving him bleeding from the head, according to the charges. Sarah Palin called police.

Track Palin agreed in June to plead guilty to a reduced charge of misdemeanor criminal trespass and enrolled in a therapeutic court program for military veterans, in which participants agree to work to better themselves in exchange for reduced criminal penalties.

In mid-2016, Track Palin entered a plea deal for two years of probation following a domestic violence arrest at the family home in January that year.

In that case, a woman told authorities Palin punched her in the face and had a gun, according to charging documents. Palin described a drunken altercation during which she hit him in the face.