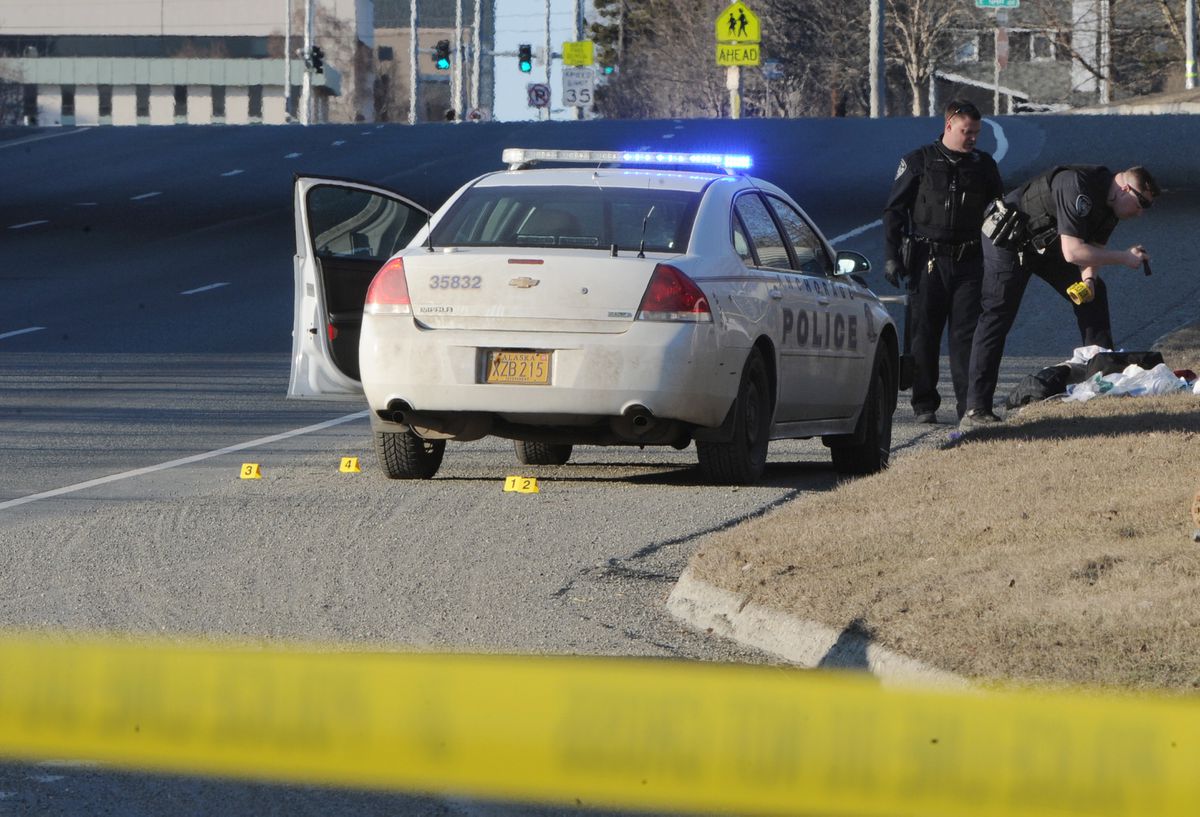 A man wielding a BB gun was shot along a major street during a confrontation with officers Monday evening and died of his injuries, Anchorage police said.

Police received calls around 5:43 p.m. describing a man in a black puffy jacket who was waving around a black gun in the parking lot of the Walmart on A Street at Benson Boulevard and “making people uncomfortable,” Anchorage police chief Justin Doll said in a Monday night news conference.

The man headed north on A Street by bus and got off near 16th Avenue, where officers located him, Doll said.

Three patrol cars arrived, Doll said. The man walked southbound toward the officers, and continued to walk toward them after officers told him to stop, according to Doll.

He then pulled a BB gun that looked “like a real pistol” from his waistband and pointed it toward officers, Doll said.

That was when officers fired on the man multiple times, Doll said. Bystanders on the 15th Avenue overpass said they heard several rounds of shots fired Monday evening.

“The officers gave orders for the suspect to stop walking,” police said in a written statement. “The male ignored the commands, and while continuing to advance towards the officers, pulled a gun from his waistband and pointed it in the direction of officers. In response three officers fired their duty weapons multiple times.”

“I’d say there was more than a dozen shots,” said Vic Shincke, who said he was sitting on the hillside near A Street when shots rang out.

Police administered first aid to the man until medics arrived, the police department said. He was taken to the hospital and declared dead shortly before 8 p.m., according to police.

No police officers were injured, Doll said. The three officers involved will be placed on mandatory administrative leave for 72 hours, after which their names will be released, police said.

Police said the identity of the man will be released once next-of-kin has been notified.

The Office of Special Prosecutions will review the case, and Internal Affairs will also investigate, according to police.