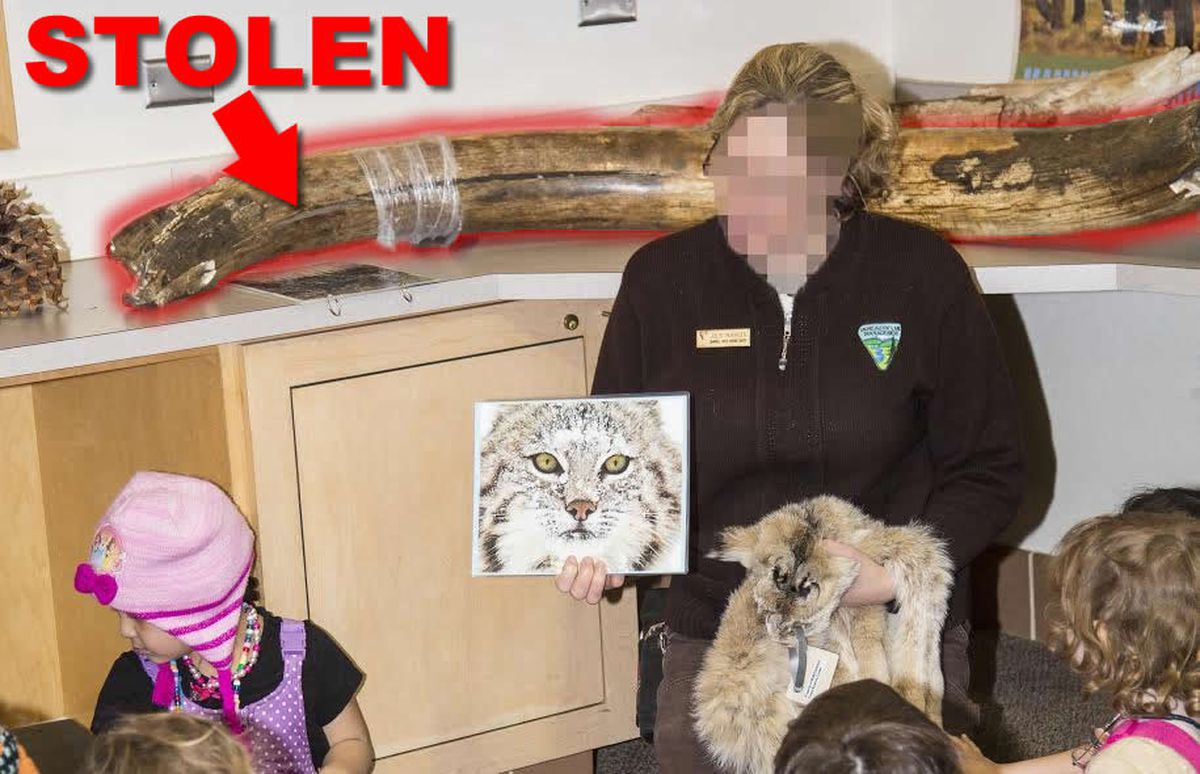 An Alaska man who stole a fossilized woolly mammoth tusk and sliced it into pieces for resale will serve nearly three years in federal prison.

U.S. District Judge Sharon Gleason on Thursday sentenced Martin Elze, 52, to 33 months for the theft of the 5.5-foot tusk from the Bureau of Land Management’s Campbell Creek Science Center in Anchorage. Gleason also ordered Elze to pay $8,385.82 in restitution to the center.

Elze in December pleaded guilty to one count of removal of a paleontological resource. An accomplice, Gary Lynn Boyd, pleaded guilty in January and will be sentenced May 15.

The woolly mammoth is Alaska's official state fossil. The intact tusk was worth $7,000 to $9,000, according to federal prosecutors. Artists carve pieces for jewelry or small sculptures.

The Campbell Creek Science Center is a popular destination for Anchorage schoolchildren, and visitors could touch the tusk.

Pat Druckenmiller, director of the University of Alaska Museum of the North, said after the theft that mammoths generally died out at the end of the Pleistocene Era 11,000 to 12,000 years ago. A few survived on islands such as Wrangel Island off northeast Siberia until about 4,000 years ago, he said.

The stolen tusk was one of several found in the mid-1980s near the Colville River, which flows into the Arctic Ocean north of the Brooks Range.

Elze and Boyd on March 17, 2018, visited the small museum and asked staff about the tusk's weight and authenticity, prosecutors said. One night later, they returned. Boyd used a rock to break a window and open a door, causing $1,385.22 in damage.