Man found dead after Midtown Anchorage hit-and-run had been lying on road for more than an hour, police say 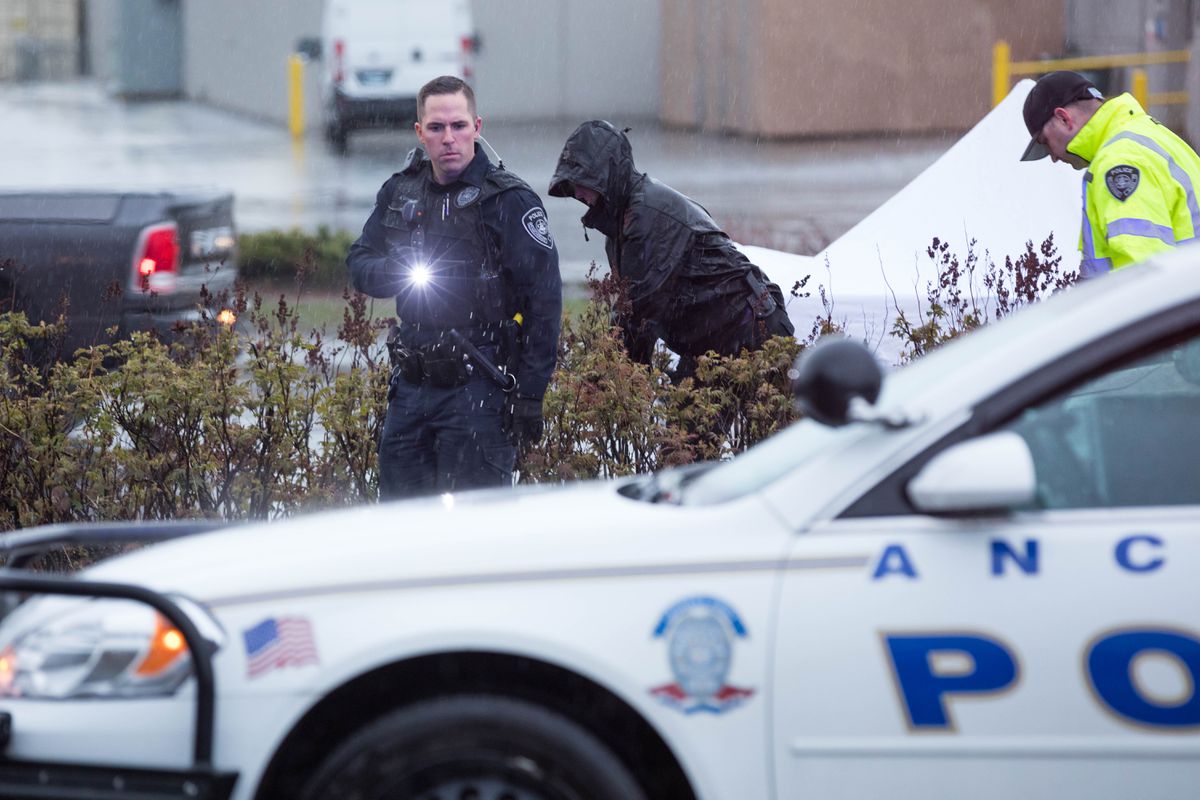 Anchorage police investigate what they described as a fatal hit-and-run collision on East Benson Boulevard in Midtown Anchorage on Wednesday morning, May 8, 2019. (Loren Holmes / ADN)

Anchorage police investigate what they described as a fatal hit-and-run collision on East Benson Boulevard in Midtown Anchorage on Wednesday morning, May 8, 2019. (Loren Holmes / ADN)

The man found dead after an early morning hit-and-run last week in Midtown Anchorage had been lying on the road for more than an hour, with “multiple” vehicles and pedestrians passing, before he was struck, police said in a statement Wednesday.

The driver of the suspect vehicle has been located and questioned, police said.

Officers found 36-year-old Dwayne Nelson dead in the far left lane of Benson Boulevard between A and Denali streets around 2:30 a.m. May 8.

Nelson walked into the road sometime around 1 a.m. and fell. At some point, a pedestrian pushing a cart laid a light-colored blanket over Nelson and continued on.

“During this time multiple vehicles passed him and multiple pedestrians were in the area,” police said.

No witnesses have come forward with information about the collision, said MJ Thim, a spokesman for the Anchorage Police Department. Since it was dark and Nelson was covered with a blanket, people in the area may have not known there was a person in the road, Thim said.

“Now that they know that was the case, maybe that will jog somebody’s memory,” he said.

After Nelson had been in the road for about an hour, he was hit by a 1994 Subaru station wagon, police said. The driver was interviewed by police and released, but no charges have yet been filed against him, according to the statement.

It’s unclear whether Nelson was killed when the Subaru hit him or if he died from another cause before that, Thim said. Police are waiting on the state medical examiner to determine the cause of death.

The results of that examination will also reveal whether Nelson had alcohol or drugs in his body when he died, Thim said.