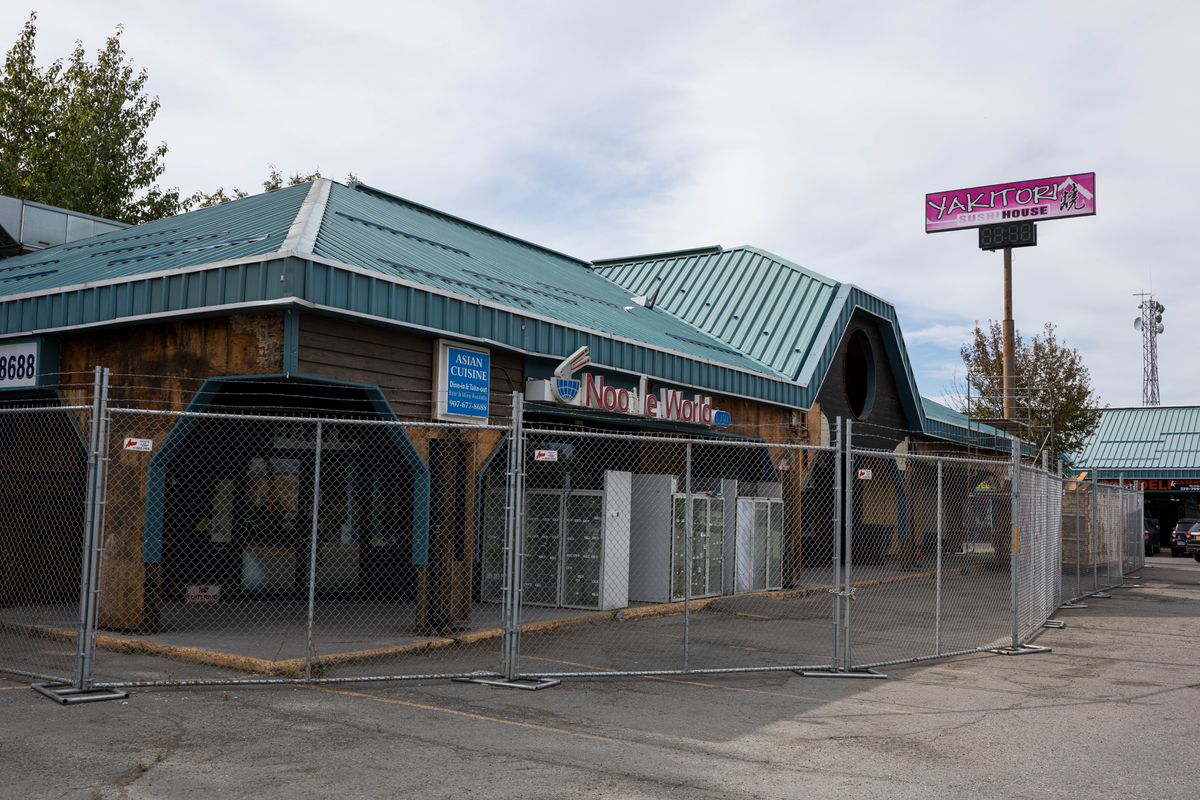 More than seven months after a string of large fires razed four Anchorage businesses, questions still remain about how the fires started and who is responsible for setting them, a fire official said this week.

Over a period of five weeks in January and February, four commercial properties — a shuttered seafood restaurant, a hotel under construction and two Asian restaurants housed in the same strip mall — were destroyed or badly damaged in suspicious fires.

Two of the blazes, those at Yakitori Sushi House and Noodle World on Tudor Road, resulted from arson, according to Anchorage Fire Marshal Cleo Hill. The two restaurants burned in February within days of each other.

The other two fires destroyed the permanently closed Sea Galley restaurant and the unfinished Courtyard by Marriott hotel, both located off C Street in Midtown. Those fires, seen widely across Anchorage, were caused by people, but whether they were set accidentally or intentionally is still unknown, Hill said.

All four investigations are still open.

“Depending on the type and severity of the fire, we will keep them open indefinitely,” Hill said. At some point, however, the fire department might opt to put an investigation into reserve status — meaning it isn’t closed but the fire is no longer actively being investigated, she said.

That may be the next course of action for the Sea Galley, where fire investigators have hit a standstill.

“We have run out of leads at this point,” Hill said.

Investigators believe that people whom Hill described as “vagrants” were inside the abandoned restaurant before the fire started.

The Sea Galley was demolished this week after sitting charred and derelict for several months. The on-scene portion of the investigation has been completed there, Hill said, so the demolition doesn’t interfere with investigators’ work.

“You can see what it can be now, instead of an ugly, burned-out building,” said Jerry Neeser, the Anchorage developer who bought the property in July.

Neeser said he doesn’t have a concrete plan for what he’ll develop there but mentioned the possibility of office space and apartments.

Down the street, the ruined remains of the unfinished Courtyard by Marriott that was destroyed in a Jan. 26 fire have also been torn down. Ric Marko, the developer of the property, said Thursday that his company is working with their insurer on a final settlement amount that would allow them to restart construction on the hotel.

Only one person has been charged in any of the fires: 37-year-old John Vang, who detectives say was caught on surveillance footage as he and an accomplice were fleeing the burning Yakitori Sushi House. Vang’s charges claim one of his co-workers at Target recognized his face in the widely circulated footage.

Vang and another man are accused of forcing their way into the Japanese restaurant just before 4 a.m. and using two milk jugs filled with an “unknown accelerant" to cause an explosion strong enough to shatter the building’s windows, the charging document claims.

Vang was arrested July 8, five months after being charged with first-degree arson and burglary, according to the hearing record in his case. He is being held at Goose Creek Correctional Center on a cumulative $110,000 bond. His court case file makes no mention of a motive for the crime.

The accomplice, who was wearing a mask at the time, remains unidentified, Anchorage police spokeswoman Renee Oistad said. No additional suspect information will be released for any of the fires unless a person is charged, she said.

Both Yakitori Sushi House and its neighbor, Noodle World, are still boarded up and fenced off, along with the liquor store that sat between them.

Yakitori Sushi House owner Dan Zhou, known to customers as Jennifer, said Wednesday that the restaurant will reopen “100%” but didn’t have an estimate for when repairs might be completed. Elizabeth Yuk, the owner of Noodle World, did not respond to a message asking for comment Wednesday.