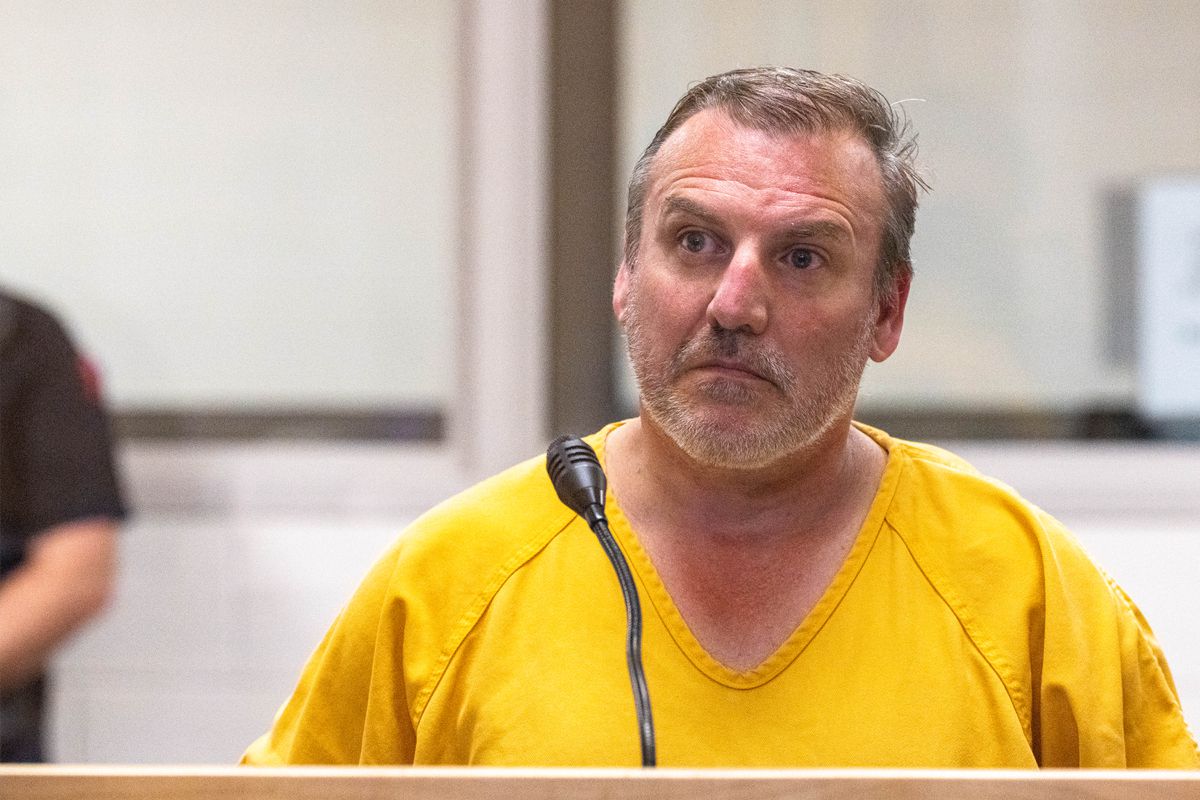 The man charged in the brutal slaying of a 30-year-old Anchorage woman at a Midtown hotel last month is now charged with killing a second, unrelated victim more than a year ago.

Authorities say 48-year-old Brian Steven Smith is accused of killing two Alaska Native women and dumping their bodies to cover up his crimes.

The state is requesting that Smith’s bail be increased to $2 million from $750,000 to reflect his risk to the public, especially vulnerable populations, and the danger he might flee. Originally from South Africa, Smith has lived in Alaska for the past five years. Prosecutors say he became a naturalized United States citizen last month.

During an Oct. 8 interview with homicide detectives after his arrest, Smith admitted he shot a woman between 2017 and 2018, authorities told reporters Thursday afternoon. He also provided the location of her body.

The second victim was identified as 52-year-old Veronica R. Abouchuk.

Abouchuk was reported missing in February and was last seen last year, authorities say. Her remains were found along the Old Glenn Highway in April, when Alaska State Troopers recovered a skull with a gunshot wound from an area east of the old Eklutna Power Plant.

Detectives showed Smith a photo of Abouchuk during his interview, court documents show. He admitted she was the woman he shot.

A missing-person alert from Anchorage police in July described Abouchuk as homeless. Her family last saw her in July 2018.

“These were two Alaska Native women, and I know that hits home here in Alaska. And we’re cognizant of that. We treat them with dignity and respect,” deputy district attorney Brittany Dunlop said Thursday. “As far as Mr. Smith’s motives, I can’t speak to that.”

When asked whether investigators believe Smith may have harmed others elsewhere, Anchorage Police Chief Justin Doll said that “we will look at every single aspect of the case and, if necessary, follow it wherever we need to.”

Both Doll and Dunlop cited the ongoing investigation when responding to questions about other potential victims and suspects, and the possibility of additional charges against Smith.

“We don’t believe that there’s a particular public safety threat at this point,” Doll said. “Of course, we will look at anybody else that might be involved as the investigation unfolds.” He stressed that only Smith has been charged in the crimes.

After handing down the original indictment against Smith on Monday, a grand jury issued a second, supplemental indictment Thursday adding five counts against him, including murder and evidence tampering. State prosecutors added to the indictment a misdemeanor count of misconduct involving a corpse.

Smith was arrested earlier this month after someone found a small memory card on the ground Sept. 30 near the Anchorage Carrs store at Gambell Street and East 13th Avenue. The card, labeled "Homicide at midtown Marriott,” contained 39 images and 12 videos taken from Sept. 4 to Sept. 6 — all documenting the horrifying scene at a local hotel, according to charging documents.

The images showed a naked woman, later identified as Henry, being beaten and strangled in a hotel room, charges say. She tried to fight back. Other footage showed a man detectives later identified as Smith yelling at her to die and laughing, according to the charges. The man is described as having an English-sounding accent.

Images also showed a body covered in a white sheet being moved through a parking lot to a truck, the charges say. Police identified Henry as the woman whose remains were found near the Seward Highway south of Anchorage on Oct. 2.

Smith, in his interview with homicide detectives Oct. 8 after his arrest, admitted disposing of Henry’s body along the highway and that he was the male in the images and videos on the card, according to a memo submitted with the state’s increased bail request.

Smith poses a significant public safety risk to “vulnerable, homeless women currently living on the streets of Anchorage," prosecutors argue in the memo.

He also poses a significant flight risk given his family ties in South Africa, the document says. Along with higher bail, the state is also asking that Smith surrender any passports he holds.