Man accused of murder told police he stabbed woman, thought she was dead and set SUV on fire 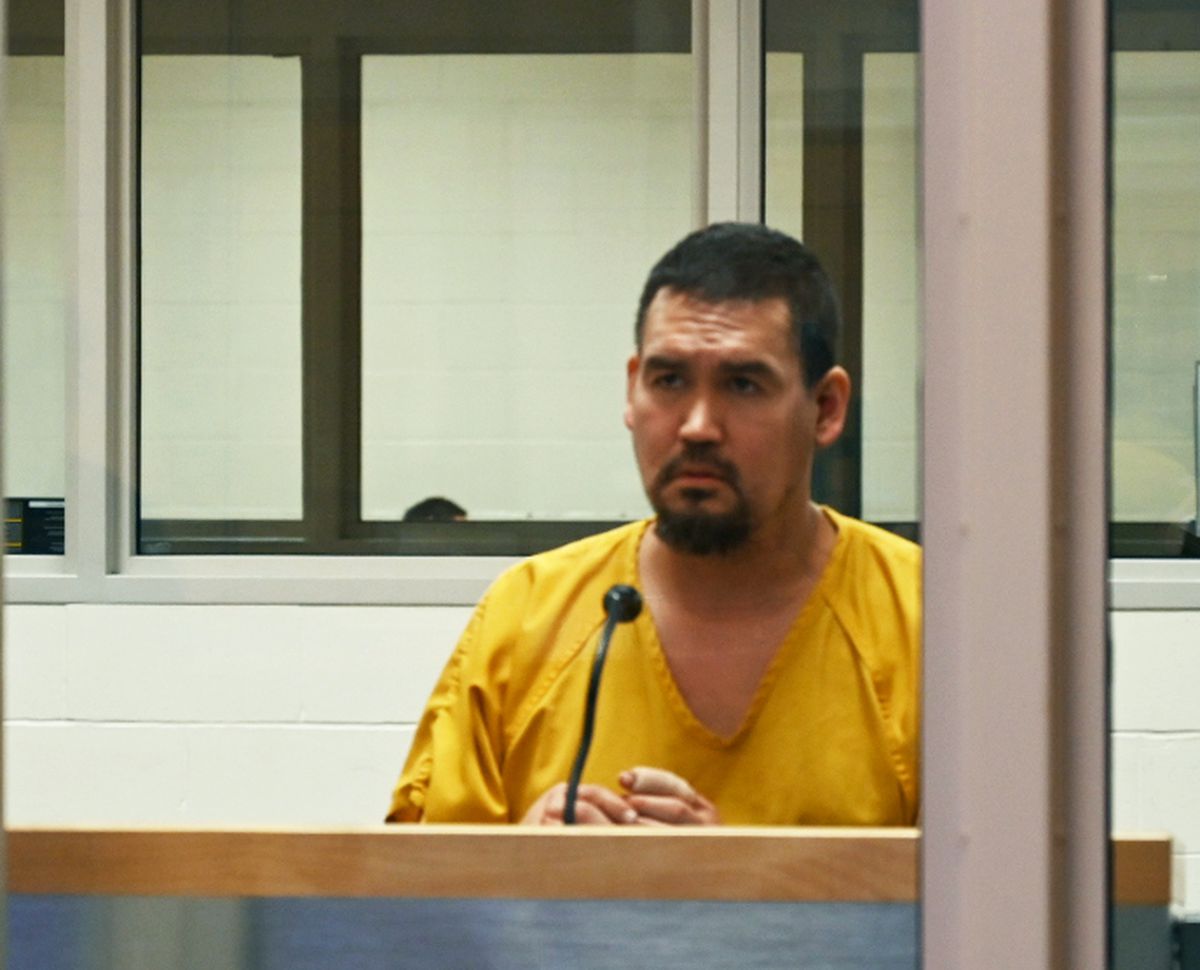 Trevor Babcock, 42, at an arraignment at the Anchorage jail courtroom on Saturday. Babcock is charged with murder in the death of a person discovered in a burned SUV in East Anchorage early Friday. (Jeff Parrott / ADN)

Trevor Babcock, 42, at an arraignment at the Anchorage jail courtroom on Saturday. Babcock is charged with murder in the death of a person discovered in a burned SUV in East Anchorage early Friday. (Jeff Parrott / ADN)

Police identified the victim as Elsie Jackson, 54. They did not specify her relationship with suspect Trevor Babcock.

The man charged with murder in the death of a person found in a burned SUV early Friday in East Anchorage said the victim was “being mean” to him and stabbed him, according to a police affidavit.

Trevor Babcock, 42, was being held at the Anchorage jail on two counts of second-degree murder and one count each of first-degree arson and tampering with physical evidence.

According to an affidavit by an Anchorage Police Department detective, police and fire crews responded to reports of a vehicle fire around 12:45 a.m. in a residential area near East 22nd Avenue and More Street, not far from Cheney Lake Park. They found a white 2000 Cadillac Escalade ablaze with human remains in the front passenger side of the SUV. Investigators recovered video showing someone leaving the vicinity of the fire around the time it was burning.

Because of the condition of the body, police were working with the state medical examiner to make a determination of the victim’s identity, gender and cause of death, a police spokesman said Friday.

Around 8:29 a.m. Friday, a person on East 21st Avenue about a block from the Escalade fire reported to police that a man with bloody knuckles at her door told her to call 911. Police arrived and made contact with Babcock, who “admitted that he killed a person and burned a vehicle,” according to the affidavit.

Babcock was taken to APD headquarters, where he told police that a female acquaintance was driving the Escalade while he and his wife were riding along and drinking, the affidavit states.

“The female acquaintance was ‘being mean’ to him and he decided that he had enough,” according to the affidavit.

Babcock wanted her out of the Escalade, so he reached up from where he was sitting in the backseat and removed the keys from the ignition to stop the engine, he reportedly told investigators. That’s when she started stabbing him with a knife, he said, according to the affidavit.

Babcock took the knife and stabbed the woman repeatedly, then moved her to the passenger side of the Escalade, he told police, according to the affidavit. He said he thought she was dead, the document states.

He drove around before finally stopping the Escalade, then lit the driver’s seat on fire and walked away, according to the affidavit. The document does not mention Babcock’s wife again in its description of how the killing unfolded or subsequent events.

Babcock made his first court appearance at an arraignment early Saturday afternoon. Bail was set at $500,000 cash performance and $500,000 cash appearance, with supervision from the Pretrial Enforcement Division.