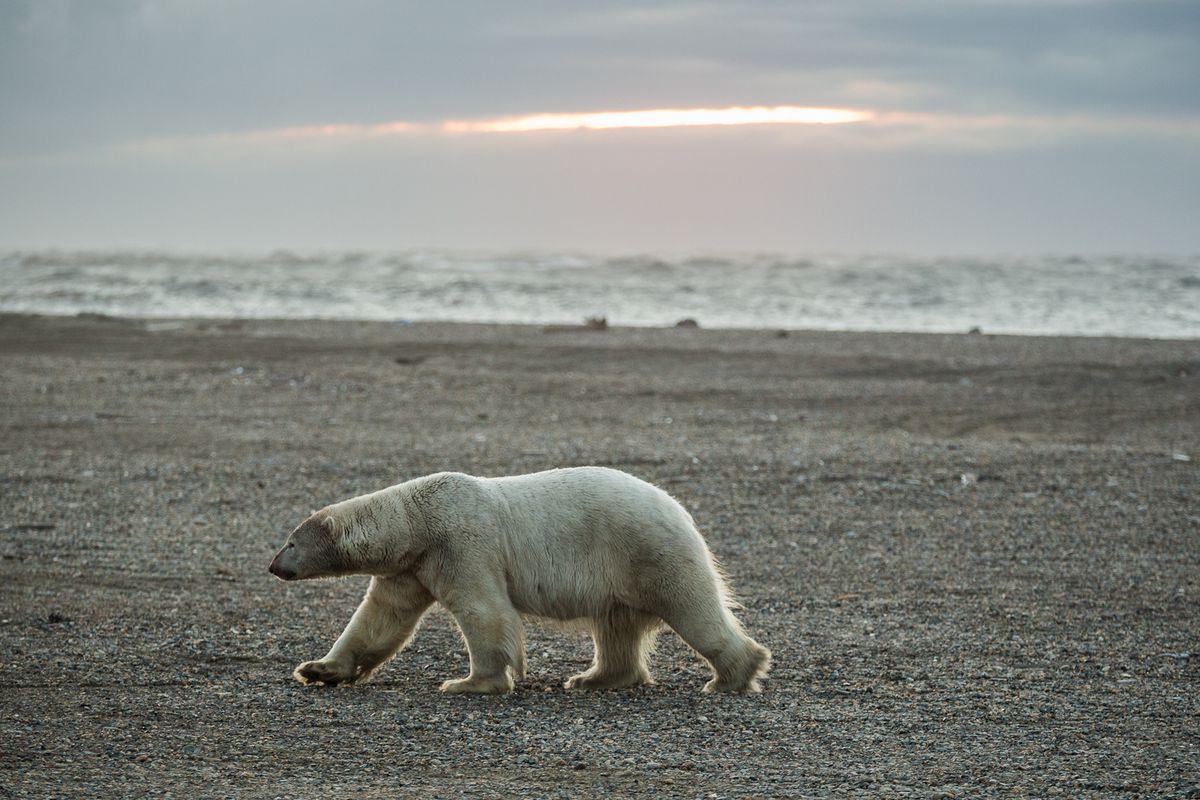 A polar bear walks along the beach in Kaktovik, Alaska, at sunset on Sept. 7, 2012. (ADN archive)

A polar bear walks along the beach in Kaktovik, Alaska, at sunset on Sept. 7, 2012. (ADN archive)

A man from a northern Alaska island village pleaded guilty Monday in federal court for shooting a polar bear that had wandered into his front yard to eat whale meat that had been left out.

Christopher L. Gordon violated the Marine Mammal Protection Act because the bear’s carcass was not used for subsistence, but instead left in his front yard for months, charges said. The act allows coastal-dwelling Alaska Natives to hunt marine mammals for subsistence purposes or to create clothing and crafts as long as it is not wasteful. Gordon, a whaling captain from Kaktovik, is qualified under the Act, charges said.

Kaktovik is an Arctic village on the north shore of Barter Island in the Beaufort Sea. The village has experienced a tourism boom during the last decade because of the large polar bear population.

Last December, Gordon left butchered bowhead whale meat outside his home for a “substantial period of time,” charges said. The meat attracted a range of animals, including a polar bear, according to charges. In a plea agreement signed Friday, Gordon said he had chosen not to use the bear resistant food storage lockers available to him.

On Dec. 20, he shot a polar bear because it was trying to eat the whale meat, charges said. He left its carcass in his front yard for five months, where it became covered with snow. charges said.

A snow vehicle moved the bear’s body to the dump in early January, but one of its paws was ripped off during the process, the plea agreement said.

The bear’s body was burned in the Kaktovik dump in May without being salvaged for a pelt or used for subsistence, the plea agreement said.

Gordon pleaded guilty Monday to a misdemeanor charge of wasteful taking of marine mammal. According to a signed plea agreement, which was filed Friday, he could be sentenced to up to four months in jail. Gordon agreed to pay a $4,500 fine and will spend a year on supervised release that will bar him from hunting any marine mammals other than bowhead whales.

Chloe Martin, a spokeswoman for Alaska’s U.S. Attorney’s Office, said prosecutors “are letting the plea agreement speak for itself.”

Gordon’s attorney could not be reached Monday.