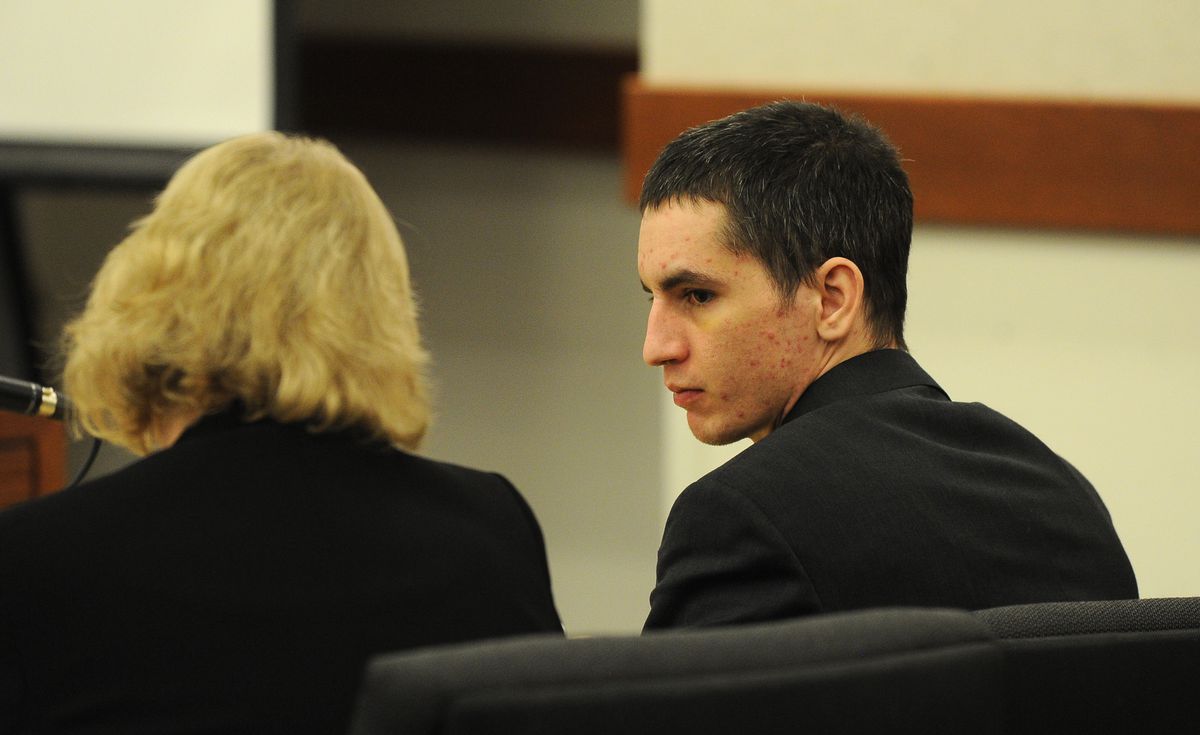 Jordan King was convicted of attempted murder, kidnapping and sexual assault in 2017 for his attack on Shawna Robb, who just won a settlement from the state over her contention that Alaska State Troopers failed to warn her of King's escape from house arrest. (Bob Hallinen / ADN archive)

Jordan King was convicted of attempted murder, kidnapping and sexual assault in 2017 for his attack on Shawna Robb, who just won a settlement from the state over her contention that Alaska State Troopers failed to warn her of King's escape from house arrest. (Bob Hallinen / ADN archive)

PALMER — The Alaska Department of Public Safety will pay $500,000 to Shawna Robb, the Wasilla woman ambushed by an attacker without receiving warning that he had escaped house arrest.

The money is a settlement for the state’s role in a civil lawsuit filed by Robb in 2017 that claims Alaska State Troopers failed to protect her when Jordan King left his family’s custody and came for her.

King, who is 27 now, was later convicted of attempted murder, kidnapping and sexual assault after he ambushed Robb at her house early that March morning in 2016 while awaiting trial on 2015 charges that he attacked and sexually assaulted her.

The two had worked together at a Wasilla restaurant and had what prosecutors described as a brief “failed relationship” before the attacks occurred.

When King fled house arrest in 2016, nobody contacted Robb to let her know, even though his stepfather called troopers to ask for help with the increasingly difficult job of watching him, and then called 911 10 minutes later when he discovered King was gone.

Robb, 43, filed the lawsuit against the Department of Public Safety, as well as King’s family members who were supposed to be monitoring him. The lawsuit against King’s mother and stepfather remains active and set for trial next year. Robb is represented by attorneys Joshua Fannon and Gregory Parvin.

Robb’s lawsuit claimed the troopers did not notify her and also failed to respond quickly once her niece reported her kidnapped and didn’t call in additional searchers to find her faster.

The Department of Public Safety and Robb agreed to resolve its role in the case with a $500,000 settlement, a state Department of Law spokeswoman confirmed Thursday.

Asked if the state Department of Public Safety has changed any policies for notifying victims since the Robb case came to light, the state sent a statement: “DPS takes victims’ rights seriously and is proactively reviewing its policies to ensure victims’ rights are protected.”

Robb said in a text message Friday that she appreciated the state taking her complaint seriously and “reviewing the circumstances of my abduction and attack to develop policy changes that will prevent other women from being subjected to what I endured.”

The case started in December 2015 when King showed up at Robb’s house, snuck in through the dog door and pistol-whipped and sexually assaulted her, according to court testimony. She fled to Wasilla police when King was in the bathroom. He was arrested after a high-speed chase.

Robb was “terrified” when prosecutors told her about a proposal to release him on bail, according to the lawsuit. She agreed only if he was put on house arrest with an electronic ankle monitor, which prosecutors requested. A judge approved his grandmother, mother and stepfather as third-party custodians, and made sure they had a home security system, but King was not required to wear the monitor.

King’s parents called 911 just before he escaped because he was “wandering” to the end of the property, but they were told to bring him to the troopers post themselves, according to the complaint. Before his stepfather could get King into the car, King fled.

The stepfather called 911 around 8 p.m. March 11 to report King gone. Troopers opened a “reportable incident” file, they have said, as a placeholder for an investigation. They did not notify Robb, go to the house of King’s custodians or inform the detectives on his case or the on-call district attorney in Palmer, according to the lawsuit.

By 4:30 a.m. the next day, when Robb went outside to warm up her pickup before leaving for a morning shift at the restaurant, King was there holding a 12-inch butcher knife to her throat. He tied her up and drove her to a pre-planned location outside Houston.

[Wasilla woman’s attacker escaped house arrest. Nobody told her – and then he showed up.]

During a November 2017 trial, Robb testified that she suffered a 12-hour ordeal during which she was sexually assaulted twice and was led through the woods on a dog leash, hands bound. She suffered a deep gash in her leg as well as cuts, bruises and bite marks before she talked King into giving himself up.

“I don’t know that I will ever heal from the attack I suffered in 2016,” Robb wrote in Friday’s message. “I am looking forward to someday putting all of this behind me, to whatever extent I can.”