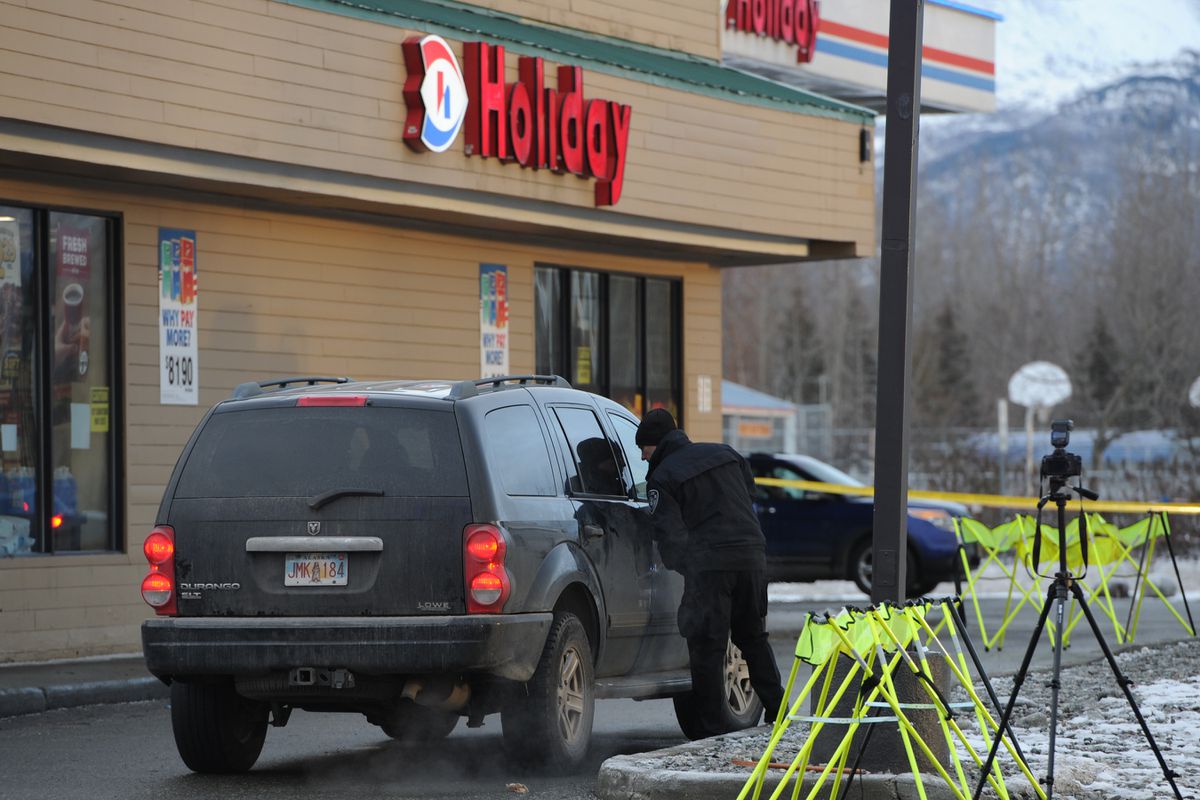 A man wanted on three charges of murder was arrested Friday after evading Anchorage police for a month.

According to charging documents, 43-year-old Tierre Eady fatally shot 42-year-old Jerry Sales on Dec. 16 outside the Holiday gas station on Mountain View Drive. The men had fought over an alleged affair and drug sales before Eady shot Sales in the chest, the documents said.

Officers arriving just after 10 a.m. found Sales’ body on the ground near the gas station’s back door. His black Dodge Durango was parked 20 feet from his body and still running, the charges said.

Sales died from a single gunshot wound in his chest, the charges said. Officers draped a white cloth over his body and the gas station remained open while police investigated.

Eady was identified as a person of interest in the shooting later that day.

According to charges, he and Sales had arranged to meet at the gas station. Sales was angry with Eady and accused him of selling drugs to Sales’ pregnant wife and having an affair with her, the charges said.

Surveillance video showed a Ford Windstar, believed to be driven by Eady, parking outside the gas station. A woman left Eady’s car and went into the store but quickly returned. Charges said that Sales pulled up next to the van less than three minutes later.

The woman later told police she saw Sales hit Eady as he accused him of having an affair with his wife. Eady then shot Sales, the woman told investigators. Police did not find any weapons in Sales’ vehicle.

Eady and the woman took off in the van about 25 seconds after Sales arrived, the charges said.

Police found the van parked in an alley near the 400 block of North Bragaw Street, charges said. An ammunition magazine was found inside, with two of the .40-caliber bullets missing.

Police warned that Eady was considered armed and dangerous and a warrant was issued for his arrest Dec. 17.

Last week, officers with the Investigative Support Unit were notified that Eady may be in the area of Price Street and Thompson Drive, police said in an online alert. He was arrested during a traffic stop Friday afternoon.

Eady appeared in court Saturday and is being held on a $1 million bond.