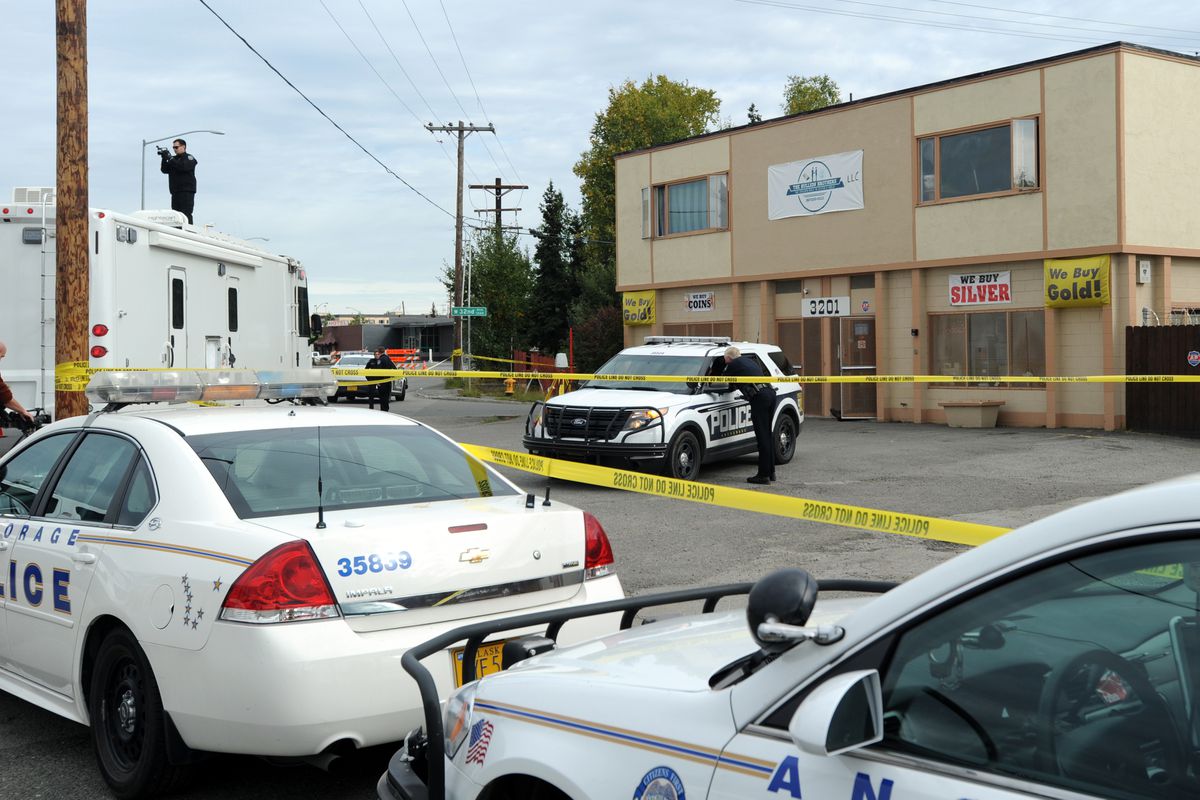 Anchorage jurors heard two sharply different stories Wednesday morning about what happened inside a Spenard gold shop more than two years ago when three men were shot to death.

Anthony Pisano, now 45, faces nine counts of murder in the deaths of 31-year-old Steven Cook, 48-year-old Kenneth Hartman and 31-year-old Daniel McCreadie. During opening arguments on the first day of trial, Pisano’s attorney Kevin Fitzgerald argued that police arrested the wrong man and said the only other surviving witness, who hasn’t been charged with a crime, is to blame.

Prosecutor Brittany Dunlop rejected that version of events and told the jury that Pisano had walked into The Bullion Brothers shop on Sept. 12, 2017, with the intent to kill.

“Ladies and gentlemen, there was no second shooter and this wasn’t self-defense,” she told the jury.

Dunlop described the business as “the Cheers of gold bullion shops." Co-owners Michael Dupree and Cook opened the store in 2015 and Dunlop said friends and customers would stay for hours to “shoot the breeze." There was a lot of trust, so many regular customers were allowed unrestricted access to the store.

Dupree and Cook were introduced to Pisano through a mutual friend who is a police officer. Pisano retired from the military in the summer of 2017 after a nearly two-decade career. He became friends with the men and provided security for the store. He also equipped both Dupree and Cook with the same 9mm handgun that he owned. All three men carried their guns with them in the shop.

On Sept. 12, Dupree was the first to call 911. In the recorded call played for jurors Wednesday afternoon, he tells the dispatcher he wrestled a handgun from Pisano after watching him shoot Cook.

Dupree, sounding out of breath, said he ran from the store.

Pisano then shot McCreadie, who lived across the hall from the shop. His body rested in the open doorway with his feet sticking outside.

At the top of the stairs, Hartman, who lived above the shop, was shot six times. He was unarmed.

Dunlop, the prosecutor, showed the jury photos of Pisano turning off the security cameras when he entered the store that morning and said he was carrying a black box containing flares and two Nalgene bottles filled with gasoline. The day before the shooting, security footage showed him checking to see how much cash was inside the store.

Pisano was in desperate need of money, Dunlop said, and that was what motivated him. She said Dupree described a close relationship with Pisano.

After leaving the scene of the crime, Pisano made calls to his wife and several of his friends who worked for the Anchorage Police Department. He only reached one of the officers, who called him back to instruct him to dial 911.

Pisano shot McCreadie and Hartman out of self-defense and was not responsible for Cook’s death, Fitzgerald said. Dupree fatally shot Cook during an argument, Fitzgerald told jurors.

Fitzgerald told jurors that Pisano tripped and fell after Cook was shot. His gun had come out of his holster and Dupree grabbed it before leaving the shop, Fitzgerald said.

Hartman, alarmed by the gunshots, appeared at the top of the stairs. Fitzgerald said Pisano believed he was armed.

Fitzgerald said his client had years of military experience and “was a trained shooter.” He said it does not make sense that Dupree would have been able to grab a gun from Pisano.

Fitzgerald said investigators did not process the scene properly because additional bullet holes and shell casings were discovered weeks later.

It’s unclear when the trial will conclude, but attorneys estimate it may stretch between four and six more weeks.