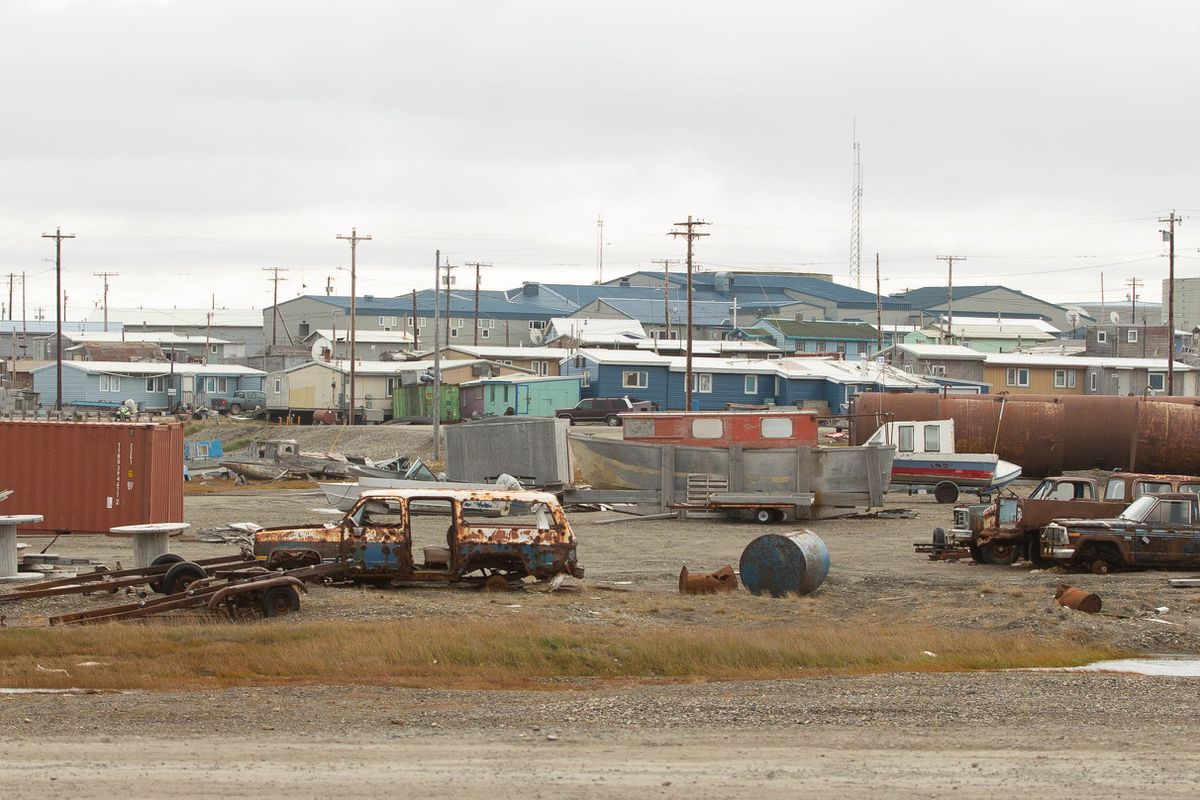 The Alaska Eskimo Whaling Commission and two other Native organizations say they are “outraged” after a judge handed down a prison sentence and hunting restrictions for a whaling captain who shot and wasted a polar bear.

U.S. District Judge Ralph R. Beistline on Friday sentenced 36-year-old Christopher L. Gordon from Kaktovik to three months in prison, a $4,500 fine and a year of supervised release after prison that will allow him to hunt bowhead whales, but not other marine mammals, such as seals.

Kaktovik is a North Slope village with a population of about 250. It is located on Barter Island in the Beaufort Sea, inside the Arctic National Wildlife Refuge.

In a prepared statement, the whaling commission, the Native Village of Kaktovik and the Alaska Nannut Co-Management Council, composed of tribal governments whose members hunt polar bears, called the sentence “entirely inappropriate.”

“Mr. Gordon is a hunter and a provider for his family and the community of Kaktovik,” the statement said. “Sentencing him to prison and placing limitations on his hunting is not merely a punishment of Mr. Gordon, but a punishment of his children, elders and other community members who rely on him for food.”

The groups were not parties in the case.

“The U.S. Attorney’s Office is going to let the facts of this case speak for themselves," said Chloe Martin, a spokeswoman for the office, in an emailed statement. "Gordon pleaded guilty to the charges under terms of a plea agreement negotiated by Gordon and his defense attorney.”

In December, Gordon pleaded guilty to shooting a polar bear in his front yard on Dec. 20, 2018. Gordon killed the bear because it was eating a large amount of whale meat he had left in in his yard and planned to share with the community.

Gordon left the bear carcass in the yard for five months. No part of it was salvaged.

Gordon, who is Alaska Native, is allowed to hunt polar bears and bowhead whales under the Marine Mammal Protection Act, but can only do so for subsistence.

Gordon is a captain in the whaling commission, according to a sentencing memorandum from the U.S. Attorney’s office.

The case should have been handled with “civil, locally-driven penalties," the groups said in the statement.

They suggested that a tribal restorative justice program would have been a better deterrent than prison. The tribal government, working with the polar bear group, had set a penalty that included 300 hours of community service, including digging ice cellars where meat can be stored in the village.

During the hearing, Edward Rexford Sr., the president of the tribal government, said Gordon had an important role in hunting and providing meat for the village.

In light of such concerns, the U.S. Attorney’s Office said it will support a “reasonable delay” before Gordon is taken into custody, Martin said.

Gordon said in the hearing that he didn’t want to kill the bear. But he “ran out of hazing rounds and that thing just kept coming back.”

Beistline, the judge, said Gordon was not being criticized for killing the bear, but for the way in which he dealt with it after it was shot.

Beistline said he would recommend that Gordon be able to serve his time in Alaska, where there is no federal prison. But he said that decision will be up to the Federal Bureau of Prisons.

Although Gordon was ultimately sentenced to three months in prison, the U.S. Attorney’s Office in Alaska had recommended a longer, four-month prison sentence, according to a sentencing memorandum signed by Assistant U.S. Attorney Ryan Tansey. Tansey prosecuted the case.

Gordon’s defense team did not recommend a prison sentence. Instead, the defense had recommended a sentence that included a month of home detention, alongside the tribal sentence.

Officials with the polar bear group declined to provide further comment beyond the statement. The Kaktovik tribal government could not be reached for comment.