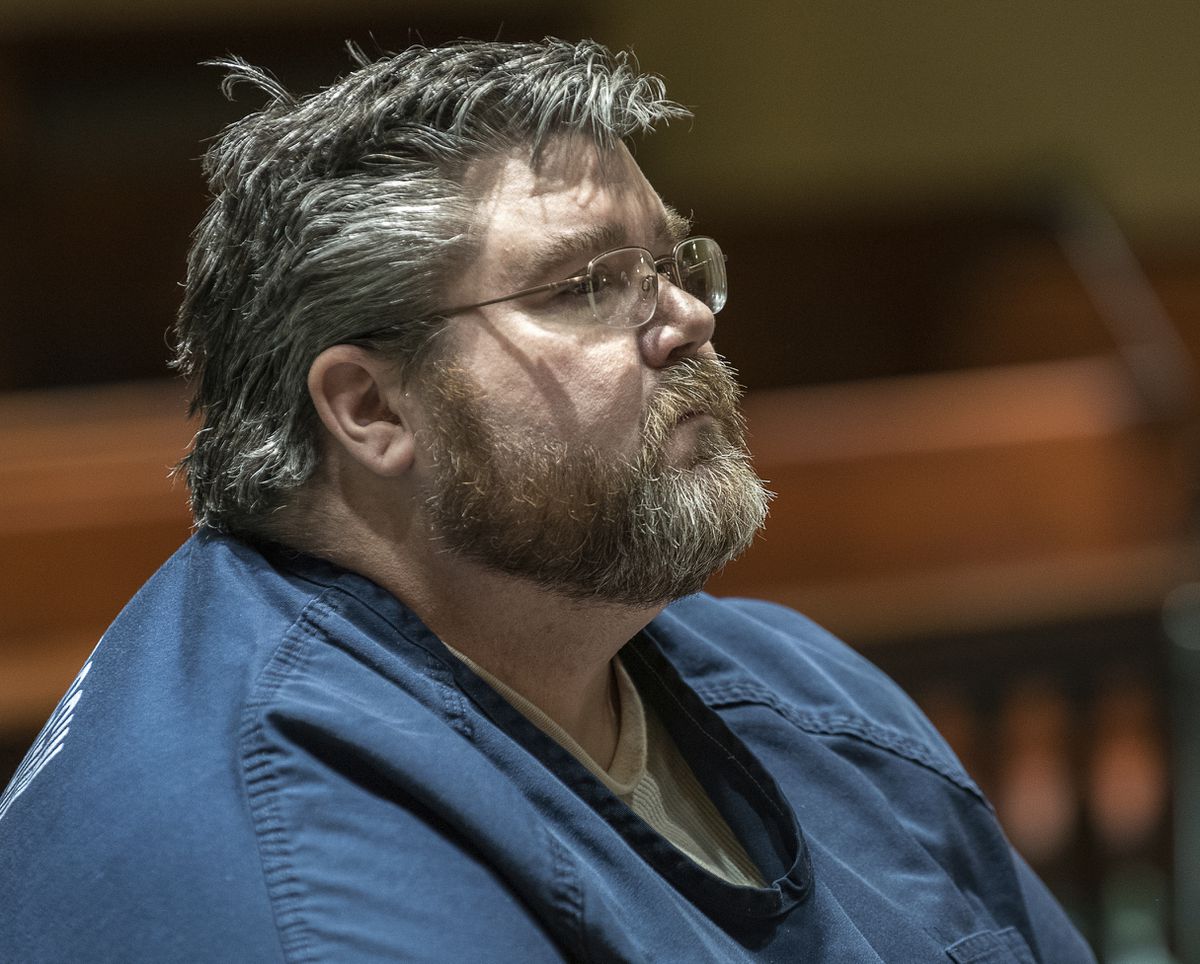 Steven Downs appears at Androscoggin County Superior Court in Auburn, Maine on Wednesday, March 20, 2019 during his extradition hearing. Downs has been charged by Alaska authorities with the 1993 sexual assault and murder of 20-year-old Sophie Sergie at the University of Alaska Fairbanks. (Russ Dillingham/Sun Journal via AP)

Steven Downs appears at Androscoggin County Superior Court in Auburn, Maine on Wednesday, March 20, 2019 during his extradition hearing. Downs has been charged by Alaska authorities with the 1993 sexual assault and murder of 20-year-old Sophie Sergie at the University of Alaska Fairbanks. (Russ Dillingham/Sun Journal via AP)

AUBURN, MAINE — Hearings scheduled to start this week on motions filed in the case of a Maine man charged with killing and sexually assaulting a former student at the University of Alaska Fairbanks in 1993 have been postponed due to the coronavirus pandemic.

A judge in Fairbanks was expected to preside this week over motions filed by the defense, which is seeking to dismiss the charges against Downs and suppress evidence against him.

Steven H. Downs, 45, of Auburn, Maine, was charged in February 2019 in the slaying of Sophie Sergie, a 20-year-old resident of Pitkas Point, Alaska. She had been staying with a friend in a residence dormitory on the school campus where Downs lived.

She was seen late in the evening of April 25, 1993, when she’d left a friend’s dorm room to smoke a cigarette. Custodial staff found her body in a woman’s bathroom the next afternoon.

Investigators said Sergie had been shot in the back of the head with a .22-caliber gun, stabbed in both eyes, struck with a blunt instrument, gagged with a ligature and shocked with a stun gun.

Lead defense attorney James Howaniec of Lewiston, Maine, said Monday that a conference with the judge has been scheduled for the end of May.

He said hearings on his motions likely won’t take place until June or later.

Downs’ trial, tentatively scheduled for September, is expected to be postponed, possibly to next year, he said.

Defense attorneys had written in motions that prosecutors have provided “no motive” for Downs’ alleged murder of Sergie. They characterized him as having been “a healthy, good looking, popular, happy, intelligent, Dean’s list student from a solid family in Maine.”

They also filed a motion seeking to exclude DNA evidence from trial.

The case went cold for decades until 2018, when DNA evidence from a commercial genealogical database helped police link Downs to the crime through an aunt.

In an effort to exclude evidence of Downs’ possession of weapons, his lawyers said affidavits, grand jury proceedings and bail arguments claiming Downs owned a .22-caliber revolver in the second semester of his freshman year at UAF in April 1993 are “completely false.”

Although prosecutors have claimed the murder weapon was a .22-caliber handgun seized earlier this year from Downs’ home in Auburn, he and his lawyers said he bought the gun in Turner in 2016.

Howaniec said he and local co-counsel Jesse James Ian Archer had expected to be in the Fairbanks courtroom this week to argue their motions on behalf of Downs.