3 Stebbins men go on spree of threats and mayhem before being subdued by residents, troopers say 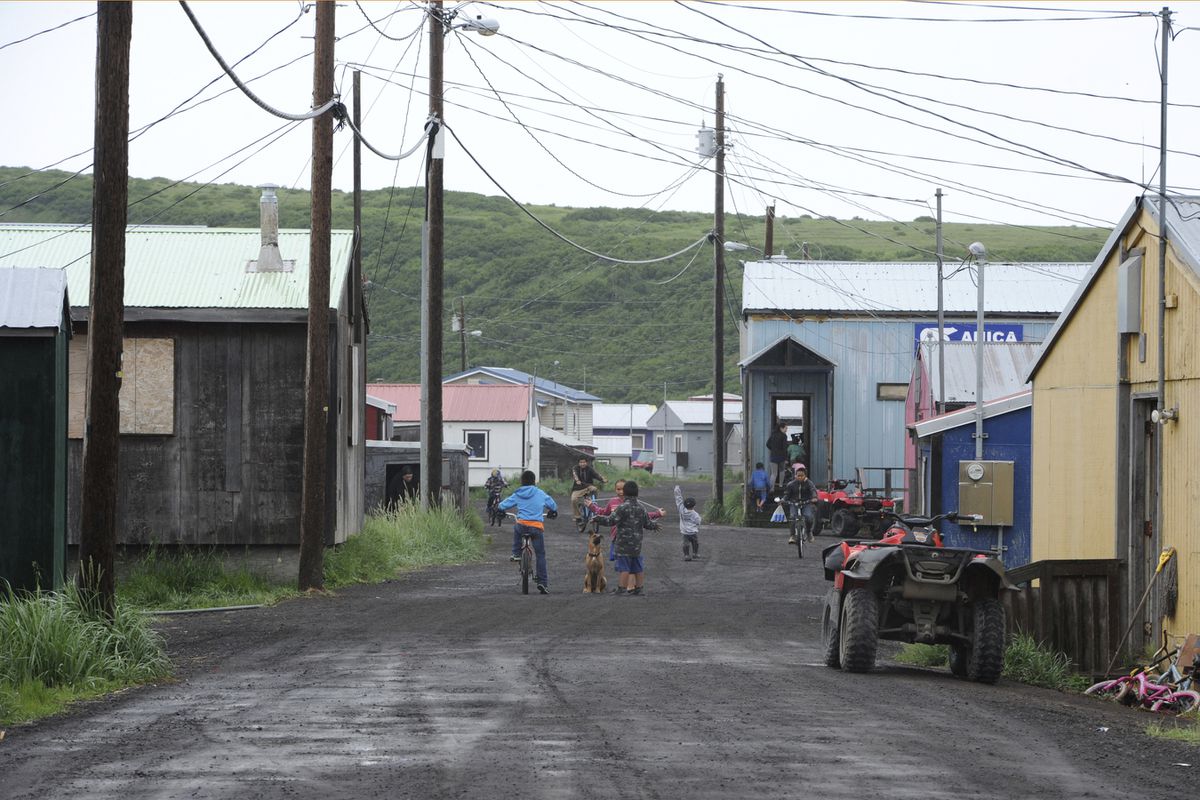 In this June 26, 2019 photo, children play on the main road of Stebbins, a Norton Sound village. (Bill Roth / ADN archive)

In this June 26, 2019 photo, children play on the main road of Stebbins, a Norton Sound village. (Bill Roth / ADN archive)

Three Stebbins men threatened police and others with stolen vehicles and weapons — including an ax, an anchor and steel pipes — last weekend before they were subdued by residents, troopers said.

“No physical injuries to community members, thankfully, but it was a scary situation,” DeSpain said Tuesday.

Hunt tried to run over people with one of the stolen four-wheelers, troopers said. Pete was arrested and detained at the public safety building, but officers were unable to arrest Hunt and Raymond. The two of them damaged the door to the village store, troopers said.

Hunt and Raymond headed to the public safety building and assaulted the officer there before freeing Pete from custody, troopers said.

The three men then continued threatening other people, troopers said. Before troopers arrived, residents came together to take Hunt, Raymond and Pete into custody, the statement said.

Stebbins, about 115 miles southeast of Nome, has about 650 residents.

Troopers said the investigation is ongoing and did not provide any additional information Tuesday.