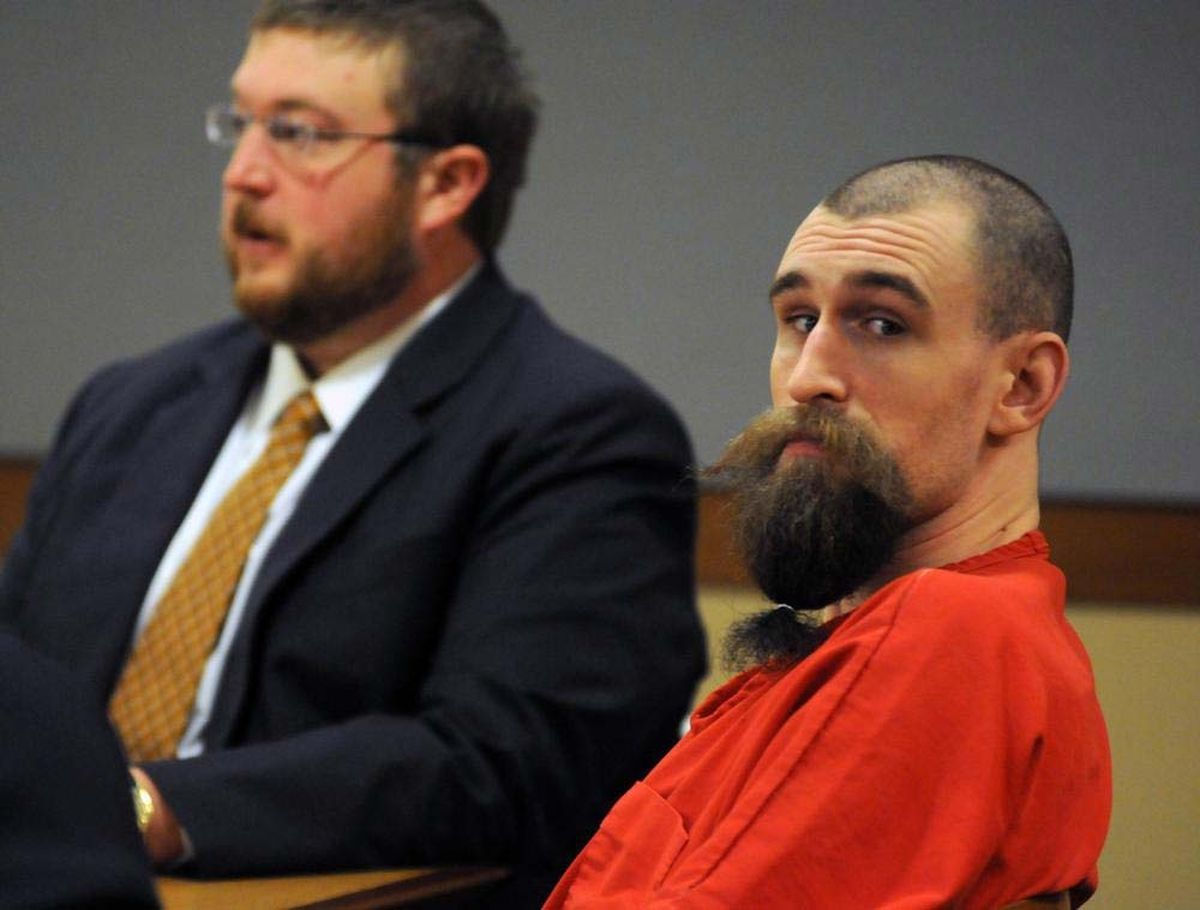 Christopher Erin Rogers, Jr., views the gallery as his trial for murder and attempted murder opens Tuesday March 24, 2009 at Nesbett Courthouse in Anchorage.

Christopher Erin Rogers, Jr., views the gallery as his trial for murder and attempted murder opens Tuesday March 24, 2009 at Nesbett Courthouse in Anchorage.

Christopher Erin Rogers Jr., who was serving a 498-year prison sentence for a 2007 rampage that included killing his sleeping father with a machete, died Saturday at Seward Providence Medical Center, according to an Alaska Department of Corrections statement.

The statement did not provide a cause of death. The maximum-security Spring Creek Correctional Center is near Seward.

On Dec. 2, 2007, Rogers began a rampage with a machete attack at his father’s home in Palmer and continued in Anchorage with carjackings and shootings. The spree left two people dead and three grievously injured.

In December 2008, Rogers was convicted for killing his father, Christopher Rogers Sr., while he slept. He also nearly killed his father’s fiancee, Elann “Lennie” Moren, who was also in the bed. The attack left Moren scarred and disabled. Rogers also hacked his father’s dog when it tried to stop him.

A year later, Rogers was convicted for shooting and killing college student Jason Wenger in Anchorage during the spree and attempting to murder law clerk Liz Rumsey and landscape architect Tamas Deak, along with robbery, assault and other charges.

During an interrogation by investigators shortly after his arrest, Rogers blamed the killings on aliens. “I heard these voices telling me I had to go do it. I had this obligation, so to speak,” he said.

He told investigators that he’d planned to kill more people, and that his father’s killing was nothing personal. He also told them that his family treated him like a slave and an idiot and spoke of physical fights with his father.

Rogers’ lawyer argued that he was clearly not in his right mind at the time of the attacks. But a judge in 2009 said there could be no mental illness defense. Rogers’ stepfather, Benny Kelly, who Rogers lived with for a short time, also disagreed with the judge.

Rogers was the fourth person to die in custody this year, according to the DOC.

Prisoner deaths are reviewed by the Alaska State Troopers and the state’s medical examiner’s office, according to the news release.

A cause of death ruling will be made after the state medical examiner’s office completes an autopsy, according to Sarah Gallagher, DOC spokeswoman.

An inmate at the Mat-Su Pretrial facility died in March while in a hospital after a suicide attempt.

This story will be updated as more information becomes available.