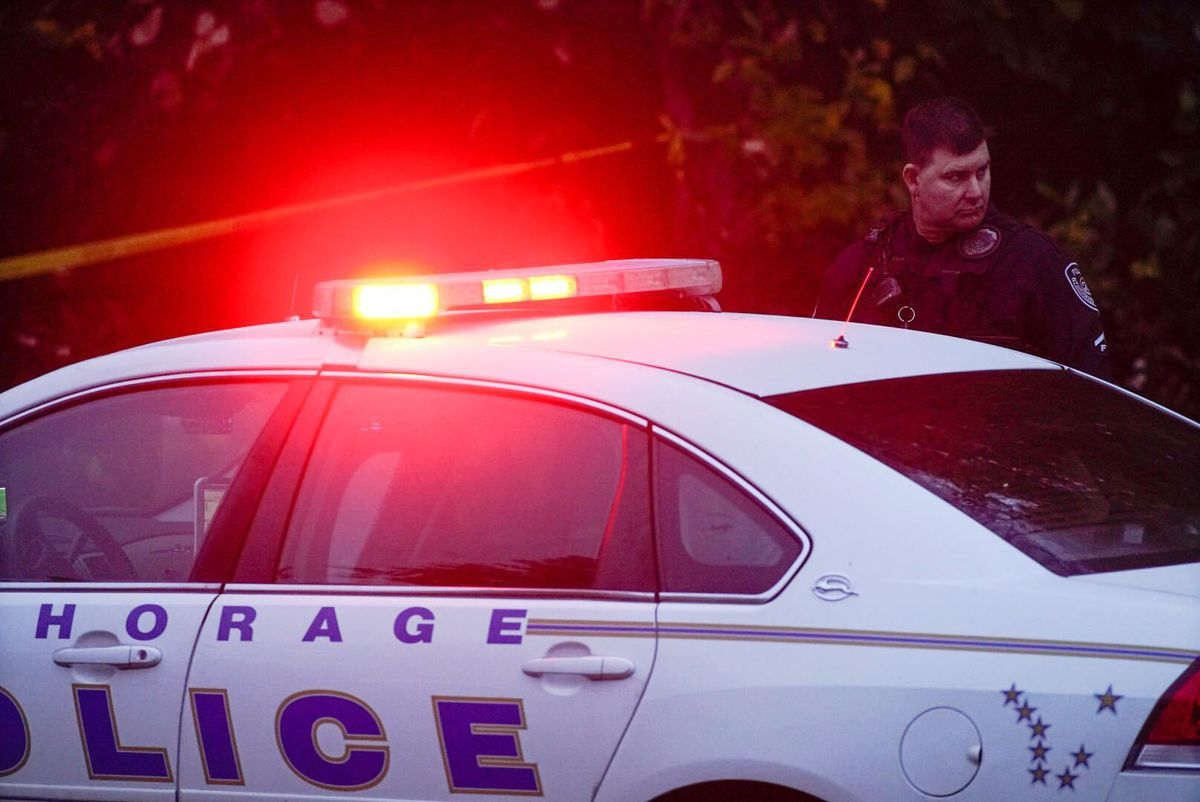 Anchorage police say they found a man dead in a wooded camp after responding to a citizen report of a deceased person in Russian Jack Park just after 4 a.m. Friday.

The man was pronounced dead from what appeared to be traumatic injuries at the camp located northeast of the intersection of Pine Street and Reka Drive, police said in an alert. Homicide detectives and the Anchorage Police Department crime scene team responded to the scene.

No arrests have been made, police said Friday morning. Police were still seeking more information about the incident as of Saturday afternoon.

The report came from a citizen who was in the area, according to police spokeswoman Kendra Doshier. Officers have made contact with “a few people” but are still looking for more information, Doshier said. There were no additional details available.

Investigators around 8 a.m. were waiting for a search warrant before accessing a tent within what was described as a fairly sizeable camp. A well-used trail led into the camp back in the trees.

There have been several deaths among Anchorage’s homeless in recent weeks, but none were found to be suspicious, police have said.

The man found Friday was clearly the victim of a homicide, police say.

Anyone with information or surveillance footage associated with Friday morning’s incident can call police dispatch at 311. To remain anonymous, contact Crime Stoppers at 907-561-STOP.