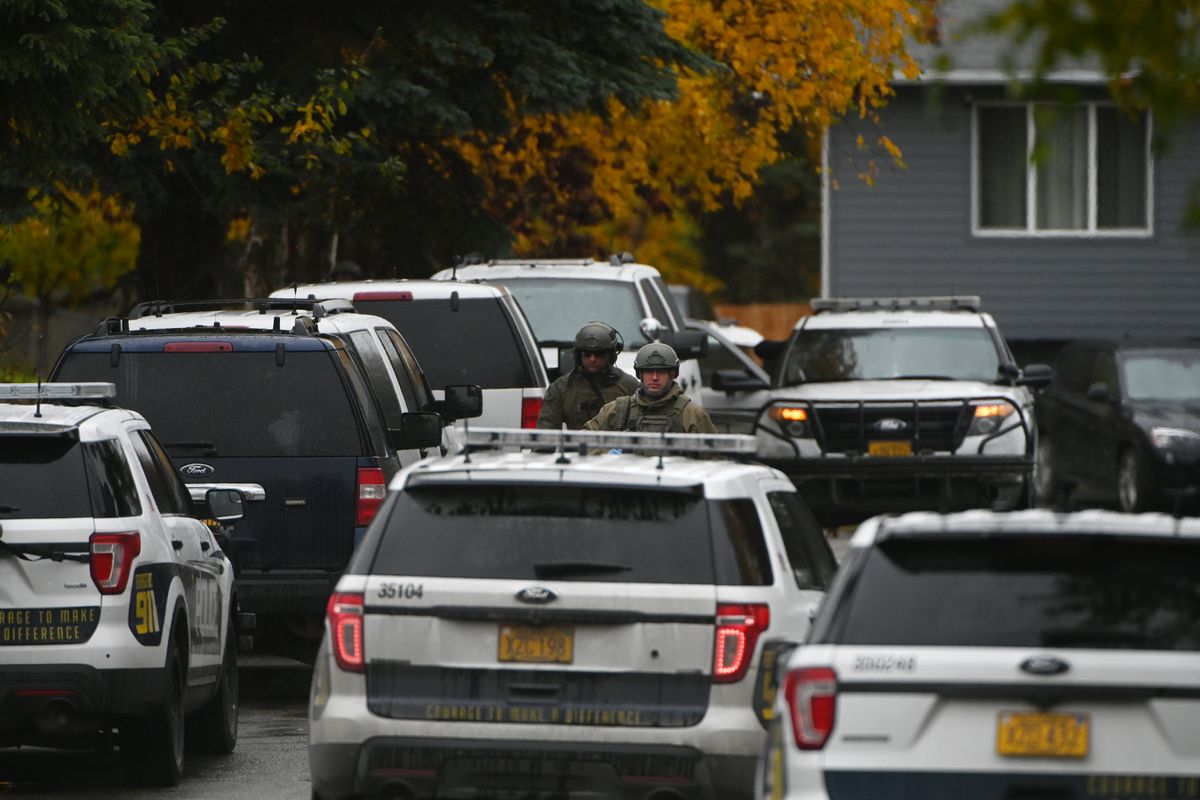 A SWAT team and more than a dozen police officers surrounded a street off Dimond Boulevard on Monday afternoon before arresting a man who reportedly fired several shots in the area, police said. There were no injuries reported.

Police blocked off the entryway to Noble Circle around noon, according to an online statement. The SWAT team responded to the area roughly an hour later, police wrote. Noble Circle is just down the street from the Anchorage Police Department Training Center in the Sand Lake neighborhood.

Tim Mason lives in an apartment complex nearby and said he saw a man standing in the parking lot between his apartment and the Anchorage Baptist Church on Dimond Boulevard. He saw the man fire a handgun in the direction of a gray GMC Envoy near the back of the parking lot around 11 a.m., he said.

The Envoy then swerved from the parking lot and hit a Ford Focus as it headed east on Dimond Boulevard, Mason said. The car left tire tracks through the grass in front of Mason’s apartment.

Mason said he was helping his children with schoolwork when the shooting happened. He helped them all duck to the ground before he called 911 and then went outside to help move the Ford Focus, he said.

Officers found 28-year-old Casey D. Mayer near the intersection of Noble Circle and Dimond Boulevard when they arrived on scene, police wrote in the statement.

“Mayer ran between two houses on Noble Circle and hid there amongst some trees and a sheet of plywood,” police wrote.

Mayer refused to leave his hiding spot and police called SWAT negotiators to the area, according to the statement. Mayer eventually surrendered and was arrested without incident at 2:47 p.m., police said.

He was being interviewed by detectives Monday afternoon, and police said he would be arrested on a parole violation warrant for previous charges of misconduct involving a weapon and vehicle theft. A spokeswoman for the police department said the investigation was ongoing and it was not yet clear if additional charges would be filed this afternoon related to the shooting investigation.