Troopers: Victim in Kenai Peninsula homicide had just picked up his accused killer from jail 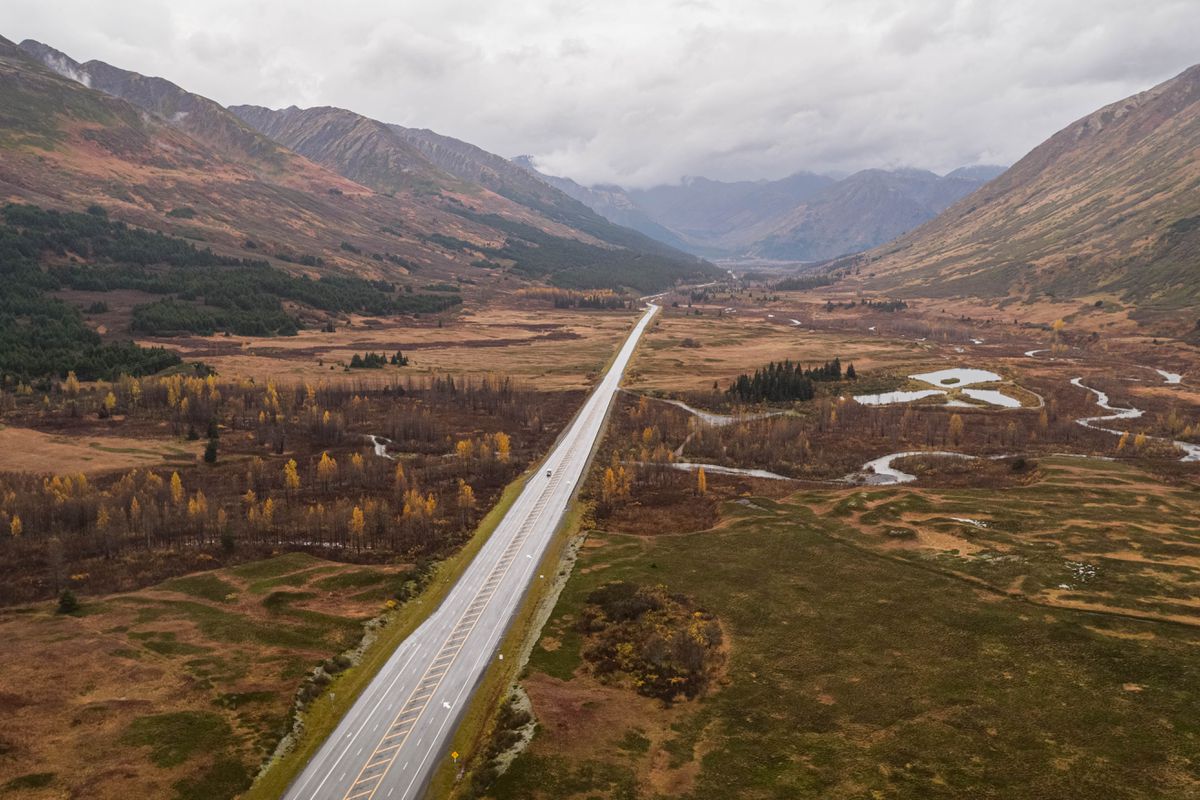 Alaska State Troopers say the man found dead along the Seward Highway this week was 57-year-old Keith Huss, a Soldotna resident who knew the woman accused of his murder.

He helped her get out of jail.

Court documents portrayed a tangled story involving 35-year-old Sarah Dayan, her boyfriend and Huss, whose body was found early Tuesday in a Turnagain Pass pullout with gunshot wounds in his torso, a head injury, and chest and arm wounds that indicated he’d been hit by a car. A car jack handle lay nearby.

Troopers said they identified him by the T-shirt he wore printed with the name of the food truck he owned, Uncle Buck’s.

Huss picked up Dayan at Wildwood Pretrial Facility in Kenai on Monday afternoon after agreeing earlier to serve as her third-party guardian, a condition of her bail, according to a sworn affidavit filed by troopers investigator Kevin Vik with the charging documents.

Dayan had asked both Huss and her boyfriend to be her guardian, the investigator learned after reviewing recorded calls made from the jail. The boyfriend, who is named in the document, did not appear to have been charged with any crime as of Friday afternoon.

Huss agreed, on the condition that Dayan didn’t associate with the boyfriend, Vik wrote. Two minutes after she got off a call with Huss on Monday, she called her boyfriend and asked him to drive up from Homer with her 2020 Kia Sorrento, ID card, drugs, clothing and a .45-caliber pistol.

Huss flew into Kenai early Monday afternoon, took a cab to a local bar and borrowed a pickup from a friend to get Dayan from jail, according to the affidavit. They got back to the bar and waited for Dayan’s boyfriend to arrive with her things.

The boyfriend got into a verbal argument with Huss, and witnesses saw them cursing at each other, the document says.

Huss and Dayan reportedly left in her Kia for Anchorage, where Huss was staying in an RV, Vik wrote. The boyfriend walked to a gas station in Kenai and called a friend who brought him back to Homer.

A little over 12 hours after the body was found, the Kia turned up at 1:15 p.m. Tuesday abandoned in the parking lot of a tackle shop along the Sterling Highway, the affidavit says. The front driver’s-side bumper was damaged, the rear license plate had been removed and there was a car jack missing a handle on the third row of seats.

Troopers found and interviewed the boyfriend in Homer that afternoon, the document says. He gave conflicting statements about the Kia, didn’t mention talking with Dayan while she was in jail and denied meeting her at all post-release, according to the affidavit. He also had two pistol magazines containing .45 ammunition and claimed they belonged to a weapon in his gun safe, but troopers found an empty case where the pistol had been, the document says.

At about 9 p.m. Wednesday, a friend of Dayan’s called troopers to say she’d confessed to shooting her third-party custodian, according to the affidavit.

Dayan, a Homer resident, was arrested in Seward on Thursday afternoon after troopers posted her photo as a potentially armed, dangerous suspect in the killing and got reports she’d been seen at multiple establishments in town.

Troopers followed a trail of stolen car reports, two cabin break-ins and sightings of Dayan to the Mount Marathon parking lot in Seward, where someone reported a stolen Jeep. Troopers, Seward police, U.S. Park Police and U.S. Forest Service officers all arrived to find Dayan in a van with another woman, troopers said.

The van’s driver, who said Dayan had offered her money for a ride, got out safely, troopers said. Dayan was taken into custody without incident at about 5:30 p.m. and seen at a local hospital for injuries she said she’d sustained before troopers arrived.

Dayan “made utterances to officers saying ... that she was going to go to jail for 40 years. She said (it) was about a murder in ‘the pass,’” Vik wrote.

She was arrested and booked at Wildwood.

Huss earlier paid $1,000 bail on a felony theft case Dayan faces, according to a state database of court records. She also had open criminal cases involving driving without a valid license and trespass.