Charges: Teens fought over girl at Anchorage party before gunfire broke out, killing 1 and injuring 4 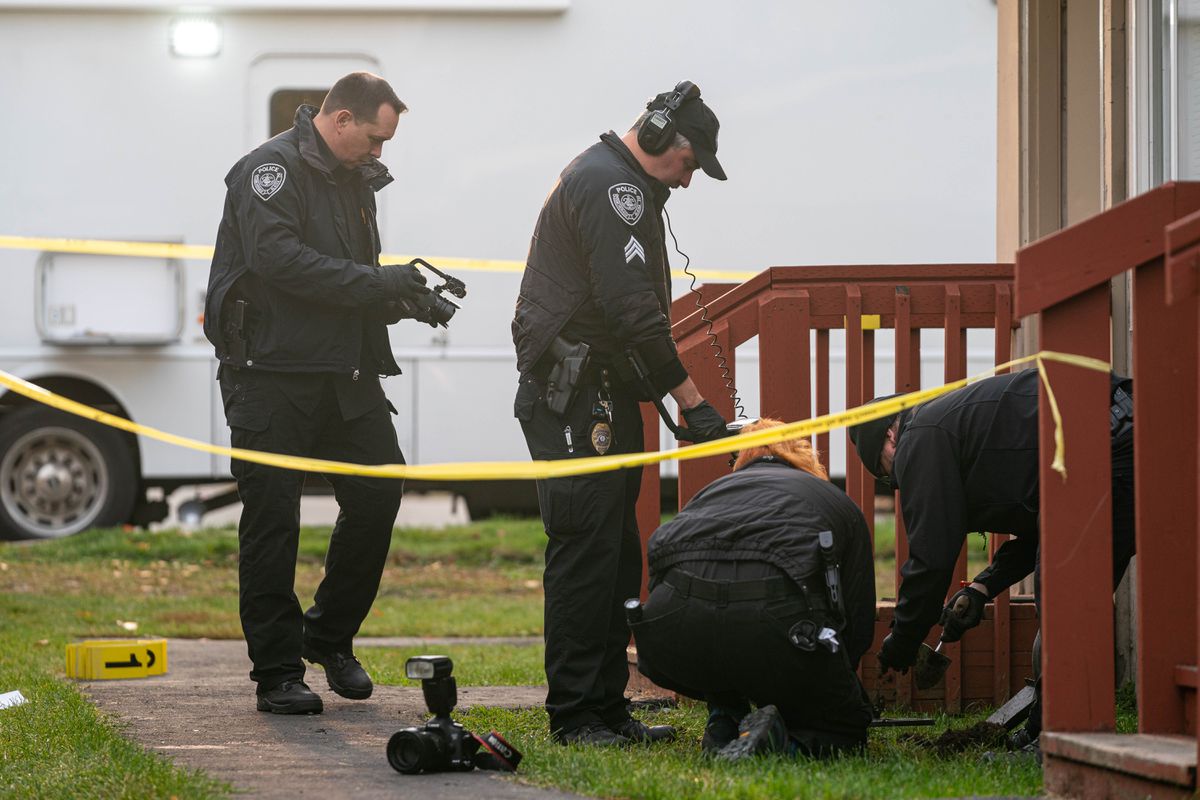 Anchorage police use a metal detector to look for bullets during a homicide investigation in East Anchorage on Wednesday morning. (Loren Holmes / ADN)

Anchorage police use a metal detector to look for bullets during a homicide investigation in East Anchorage on Wednesday morning. (Loren Holmes / ADN)

Teenaged boys began fighting about a girl before the dispute culminated with an outburst of gunfire, leaving one person dead and four others injured in the early hours of Wednesday morning at an apartment in East Anchorage, according to court documents.

Officers were called to the 200 block of McCarrey Street around 1:20 a.m. Wednesday for reports of gunshots, police wrote in a statement. When officers arrived, they saw 19-year-old Khirey King Pruitt on the ground outside the apartment with a gunshot wound to his head, according to charges filed in Anchorage Superior Court. There was a semi-automatic handgun next to his body, detectives said.

A large group of people was outside the party and witnesses later described to detectives what they saw that night.

According to the charges, a group of teens was partying at the apartment Wednesday night when Pruitt asked Jameson to leave because he was flirting with one of the girls, which had upset another girl.

Jameson left the party along with Seeman and Mena, but they returned shortly afterward, the witnesses told detectives. An argument between them and Pruitt ensued outside the apartment, the charges said. The trio had guns and Pruitt also began shooting when the others fired shots toward him, according to the charges.

Four teenagers were injured as gunfire broke out across the lawn.

“Khirey Pruitt, after he had been shot, he was on the ground and Mr. Mena, several minutes later, came back and ... he basically executed Mr. Pruitt as he was lying down on the ground and one of the witnesses was standing next to him,” Assistant District Attorney Patrick McKay said during an arraignment hearing Thursday afternoon.

Both Seeman and Mena are being held at the Anchorage Correctional Complex. Their bonds were both set at $500,000 on Thursday and they were assigned to the Public Defender Agency.

Jameson, who police initially said had life-threatening gunshot wounds, was arrested and charged more recently, according to an updated statement from police Thursday night.

“We’re lucky that we’re not looking at more than one dead body here,” McKay said.

This article has been edited to remove a reference to the Mountain View neighborhood. The incident did not occur in Mountain View.