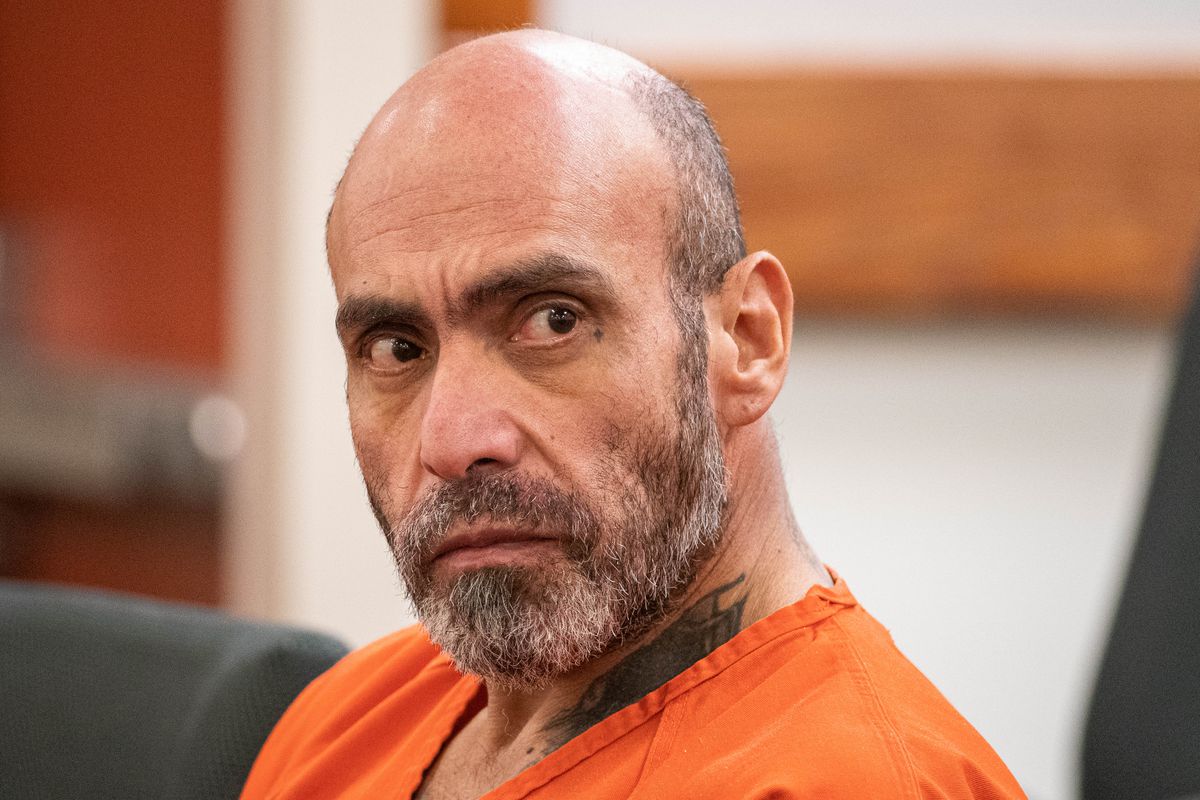 Juan Camarena at an arraignment on Nov. 26, 2019 at the Palmer courthouse. (Loren Holmes / ADN archive)

Juan Camarena at an arraignment on Nov. 26, 2019 at the Palmer courthouse. (Loren Holmes / ADN archive)

A 52-year-old Wasilla man pleaded guilty Tuesday to a federal charge of illegally possessing ammunition that arose from an investigation into a triple homicide near Wasilla last November.

Troopers were called on Nov. 2 to investigate the body of a man found dead near 8711 Warbler St. but eventually found that two additional people had also been killed by gunfire in the area, according to a federal charging document filed by prosecutors in Camarena’s case. Investigators said multiple spent .40-caliber casings were found around the property.

Troopers at the time identified Camarena as a person of interest in the homicides, but did not say why they believed Camarena may have been involved. When investigators executed a search warrant at the 5-wheeler where Camarena lived nearby, they found 16 live rounds.

Camarena’s prior criminal history prohibits him from owning weapons or ammunition. Camarena has previously been convicted for participation in street gangs, methamphetamine trafficking, assault with a deadly weapon and evading police, according to the U.S. Attorney’s Office.

A warrant was issued for his arrest on a federal charge of felon in possession of ammunition. Camarena was peacefully taken into custody on Nov. 14.

At a federal hearing Tuesday, Camarena admitted guilt and accepted a plea agreement that calls for him to spend a maximum of 10 years in prison, pay up to $250,000 in fines and undergo up to three years of supervision following his release. His sentencing hearing is scheduled for January and prosecutors plan to recommend a sentencing range based on federal sentencing guidelines applicable to the case.

Camarena is also facing charges in state court of sexual assault, sex trafficking and assault in a separate incident. Camarena was accused of sexually assaulting a victim in the living room of a trailer near Wasilla in September and forcing her to have sex while others watched in exchange for drugs. The charges accuse him of hitting the victim in the head with a rock in October and holding a gun next to her head and firing.

During a late November hearing in the case, a woman who described herself as Camarena’s girlfriend said she had wrongly been named the victim and told reporters the state’s accusations were untrue. The case is scheduled for trial in December.

Troopers did not respond to messages Tuesday requesting an update in the triple homicide investigation.

Correction: A previous version of this story incorrectly reported that a sentence had been recommended in the plea agreement.