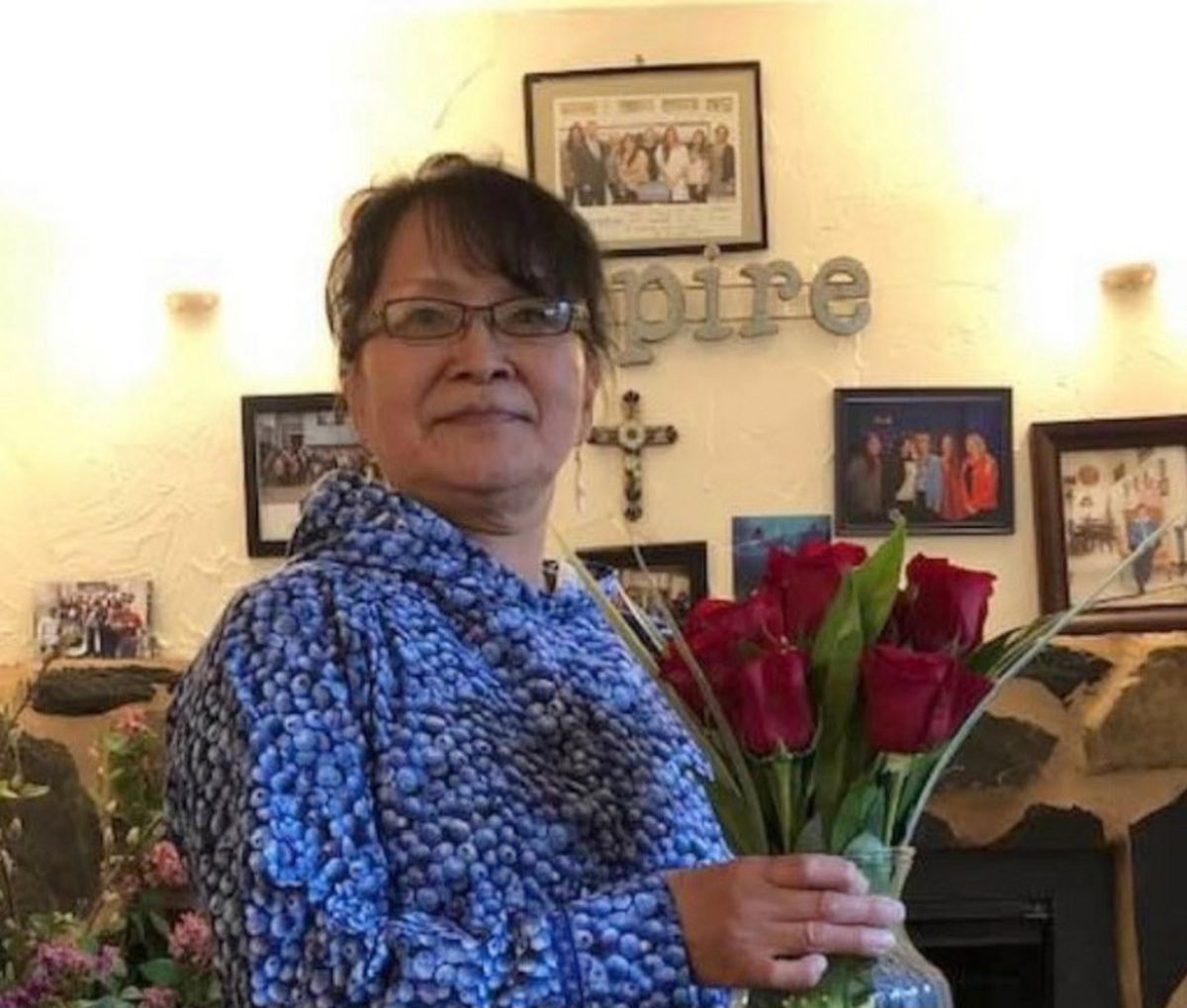 Marie Riley, 60, was found dead in an apartment in Fairview along with George Tretikoff, 63, on Oct. 31, 2020. Police say they have opened a homicide investigation but have provided no other details. (Photo courtesy Denise Riley-Alexie)

Marie Riley, 60, was found dead in an apartment in Fairview along with George Tretikoff, 63, on Oct. 31, 2020. Police say they have opened a homicide investigation but have provided no other details. (Photo courtesy Denise Riley-Alexie)

Questions surround the deaths of a man and woman found dead in a Fairview apartment on Saturday.

The bodies of Marie Riley, 60, and George Tretikoff, 63, were discovered inside a home on the 500 block of East 15th Avenue in Anchorage’s Fairview neighborhood on Oct. 31 just after noon, according to the Anchorage Police Department.

Police have said they are conducting a homicide investigation into the deaths.

“Due to the ongoing investigation, we have no further details to release at this time,” APD spokeswoman Renee Oistad said in an email. “There have been no arrests. We have no public safety concern at this time.”

Riley’s family says they know little about the circumstances of the death the mother and grandmother, originally from Napaskiak.

“I think it’s going to be a while until we know what happened,” said her daughter, Denise Riley-Alexie.

Riley-Alexie said she didn’t know much about Tretikoff, the 63-year-old also found dead in the apartment.

“I think it must have been her friend,” Riley-Alexie said. “First time I have ever heard that name.”

The family of Tretikoff could not be reached Thursday.

Riley was a mother of seven, her family said. She was known as warm and compassionate and loved to spend time with her children and grandchildren, often sending cards and gifts and sewing blankets and Christmas stockings for them.

She hadn’t lived in Anchorage for very long. In November 2018, the Juneau Empire profiled Riley’s success in a therapeutic court program. At the time, Riley told the newspaper she was planning to move to Anchorage.

On Thursday, Riley-Alexie was working on writing her mother’s obituary and hoping to get in touch with a detective working on the case.

“Marie was such a loving person, and she is missed so much by all who knew her,” she said.