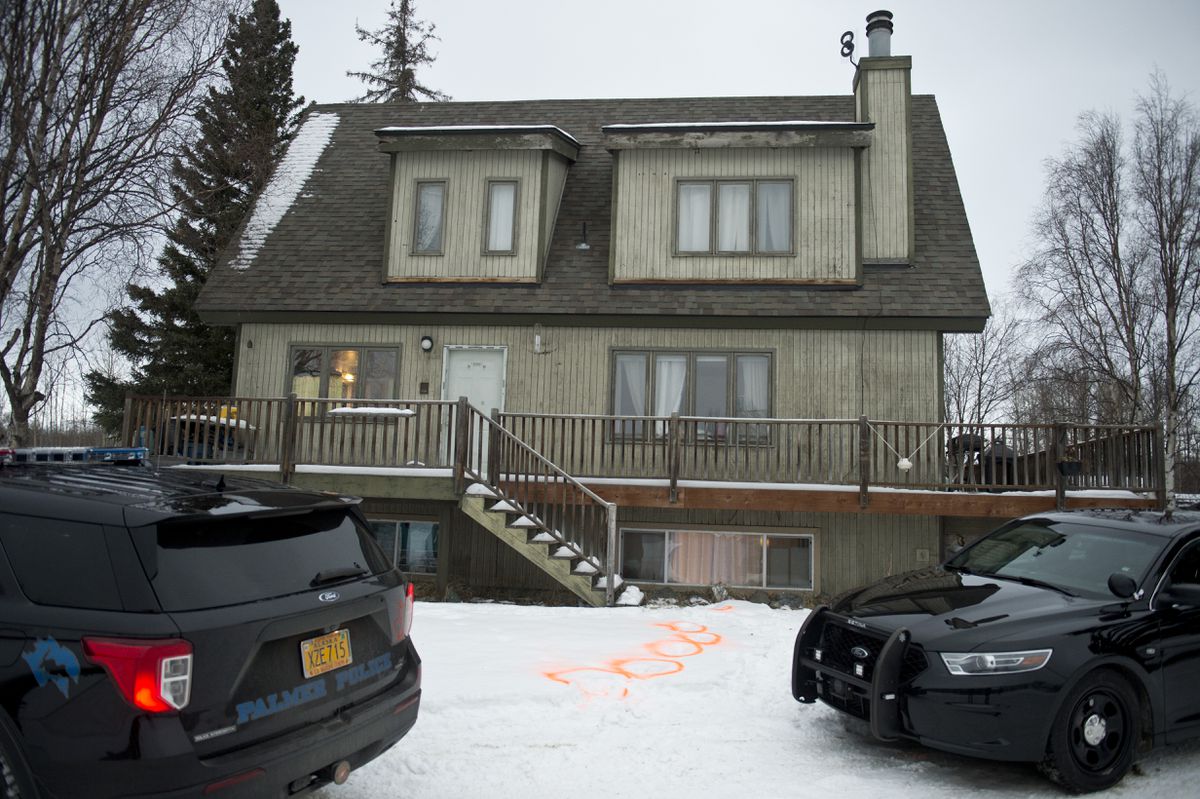 PALMER — By the time 18-year-old Malachi Maxon was accused of killing his aunt and three cousins at two Mat-Su homes earlier this week, he was already facing several assault charges involving other close relatives.

The assault charges began in July. Two involved Maxon’s mother and stepfather, according to court documents. One involved his grandmother.

The documents include investigators’ references to the possibility that Maxon suffered from mental illness or substance abuse. Following the second assault charge involving his mother, he was staying with other relatives in the last few weeks — most recently his aunt, 43-year-old Kimora Buster, one of the four murder victims Monday morning.

The other victims were Maxon’s 7- and 10-year-old boy and girl cousins sleeping at their home in Palmer — Buster’s children — as well as his 18-year-old cousin Cody Roehl in another home near Wasilla.

Roehl was shot and died at the hospital, Alaska State Troopers say. Others in the home at the time said they didn’t hear any arguments before hearing a loud sound and finding Roehl with a gunshot wound. A white Jeep Liberty was missing from the garage along with a semi-automatic Glock pistol. Video from the home showed the Jeep leaving around 3:05 a.m.

About a half-hour later in a Palmer home, troopers found Buster and one of her sons dead from gunshot wounds. Her daughter died of her injuries at the hospital. Another child, 6, was unhurt. Bullet casings indicated Maxon may have been trying to shoot him as he slept against a wall.

Maxon was wearing a court-ordered ankle monitor generating a GPS signal at the time of his arrest, according to the Alaska Department of Corrections.

Taylor Winston, a former prosecutor who directs the Alaska Office of Victims’ Rights, said that “from a victim’s rights perspective, it really angered me because those people should not have been killed.”

“If the system was working properly, they would be alive,” Winston said.

But the device was programmed to alert Pretrial Enforcement Division officers if Maxon entered areas declared off-limits by a judge on the most recent assault case, department spokeswoman Sarah Gallagher said Wednesday. He didn’t, and was otherwise in compliance, Gallagher said.

Maxon was arrested on the Glenn Highway near Mirror Lake about 30 minutes after the Palmer shootings. His pretrial officer relayed the ankle monitor’s coordinates to troopers, Gallagher said. She couldn’t immediately say at what point in the incident the pretrial officer was aware of where Maxon was located.

Maxon has not entered a plea to the four first-degree murder charges against him. His first court appearance, originally scheduled for Tuesday afternoon, was delayed again Wednesday after he refused to participate. He was rescheduled for arraignment Thursday afternoon.

None of the previous three domestic violence assault charges against him have gone to trial.

On July 22, Maxon’s stepfather called 911 to report Maxon acting erratically and attacking his mother, according to a sworn affidavit filed by Trooper Wesley Sherbahn. He asked troopers to hurry.

Sherbahn described Maxon as angry when he arrived. The teen pulled his arm away from the trooper and challenged his parents for calling “the cops,” according to the affidavit. He seemed to be impaired and was hard to understand, at one point saying people were coming to the house to rob and kill him, the affidavit states.

His mother told the trooper her son used “dabs,” a waxy, concentrated dose of cannabis, the affidavit said. She said Maxon had grabbed her mouth from behind but she wasn’t afraid he’d hurt her. Her cellphone was found in Maxon’s pocket. His stepfather expressed concerns about mental illness or drug use.

Maxon was charged with fourth-degree domestic violence assault and interfering with a report of a domestic-violence crime, both misdemeanors. He was released on his own recognizance and pretrial supervision, meaning he had to report to an officer once a week.

His public defender at a mid-September court hearing described Maxon as a young guy, “and the problem is he wants to return home,” according to a transcript of the hearing.

On Oct. 8, troopers were again called to Maxon’s mother’s house off Knik-Goose Bay Road outside Wasilla. His stepfather told troopers he and Maxon’s mother were about to eat dinner when they heard a crash as the basement television set shattered on the floor.

As the stepfather was calling 911, Maxon came up the stairs and threw the older man’s cellphone, breaking it, according to a sworn affidavit filed by Trooper Sarah Schmidt. The stepfather said Maxon kicked him twice in the chest. Maxon was later found at an uncle’s house.

This time, he was charged with third-degree criminal mischief, a felony, and fourth-degree domestic violence assault as well as violating conditions of release. He was released about three weeks later on $200 bail and an ankle monitor.

His mother paid his bail, court documents show. But Maxon listed his address on release documents as a separate one from hers and he was ordered not to contact his mother and stepfather once out of jail.

On Nov. 1, Maxon was staying with his grandmother near Wasilla when he became aggressive and confronted her adult son after he came to pick up the teen, according to a sworn affidavit filed by Trooper Lander Simmers. The grandmother told a trooper that Maxon “has had a recent history of being assaultive” and she was scared he was going to hit her.

The son had his earring ripped out in the confrontation with Maxon, the affidavit said. Maxon told troopers he’d been kicked out of the house.

He was charged with two counts of misdemeanor domestic-violence assault and criminal mischief.

Maxon was released on Nov. 23, a week before the homicides, on $500 cash bail and a $2,500 unsecured bond — money Maxon would owe the court if he failed to show up for hearings. Palmer District Court Judge Shawn Traini also ordered specific exclusion zones added to his conditions of release to protect the victims.

His mother paid his bail in that case as well.