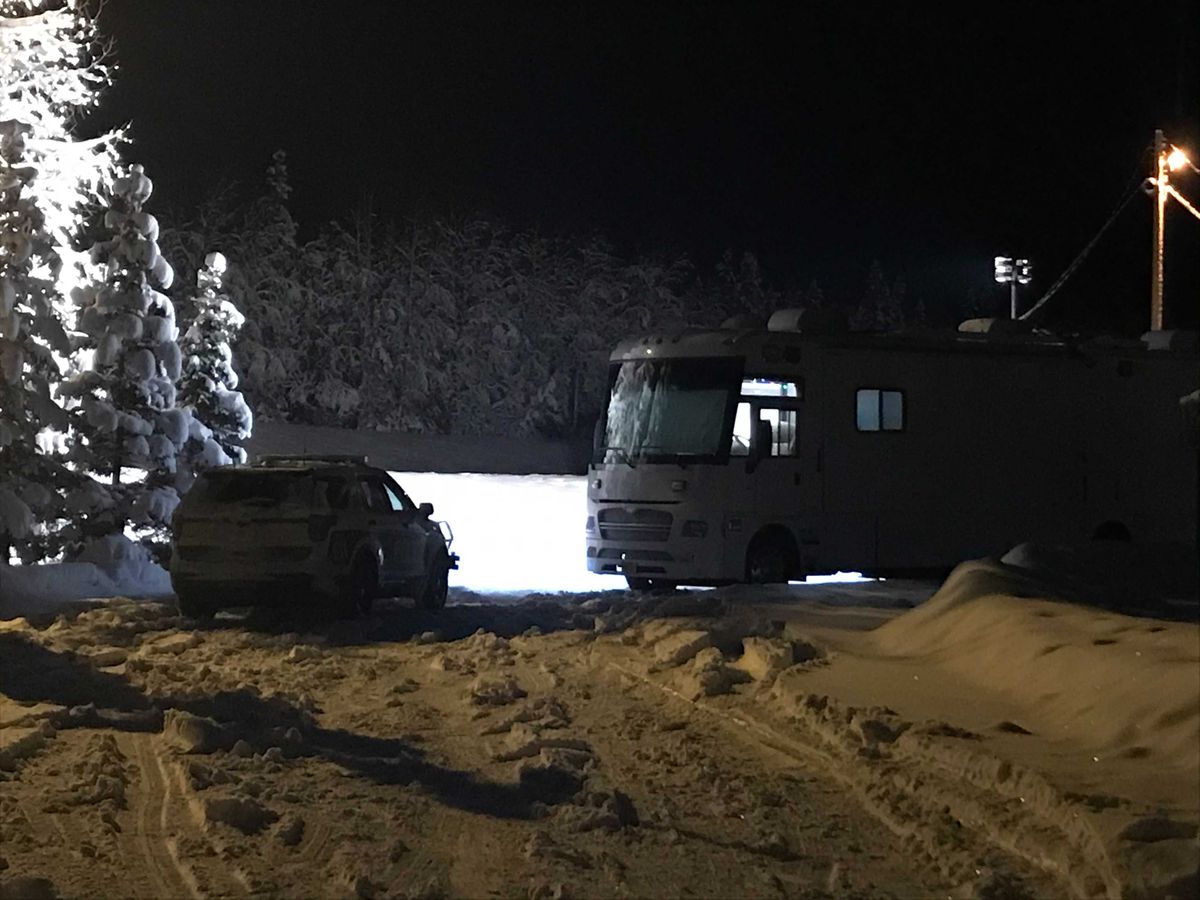 Update, 7:15 a.m. Wednesday, Dec. 23: The Anchorage Police Department identified the four officers who shot at William Riley-Jennings as Timothy Dorsey, Colin Neace, Jose Maldonado, Jacob Raygor. Dorsey has been with the department for four years, Neace and Maldonado have been there three years and Raygor has been there two years.

Officers early Sunday shot at and killed a man suspected of stealing an SUV in East Anchorage, police said.

Around midnight, a man reported his Chevy Tahoe had been stolen in the area of DeBarr Road and Bragaw Street, Police Chief Justin Doll said during a news conference. The man told dispatchers he was in another vehicle and following his stolen vehicle as it was driven through the neighborhood.

Police found the Tahoe abandoned near the 4600 block of Reka Drive, Doll said. It was not immediately clear if the Tahoe’s owner was still following it when the suspect abandoned it.

[43 people have been killed by Alaska law enforcement officers in the last 5 1/2 years. Here’s what we learned by examining each case.]

Police set up a perimeter and called for a K9 unit to track the suspect, Doll said. The dog began to search the area by about 12:30 a.m., Doll said.

“Officers tracked through a wooded area near Russian Jack Park, where ultimately they made contact with the suspect,” Doll said.

The man ignored commands from officers, Doll said. The “K9 made contact with the suspect and ultimately four officers fired their weapons,” Doll said.

It was not immediately clear if the man threatened officers before the shooting.

“Initial reports that I have are that he did make some statements about being armed to the officers,” Doll said. Police did not say whether they found a weapon at the scene. The man died at the scene, which the department said was in the 4400 block of East 20th Avenue.

At about 7 a.m., several police cars and the department’s mobile forensics lab were parked in the bus loop of Russian Jack Elementary School. Officers were walking up a slope covered in fresh snow and their flashlights illuminated the tree line as they continued to investigate.

Police did not immediately identify the suspect and said the names of the four officers involved will be released in three days, per department policy. The officers will be placed on four days of administrative leave. The state’s Office of Special Prosecutions will review the officers’ use of force to determine if it was justified, and Doll said the police department will review the situation internally. Doll said the investigation is ongoing.

It’s the third fatal police shooting in Anchorage this year. In February, 16-year-old Daelyn Polu was shot by police and died. The department said he fired at officers before he was shot. In October, 43-year-old Keith Beecroft was fatally shot outside his Eagle River home after a SWAT standoff.

Correction: An earlier version of this story said that police found a gun on the man after he was fatally shot. As of 10:20 a.m. Sunday morning, it was not clear whether police found a weapon.