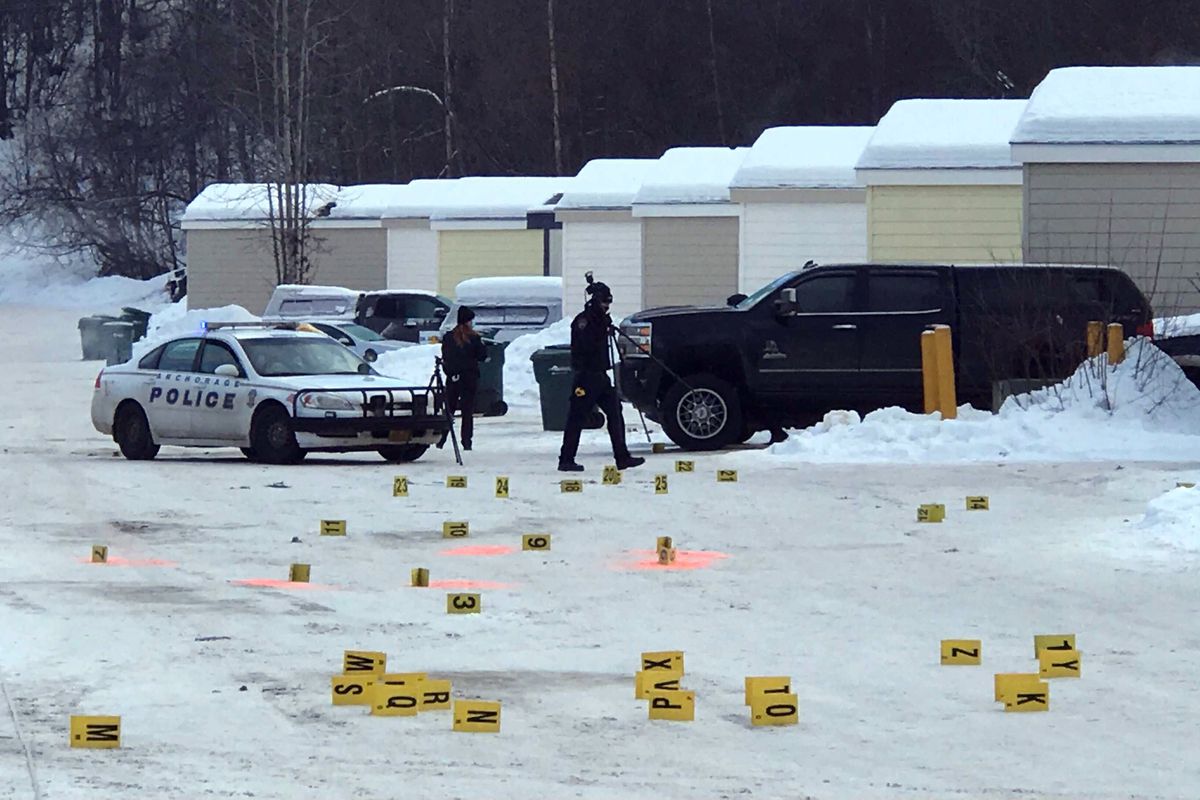 A man was shot to death early Monday in East Anchorage, police said in an alert. No arrests have been made, and police said they’re looking for witnesses.

Few details had been released as of Monday morning. Police reported they received reports of gunshots at 1:50 a.m. in the Four Seasons Apartment Homes on East Sixth Avenue, east of Boniface Parkway.

Officers found a man outside who’d been shot at least once in the upper body, police said. He was taken to the hospital, and police later reported he died.

The shooting is believed to be an isolated incident, police spokeswoman Renee Oistad said.

“We do not believe there is any public safety threat at this time,” she said in an email.

It was not immediately clear if police had identified a suspect, but the department asked anyone with information about the shooting to call 311.

On Monday morning, evidence markers dotted the middle of the snowy roadway on Birchwood Avenue.

This is Anchorage’s second homicide of 2021. A woman was fatally shot in the same area on Jan. 2.