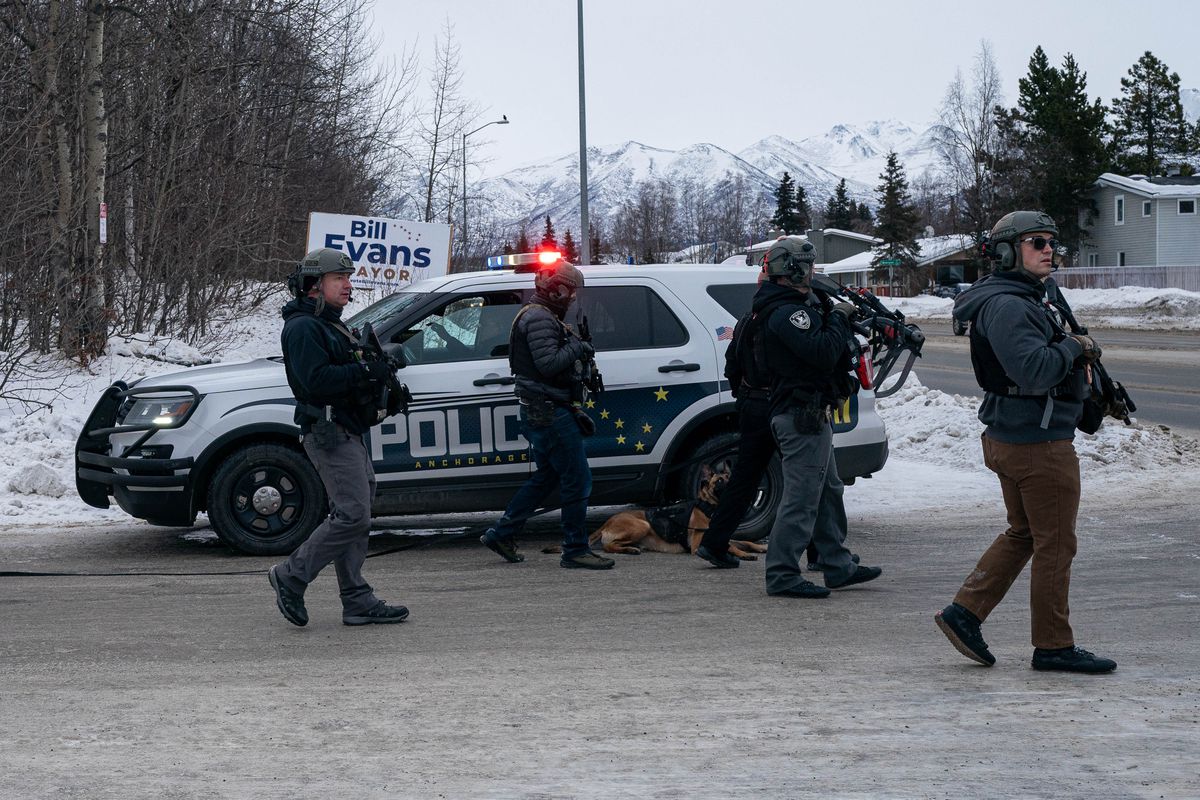 An Anchorage police SWAT team searches for a suspect in an armed robbery at a Northeast Anchorage Subway shop on Thursday, Jan. 14, 2021. (Loren Holmes / ADN)

An Anchorage police SWAT team searches for a suspect in an armed robbery at a Northeast Anchorage Subway shop on Thursday, Jan. 14, 2021. (Loren Holmes / ADN)

A suspect who pulled a gun and demanded money from a Subway restaurant employee has not been apprehended while another man accused of disposing of the gun was arrested, Anchorage police said in an alert Friday evening.

Officers responded to the armed robbery call at the restaurant, located at 701 Northway Drive in northeast Anchorage, just before 1:15 p.m. Thursday, police said. According to a preliminary investigation, the suspect tried to order a cup of water and pay for it, police said Friday.

Officers took Jenkins into custody, then to jail after detectives interviewed him, police said. Jenkins faces charges of robbery and tampering with evidence, according to police.

Police searched for the other suspect in the area Thursday afternoon but as of Friday evening had not apprehended him.

“He is described as a black male, 30 years-old, approximately 5′7″,” police said Friday. “He was last seen wearing a black puffy coat with a grey hoodie underneath, black pants, and grey shoes.”

Police asked anyone with information about the suspect’s identity or location, or surveillance video from the area, to contact dispatch at 311, option 1.

Correction: A previous story of this version incorrectly reported, based on information from police, which suspects were involved in different aspects of the armed robbery and which charges Jenkins faces.