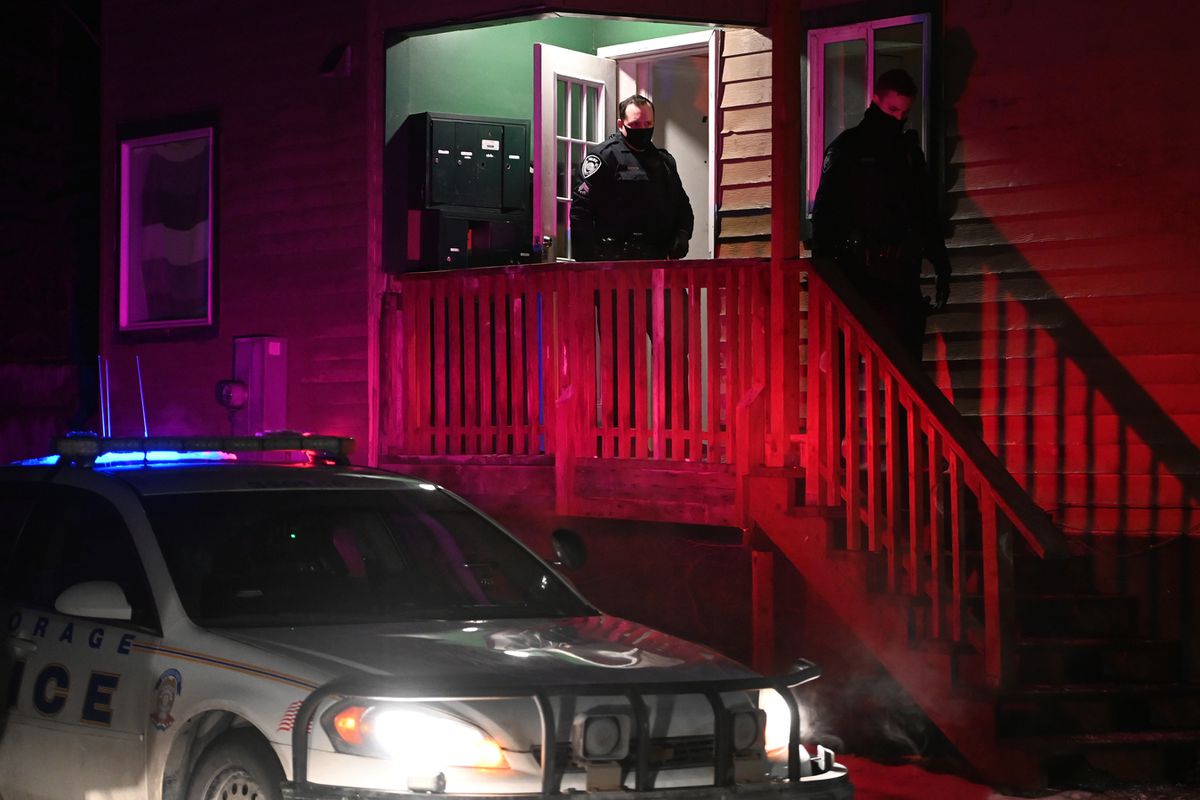 Anchorage Police responded to a shooting at an apartment complex on Thompson Avenue in Mt. View on Sunday evening, Jan. 24, 2021. (Bill Roth / ADN)

Anchorage Police responded to a shooting at an apartment complex on Thompson Avenue in Mt. View on Sunday evening, Jan. 24, 2021. (Bill Roth / ADN)

Update, 10:10 a.m. Tuesday, Jan. 26: The man who died after he was shot early Sunday was identified by police in an updated statement as 26-year-old June Tunu.

One man has died and one remains in a hospital after a Sunday shooting in the Mountain View neighborhood of Anchorage, police say.

Officers responded to an apartment complex on the 4300 block of Thompson Avenue at 6:49 p.m. Sunday in reference to a shooting, police wrote in an online report. They made contact with two men who were injured, both of whom were transported to a hospital. One had life-threatening injuries and the other was expected to survive, police wrote. Several hours later, police said one of the men died.

Police said the investigation is ongoing and no one had been arrested by Monday morning. They’re asking anyone with information or surveillance video footage of the area to call dispatch at 311.

Police spokeswoman Renee Oistad said in an email Monday morning that the department believes the shooting was an isolated incident and there is no danger to the public. No other information was immediately available.

This is the fourth homicide in the municipality this month.

The shooting was the second in Anchorage on Sunday. Police said a man was injured in a Spenard shooting early that morning.