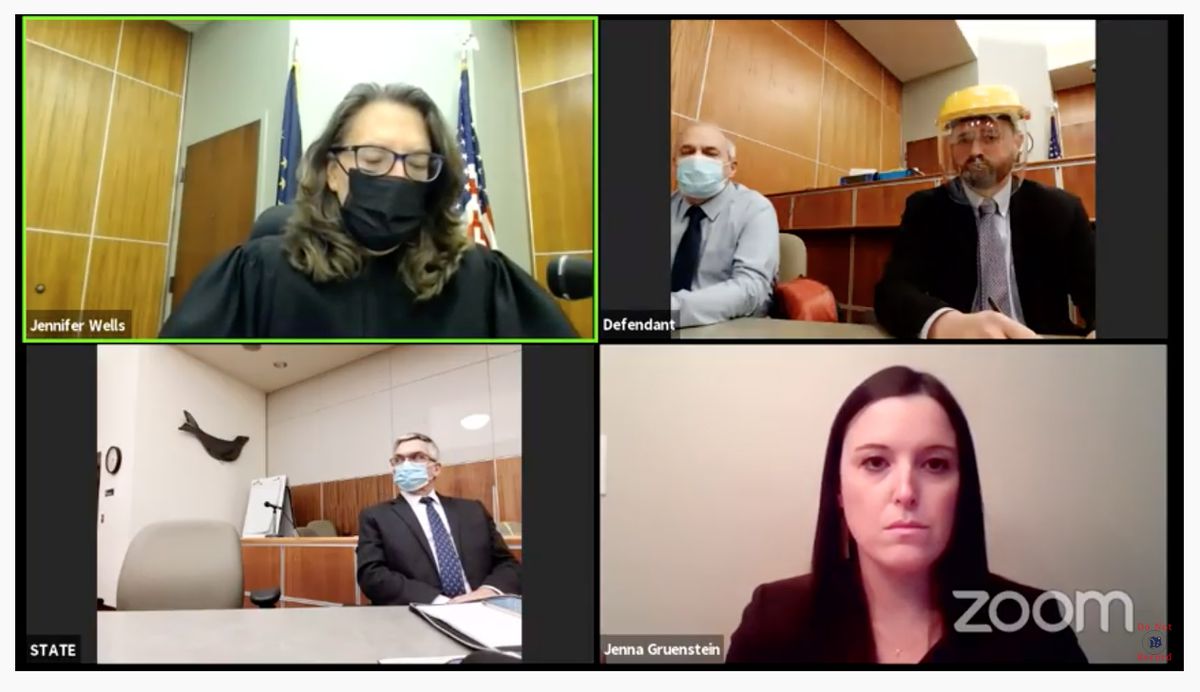 A Sterling man was sentenced this week to 37 years in prison for kidnapping and raping a woman 20 years ago in a case that hinged on long-delayed testing of DNA evidence in a police sexual assault kit.

Carmen Perzechino, 59, was convicted in November during the state’s first Zoom trial of the pandemic. The charges stemmed from an attack on the Sterling Highway in January 2001.

Anna Sattler, then 30, said she met Perzechino in a bar on the Kenai Peninsula and accepted a ride home from him. Instead, he raped her in his parked van. She eventually jumped from the moving vehicle to escape.

[She leapt from a van on the Kenai Peninsula to escape her rapist. Then she waited 18 years for an arrest.]

For nearly two decades, the case went unsolved. Troopers closed the investigation in 2002 without identifying a suspect or testing DNA evidence taken from Sattler after the assault.

“Due to standard practice at the time, the sexual assault kit was not sent to the State Crime Lab for DNA testing in 2001 because there was not an identified suspect whose DNA could be directly compared to the DNA collected in the sex assault kit,” the state Department of Law wrote in a statement Monday.

After he was contacted by an Alaska state trooper about the case in 2019, the longtime Sterling resident left for the Philippines. He was indicted on the charges in March 2019 and extradited back to Alaska.

He was the only person initially charged out of an effort to test 568 of the previously untested rape kits. The Alaska Legislature made a $2.75 million appropriation in 2018 to allow for testing on about 2,400 additional sex assault kits that have gone untested.

[Alaska requires that DNA be collected from people arrested for violent crimes. Many police agencies have ignored that.]

On Monday, Perzechino was sentenced to 37 years in prison for two counts of first-degree sexual assault and a charge of kidnapping, according to the Department of Law. He will be on probation for 10 years after his release and will be required to register as as sex offender, the department said.