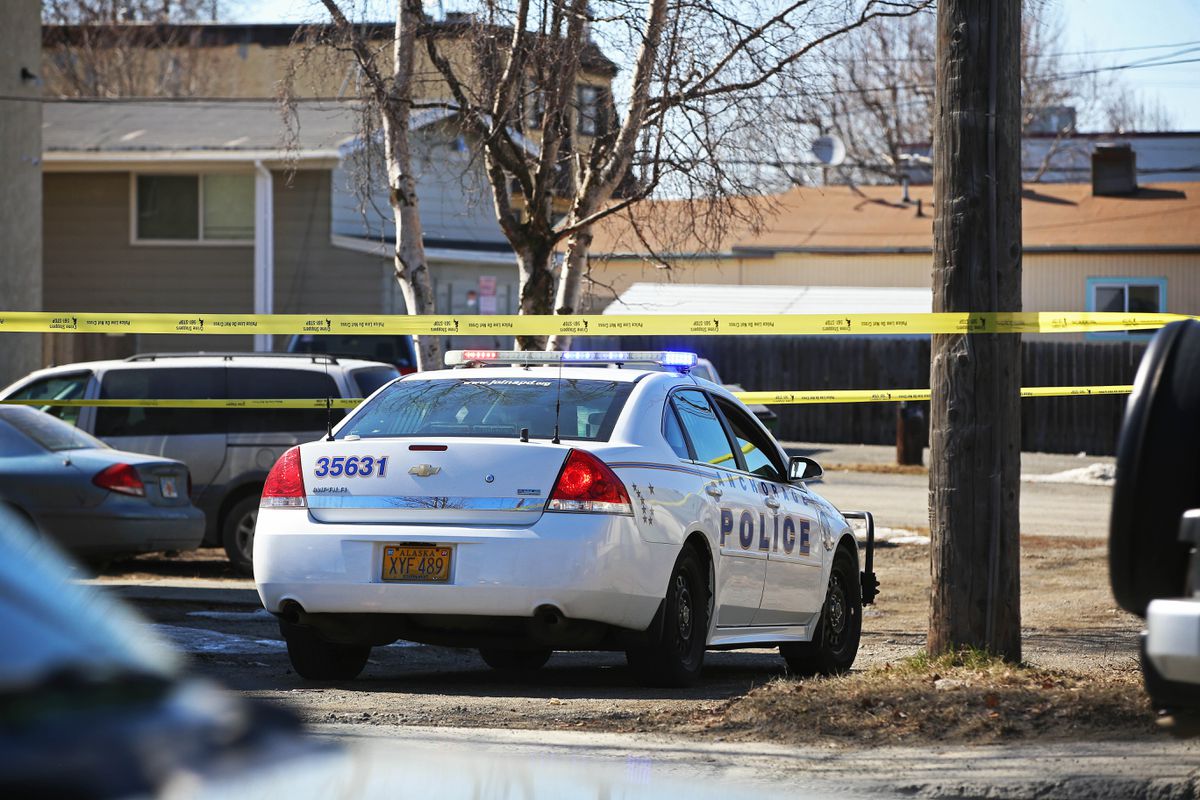 Anchorage police respond to a scene at the 1000 block of Ingra Street in Anchorage on Friday. (Emily Mesner / ADN)

Anchorage police respond to a scene at the 1000 block of Ingra Street in Anchorage on Friday. (Emily Mesner / ADN)

A man charged with murder is accused of fatally stabbing his 23-year-old daughter Friday in Anchorage’s Fairview neighborhood.

Armando Velador Padilla, 46, was taken into custody after the incident and charged with first-degree murder, second-degree murder and animal cruelty.

Anchorage police said that the woman, whom they later identified as Darla Velador, was found inside a residence with injuries to her upper body after a report of a disturbance in the 1000 block of Ingra Street.

Police received a call at 12:55 p.m. Friday from a man saying his girlfriend’s father, Velador Padilla, had shown up at their place, acting “very crazy” and “talking about demons,” according to a sworn criminal complaint filed in the case.

Police officers arrived two minutes later and found her bloodied and lying on the floor, according to the complaint. She was unconscious — officers could not find a pulse — and Velador Padilla was standing over her covered in blood, the complaint said.

His daughter had multiple puncture wounds to her neck, arms and upper body and was taken to the hospital, where she was pronounced dead, according to the complaint.

Her dog also appeared to have been stabbed repeatedly, and it was taken to a pet emergency clinic where it was later euthanized due to the severity of its injuries, the complaint said.

Officers also heard him say “my daughter’s at peace, I killed the devil,” while he was at police headquarters, according to the complaint.

Velador Padilla was arraigned on the charges Saturday, and Magistrate Judge Katherine Chung set his bail at $250,000 cash corporate and $250,000 cash performance, with release conditions including electronic monitoring, house arrest and a third-party custodian.