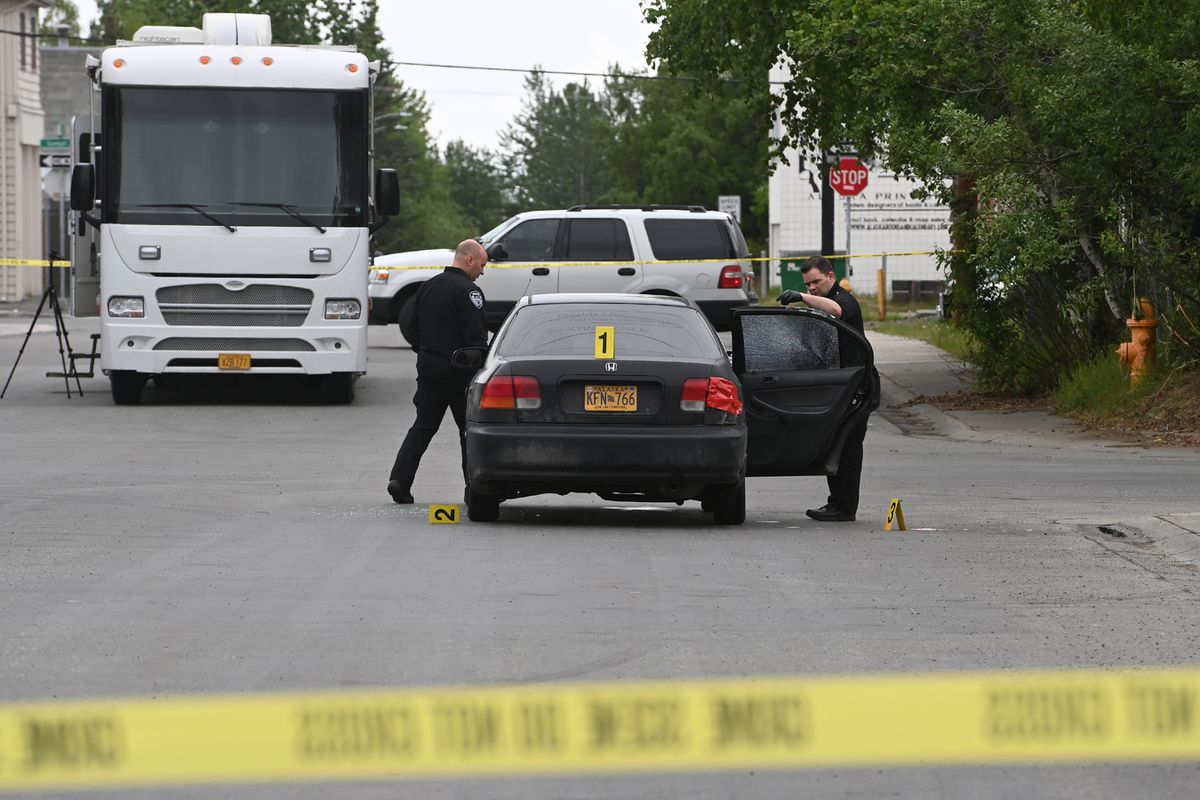 Police on Friday identified the shooting victim as 25 year-old Dvonte Castro. No further details about the shooting were made available.

Officers responding to a report of gunfire near downtown Anchorage early Wednesday found a man dead and a woman wounded, police said.

The woman was hospitalized after the shooting around 2:30 a.m. but her condition was not immediately available, police said in an online alert.

Police closed streets near the scene at 12th Avenue and Hyder Street, between Ingra and Gambell streets, as an investigation continued. On Wednesday morning, officers peered into a black sedan with two open doors that was parked at 12th and Hyder. Evidence markers dotted the street surrounding the car.

Police did not immediately release further details, including whether any suspects had been identified.

This is the eighth homicide in Anchorage this year and the second in as many days. On Tuesday, a woman with upper-body injuries was found dead at an East Anchorage baseball field. Few details have been released about her death.

No arrests had been made in either case, Thim said.