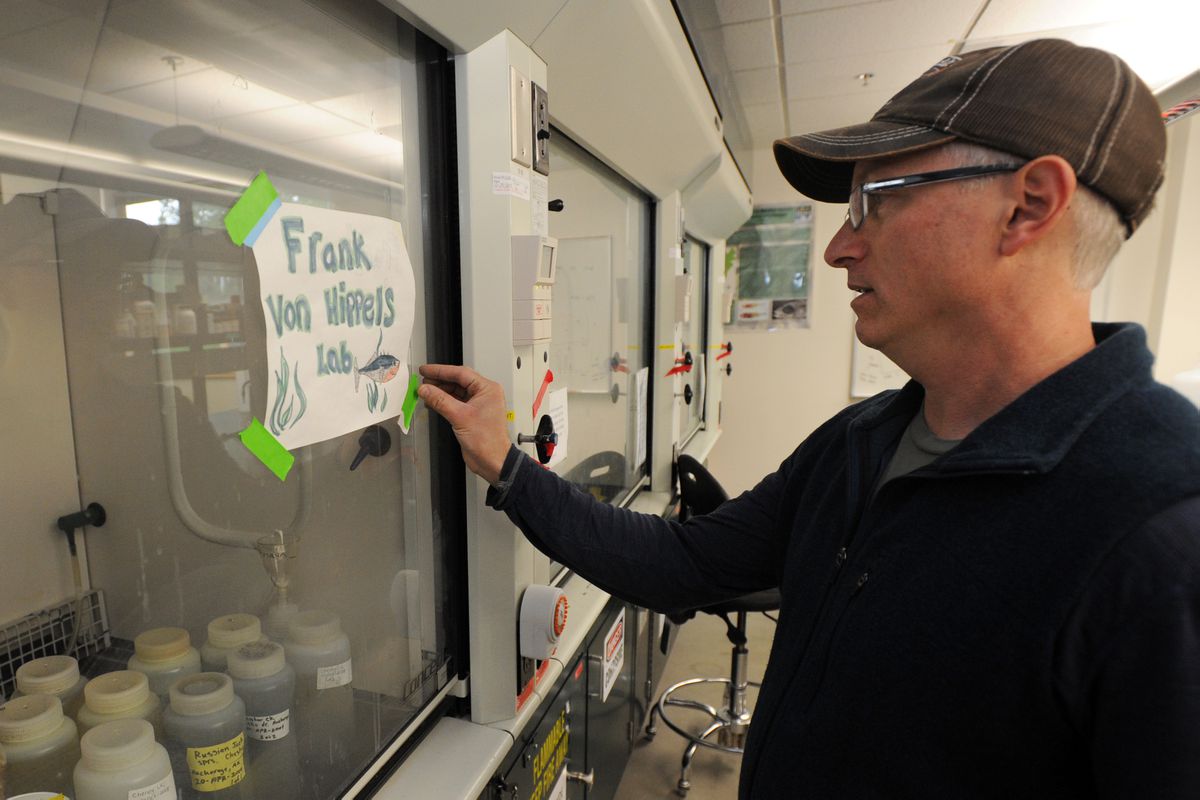 Dan Rinella, a University of Alaska Anchorage assistant professor and aquatic ecologist, received a call earlier this month. He picked up the phone — it was another Anchorage professor.

Rinella won't return to the Anchorage campus this fall. A variety of reasons drove his decisions, including the constant threat of budget cuts and financial uncertainty. There were better job offers out there — jobs that allowed him to focus on his research. Jobs with more stability.

Rinella had been on a year-to-year contract with UAA.

"I wanted to look for a job while I had a job, not while I'm out of work," said Rinella, a husband and father of two who has worked at UAA for 16 years. "If I was single, maybe I could have weathered it."

It's unclear how many professors will follow a similar, voluntary path out the door of the cash-strapped university or how many already have. University administrators said data on the total number of professors who have left this year won't become available until late summer or early fall. But they said they haven't noticed a spike in resignations.

Despite the absence of hard data, some faculty members said they have heard more discontent from colleagues recently and more talk about job searches as university administrators try to close an anticipated multimillion budget gap.

"I've never heard so many people say, 'This is the first time I've started looking Outside for jobs,'" said Diane Hirshberg, director of the UAA Center for Alaska Education Policy Research.

"So even if people aren't leaving yet," she said, "I'm guessing there are a lot more people who are reading the Chronicle of Higher Ed, and I think that definitely is a big concern."

The University of Alaska system still has not passed a final budget for its next fiscal year, which starts July 1. It's waiting on Juneau, where Alaska lawmakers continue to butt heads, leaving university officials guessing about finances and bracing for the worst: $50 million less in state funding than last year.

Across the university system, on large campuses in Anchorage and Fairbanks and smaller ones in Juneau, Sitka and other cities, this could translate to the elimination of academic programs, degrees and hundreds of jobs.

It has prompted a series of budget-driven announcements from UA President Jim Johnsen. The UA system is looking at moving from three accredited universities based in Anchorage, Fairbanks and Juneau to a single accreditation. The Fairbanks campus will have an interim chancellor this year instead of a permanent one.

Johnsen has also initiated a review of some academic and administrative programs through "strategic pathways," his program meant to reduce redundancy and focus on the strengths of each campus. On Thursday, Johnsen announced he signed an emergency regulation, shrinking the number of days an employee must be notified before a furlough from 60 to 30.

"This will allow the university more flexibility to act without doing so prematurely," Johnsen said in his letter to the UA community about the furlough regulations, noting the continued absence of a state budget from legislators.

The anticipated cut in state funding comes on top of an expected decrease in enrollment and increase in costs for items like health insurance.

Johnsen has said the potential $50 million decrease is more like a $75 million cut.

Instead of staying at UAA, Rinella has taken a job as a senior fish biologist with the U.S. Fish and Wildlife Service. He'll stay in Anchorage. He submitted his resignation Monday, effective June 10.

Frank von Hippel, a tenured professor in the Department of Biological Sciences, is leaving too. He boarded a plane this weekend for a job at Northern Arizona University. He was offered a 10 percent raise there. He said what really sold him on the new job was the promise of more research time and a state-of-the-art lab.

Von Hippel was born in Anchorage and said that at one point he once planned to finish his career at UAA. But the trying budget times made it hard to say no to a new job in Arizona. If the budget situation were different, he said, "it definitely would have made me hesitate more."

Sam Gingerich, UAA provost and executive vice chancellor, said he didn't have concerns this year about tenured and tenure-track professors leaving their jobs in Anchorage, because of how the hiring cycle works.

Most people start looking for university jobs in the fall, and those jobs start the following academic year, he said. He said the question really is how many professors will look for job openings in fall 2016 and will leave next year.

Outside Alaska, professors might find better offers, he said, because the state's economic ups and downs run countercyclical to the rest of the country.

"UAA has been growing through the last decade. There was more money and the economy in the Lower 48 was crashing," Gingerich said.

But now the tables have turned. Oil prices have crashed. While he didn't know how many professors had decided to leave, Gingerich said, the university system needed stability.

"That's human nature, we don't like uncertainty," he said. "The sooner a new normal can be established, the better."

To cope with upcoming budget cuts, Gingerich said, UAA is not renewing some term-by-term faculty contracts, which renew each year.

Rinella, the term assistant professor, works for UAA's Alaska Center for Conservation Science and focuses on salmon research and the ecology of freshwater ecosystems.

His contract required him to teach two classes a year, he said, but he typically bought one out — paying the university with money he earned from grants that support his research. He said he worried if UAA reduced the size of the faculty he would lose control of his teaching load.

"And then I started looking at jobs," he said. "It's uncertainty that was killing me."

"This is something that students do get to experience above and beyond the standard curriculum," Murphy said, who has worked at UAA for 13 years.

Murphy said he wasn't too worried about his job, but he has heard rumors of people looking elsewhere for employment.

"In general, there are people looking and I suspect that the floodgates will be open next year," Murphy said. "Or they might be open already and we just won't see the impacts until next year."

Robbie Graham, UA associate vice president of public affairs and federal relations, said in an email the university system has top faculty and administrators who are headhunted on a regular basis, and resignations occur regardless of the fiscal environment.

"The university has Fulbright scholars and Carnegie fellows, and while budget uncertainty may be causing faculty to dust off their CVs, there is also every reason to believe the university will grow and become stronger and more resilient in the years ahead," she said.

Von Hippel said he noticed a drop in morale among his colleagues last year when UAA evaluated every one of its hundreds of academic and support programs.

"The goal of that was to be able to cut $1 to $2 million and then when the scale of those cuts became evident, that whole process just went out the window," von Hippel said. "When we really saw just how big those cuts were, I decided to accept this position in Arizona."

He said he felt that concern about the University system was widespread. Even his mother's hairdresser was worried about her daughter, still in high school, going to a state university that is in a decline.

Betsy Taake, the hairdresser, said in a phone interview her family was moving to Wisconsin. She said they decided to put their house on the market, determining it better to sell and move now then try to sell later when more people may be moving.

"We just started hearing about all of the oil cuts and the cuts for the budget for colleges," Taake said. "We just thought we would put our house on the market before the bottom hit and get to a state where there would be better colleges."

Taake said their home sold in three days. Her daughter is a ninth-grader.

Von Hippel said he hoped the Legislature would rethink the university budget cuts, which he called "shortsighted." He said he's concerned when the fiscal situation improves, people — and professors — will have already left the state.

Of the proposed university cuts, he said, "It's kind of like eating your seed crop during a famine."