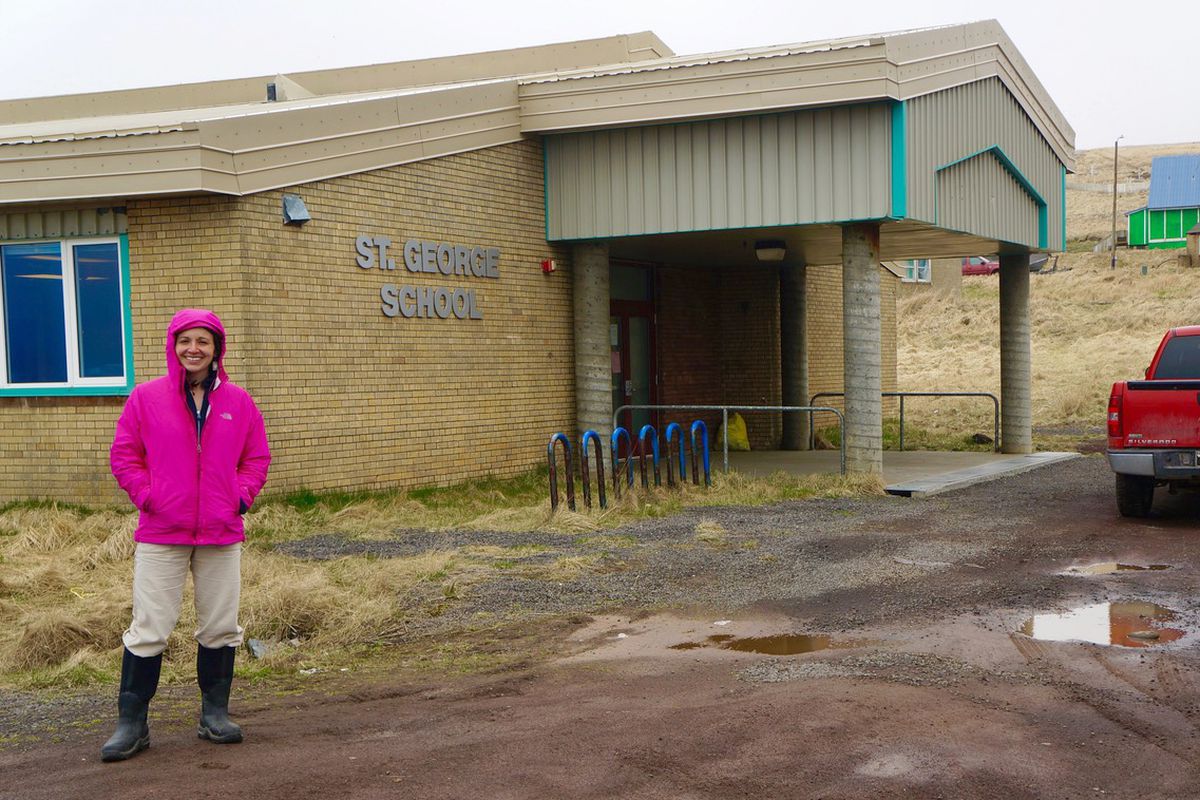 A tiny school on remote St. George Island in the Bering Sea and an alternative school in the Interior's Delta Junction have shut their doors due to shrinking enrollments, according to the state education department.

Both New Horizons High School and St. George School were expected to enroll fewer than 10 students this fall, the minimum needed for full state funding.

Since 1999, an average of two Alaska public schools have closed each year — all but one due to low enrollment, according to state records.

Far off the coast of Southwest Alaska, enrollment at St. George School has fallen over the years, and the Pribilof School District had to figure out how to continue to educate a declining number of students on an island that's separated from the nearest school by 50 miles of open ocean, said Brett Agenbroad, district superintendent.

Agenbroad said the district didn't expect St. George School to enroll 10 students this fall and it didn't have the extra money to supplant the lost state funding. The state estimated the village's population at 72 in 2016.

"To open an entire school for less than 10 students doesn't make financial sense at some point," Agenbroad said.

The state requires its public schools to have at least 10 students enrolled during the October count period to receive full funding. If a school's enrollment falls below that standard, the district must decide to either pick up more costs or close the school.

During the 2016-17 school year student count, the district reported St. George's enrollment at 10. However, the state disputed that and only funded the school for six, cutting funding by about $140,000, which is roughly half of the school's budget, according to Agenbroad, who started working at the district in July 2016.

The district disagrees with the state and is currently appealing the decision, but that drop in school funding depleted the district's reserves.

"So we've made it through the year and we're just trying to recover," Agenbroad said Tuesday.

If St. George enrollment fell under 10 in the upcoming school year, it would lose even more state funding, Agenbroad said.

After many community conversations, the district decided to close the school and relinquish the building to the state. Agenbroad described the decision as a "life-changing event" for the village.

"There is a deep sense of loss and mourning that is associated with this kind of change," Agenbroad said.

The mayor of St. George and the president of the St. George Traditional Council did not respond to requests for comment Tuesday.

Ruby Oatman, the former teacher in  St. George, described the school as the "hub of all community events" on the island. It also housed a library where residents could borrow books and use the internet — a prized commodity in the remote village, she said. The library will close with the school.

"That's really hard for a lot of people in the community because now they have no access to the internet," Oatman said. "It's hard to explain how much of a hit that is."

After teaching in St. George for four years, Oatman moved to St. Paul this summer, where the district's other school is located. Oatman will teach on the island and also continue to work with the seven students in St. George, running the new "supported correspondence program" from afar.

Agenbroad said the district had acquired a permit that would allow students to meet at the former school building four hours a day. He said he was trying to figure out how to outfit the building with internet at a reasonable cost.

Oatman said she expected to scan documents to the St. George students and visit the village a few times a year.

While she said it's the best option given the circumstances, she said she also mourns the loss of the school in a community that she described as "happy, loving and welcoming." She worried about what it means for the future of St. George.

"It is hard in Alaska because we have these rural communities and to fund these schools for just a few kids, it is pretty expensive and people might contemplate, 'Is it worth it? Is it not?' " she said. "But when we shut down a school, we shut down a community."

Hundreds of miles away in Delta Junction, the school district expected enrollment at New Horizons to drop from around 15 students during the last school year to five part-time students, at most, this fall, said Laural Jackson, the Delta/Greely School District superintendent.

New Horizons served students who had a "barrier" to attending a regular high school, including behavioral issues or medical concerns, she said in an email Tuesday. She said she didn't know what specifically triggered the falling enrollment, but suspected it might have to do with an increasing number of home-school options and distance education classes.

In response to enrollment declines, the district decided to transform New Horizons from an alternative school into a "program" for the upcoming school year and move it to Delta High School, roughly 100 miles southeast of Fairbanks, Jackson said.

It will still serve the same population.

"We're still serving the students' needs," she said. "We think it's going to work out well."

In the past decade, more than a dozen schools have closed in remote Alaska communities, including Tenakee Springs, Cold Bay, Egegik and Stevens Village.