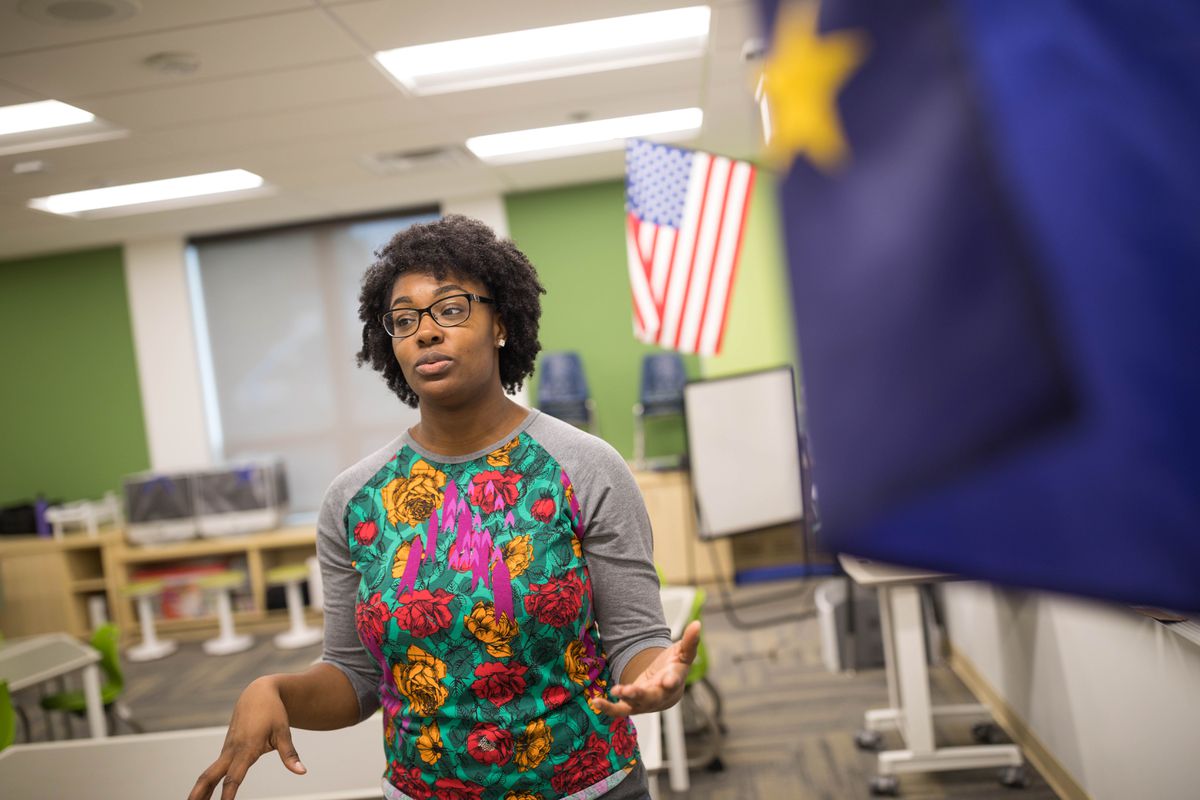 Sweet, like more than 200 other Anchorage teachers, got laid off in May, as the Anchorage School District awaited a budget from a gridlocked Alaska Legislature that had gone into overtime. At the time, district officials said they had to meet layoff notification deadlines written in state law and prepare for the worst: a nearly 6 percent funding reduction proposed by the Senate.

A month went by before state lawmakers passed a budget and agreed to fund public schools at the same level as the year before. The school district started calling nearly all of the pink-slipped teachers and offering them jobs.

Wednesday was the first day back at school for thousands of Anchorage teachers, including 200 of those once laid off. Sweet went back to the same green classroom that she had completely packed up in May.

"It's like starting from scratch again," she said, pointing to her classroom's mostly bare walls and empty shelves.

[On the last day of school, Anchorage principals hand layoff notices to 220 teachers]

Sweet said she had spent much of June "in limbo," interviewing for out-of-state jobs and worried that she and her son, who is entering first grade, would have to leave her hometown and her family.

A month after Sweet got laid off, the district offered her the first-grade teaching job back and she accepted it. She said she was excited, but also felt a little conflicted.

"You don't want to bite the hand that feeds you, but in the back of your head you're thinking, 'Do I really want to go back to this district that decided to cut us all?' " she said. "It could happen to me again."

The Anchorage School District said six teachers laid off in May resigned from the district. An additional six people remained in "layoff status" as of Wednesday because the district didn't have the right type of vacant job for them.

By Tuesday, the Anchorage School District continued to hire for 51 teacher positions, about half in special education.

In total, the district expects about 2,975 full-time teachers to start the 2017-18 school year in Anchorage, 99 fewer than the year before.