The Anchorage School District and teachers union reached a tentative contract deal. Here’s what it includes. 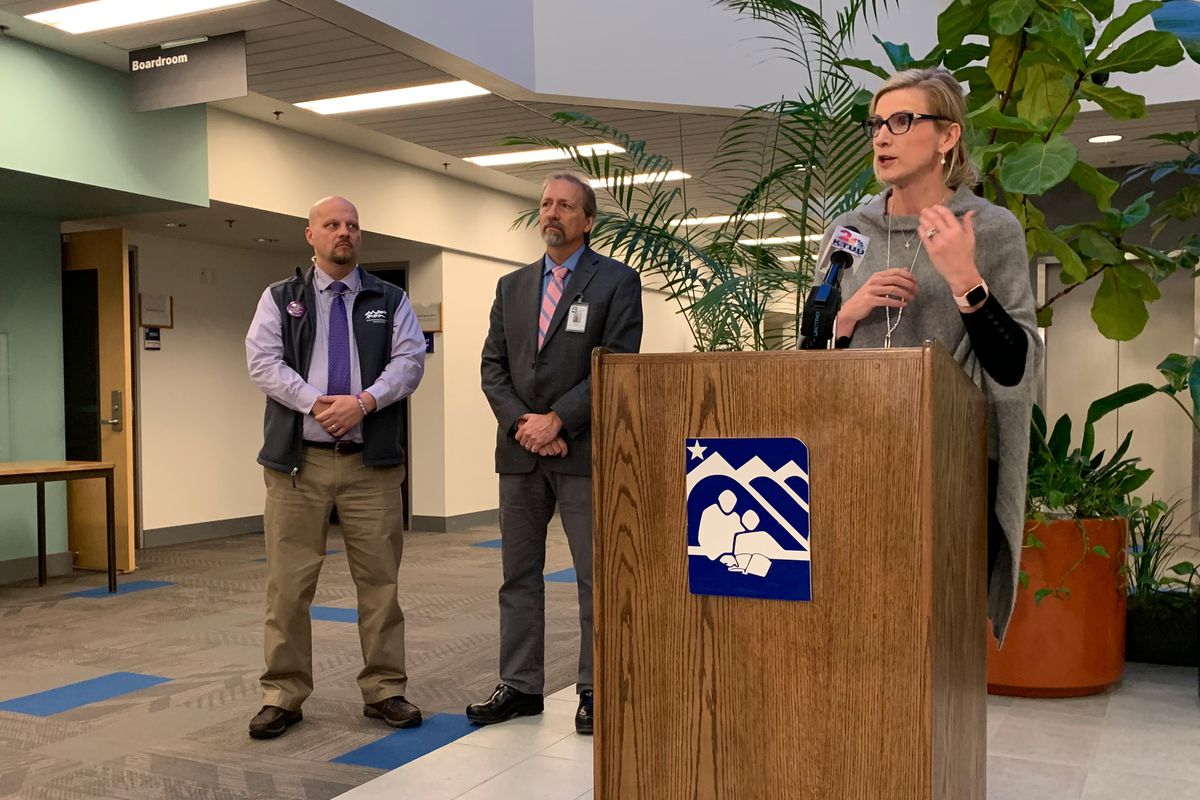 The Anchorage School District and the teachers union released more details Friday about the terms of the three-year contract that they tentatively agreed to this week.

That contract proposal includes increases to union members’ salaries and to the district’s contribution toward their health insurance premiums. The proposed pay increase is more than what the school district originally proposed, but less than what the union asked for.

The proposal also includes a slew of other new additions, including some to the “academic freedom” portion of the contract such as: Union members may provide their students with additional time for physical activity. The proposed contract also addresses increasing collaboration with teachers about changes to classroom practices and programs.

The contract, however, isn’t yet a done deal.

The Anchorage School Board and the union members themselves still must vote to approve the contract before it takes effect. The union has roughly 3,300 members including schoolteachers, counselors and nurses. They’re currently working under the terms of a contract that expired June 30.

Bargaining teams for the school district and the union, the Anchorage Education Association, reached the tentative contract agreement late Wednesday night after months of negotiations.

Officials with the district and union released details of the proposed contract in a joint, written statement Friday and at a press conference.

“We feel we have an excellent school district. We have excellent people and we’re ready to move forward,” said Anchorage Schools Superintendent Deena Bishop.

Here’s some of what’s included in the proposed contract:

Salary: Members of the teachers union are paid based on a combination of experience and how much college education they have. The salary schedule in the expired contract starts at $48,886 for a teacher with no experience and a bachelor’s degree.

Health benefits: Under the expired contract, the district contributes $1,645 per month to a union member’s health insurance premium.

The tentative contract agreement says the district would contribute $1.9 million to the union’s health reserve account this school year to offset premium increases. Next school year, the district would increase its contribution to health insurance premiums by $50, bringing it to $1,695. There would be no change in 2020-21.

Academic freedom: The proposal says union members may provide their students "additional time for physical activity in keeping with school schedules and District expectations and state requirements.” It also says union members will only be required to submit lesson plans if they’re on a growth or improvement plan, or if the administrator has a specific, previously documented performance concern. Union members have a “professional responsibility to meet student learning styles and differentiate instruction,” the proposed contract says.

Special education: Changes to this part of the contract address communication, safety needs, training and more. There’s new proposed language that says union members would be compensated for Individualized Education Plan meetings that extend more than 15 minutes beyond the workday.

It also says the school district would provide support and training for teachers with students who exhibit violent and disruptive behaviors.

“Students who have been removed from the classroom for violent or severely disruptive behavior shall only be returned to the classroom after appropriate action has been taken,” the proposed contract says. “It is strongly encouraged that a meeting between the member, administrator, and parent occur prior to the student returning to the classroom.”

Under the proposed agreements, the school district would schedule a committee to review elementary schools’ English Language Arts curriculum and implementation.

During the recent negotiating sessions with federal mediators, middle school scheduling persisted as the main hurdle to reaching a contract deal, said Tom Klaameyer, president of the teachers union. The union and school district went through three rounds of mediation, the last one on Wednesday.

“It’s actually unusual — my understanding is — for mediation to last through several sessions that way. It was five different meetings over three different periods of time,” Klaameyer said. “And the last probably three days of those were hammering out the middle school model.”

The school district moved to a “middle school model” in the 1990s, according to Michael Graham, district chief academic officer.

Middle school teachers taught during five of the day’s seven periods, he said. A team of teachers shared the same group of students who rotated between them for their different class subjects. Teachers had a period for individual planning time. They had another period for team planning time -- when teachers could collaborate and coordinate with each other.

Currently, in all but two middle schools, teachers have classes during six of the day’s seven periods. That means that many teachers have lost collaborative planning time, and they also have more students, Klaameyer said.

“It’s time to make a decision,” he said. “If we really want middle school, we need to fund it. If we can’t fund it, then we can’t expect everything out of junior high that middle school does."

Graham said it would cost about $5 million more for middle schools to return to teachers teaching during five of the day’s seven periods.

Under the expired contract, the district spent about $345 million on salaries and benefits for members of the teachers union, Anderson has said. The district’s total general fund budget for the current school year is about $565 million.

Union members will vote on whether to approve the contact on Dec. 3 to Dec. 5.