At UAA, governor’s budget cut could lead to loss of about 700 jobs and 40 degree programs 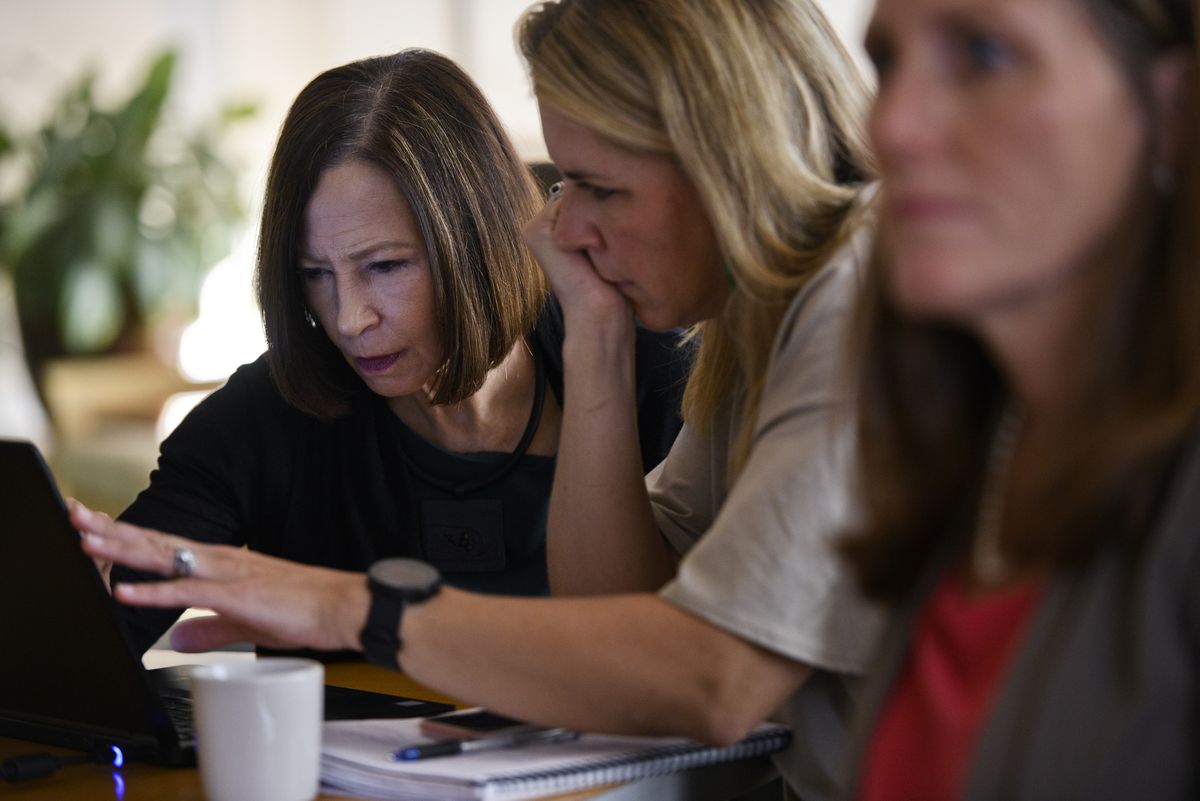 Amid calls this week for the state Legislature to reverse Gov. Mike Dunleavy’s veto of state funding for the University of Alaska system, administrators at the state’s largest university are also sketching out the impacts of a cut of that size.

Citing rough estimates, University of Alaska Anchorage Chancellor Cathy Sandeen said the veto could lead to about 700 layoffs, including tenured faculty, and the elimination of about 40 of its 105 degree programs, resulting in the loss of at least 3,000 students.

“UAA could be roughly half the size that it is today,” Sandeen said. “I don’t think the public realizes that’s what this could mean."

There is not yet a list of degree programs that would get cut first, Sandeen said. Health care and engineering would likely both remain focuses at UAA, she said.

As university administrators consider what a smaller UAA could look like, Sandeen said, they’re also busy this week trying to persuade the Alaska Legislature to overturn Dunleavy’s veto. There’s an organized effort across the public university system to have the cut reversed.

In total, the UA system faces a $135 million cut to its state funding — $130 million from the governor’s veto and a $5 million cut previously approved by the state Legislature. That’s a 41% reduction in state funding from last year, and it’s a 17% cut to UA’s overall budget.

The UA line-item veto was the biggest among 181 other cuts unveiled by Dunleavy last Friday, three days before the start of the fiscal year. A document from the governor’s office says UA is too dependent on state funding and it has too many high-paid executives and duplicates of too many programs. UA President Jim Johnsen says the governor’s administration has used selective data without any context.

“We rebutted a lot of this during the legislative session,” he said.

But it’s far more complicated than that, Sandeen said. The campuses are too interwoven and share too many services and costs to silo the funding cuts, she said.

Sandeen said she has asked UAA deans and directors to begin looking at their degree programs and develop criteria they could use to help decide what to cut if the veto doesn’t get overturned.

“I want to reassure people and keep them focused on advocacy,” Sandeen said. “But at the same time, I need to start doing some calculations and I need to let the public know this is what could happen.”

To keep its accreditation, she said, the university could not simply eliminate degree programs and leave enrolled students with nowhere to turn. Nor would it want to, she said.

If a degree program were cut, she said, students could transfer to a similar program within the UA system or, possibly, complete their degree online through an out-of-state institution such as Arizona State University.

By number of students, UAA is the largest university in the UA public university system and in the state. It’s centered in Anchorage and has four community campuses. It enrolled 15,660 students this spring, and it employs roughly 1,560 non-temporary faculty and staff.

If university employees are laid off, Sandeen said, they’ll likely move away, and that’s concerning.

“There’s no replacement jobs for those people, so unless they can retire we’re probably seeing a lot of people leaving the state,” she said.

Sandeen said she’s also concerned about more students leaving Alaska to attend college as a result of the budget veto, and not coming back to the state.

“I’m very worried about the brain drain,” she said.

The chancellors at UAF and UAS this week said they remained laser-focused on organizing advocacy efforts to convince the state Legislature to override the governor’s veto. They said they didn’t yet have data on how the $135 million cut would impact their campuses specifically.

Johnsen has said the veto could result in the elimination of 1,300 jobs across the university system. It could also mean the elimination of academic programs, the closing of campuses and the increasing of tuition, he said. For scale, the entire UAA campus receives $120 million in state funding — $15 million less than the total cut, according to UA.

Johnsen has described the governor’s veto as “devastating” and said it will “strike an institutional and reputational blow from which we may likely never recover.” It follow cuts to state funding for UA in four of the last five years.

The statewide office, Johnsen said, is also focused on communicating with legislators the importance of a veto override. UA has published online talking points for its supporters to use when calling or emailing their legislators.

People also rallied behind UA by signing a petition against the veto. The petition had more than 8,200 signatures by Thursday morning.

Overriding a veto would take agreement from 45 of the Legislature’s 60 members, a high bar. The Legislature has a special session scheduled for Monday, with a deadline to override any vetoes by July 12.

If the Legislature doesn’t override the veto to UA funding, the university system’s Board of Regents is prepared to declare “financial exigency” on July 15, allowing it to more quickly cut programs and lay off employees, including tenured faculty.

It’s very uncommon for a university to make such a declaration, said Lynn Pasquerella, president of the Association of American Colleges and Universities.

In the meantime, UA has implemented freezes on traveling, hire and new contracts to curb some costs.

About 2,500 UA employees on Monday also found out they’ll have to take 10 days unpaid leave during the current fiscal year, unless the veto is overturned. That’s roughly 65% of all of UA’s non-temporary employees, according to UA data. It will save the university system between $10 million and $11 million — just a slice of the state funding erased.