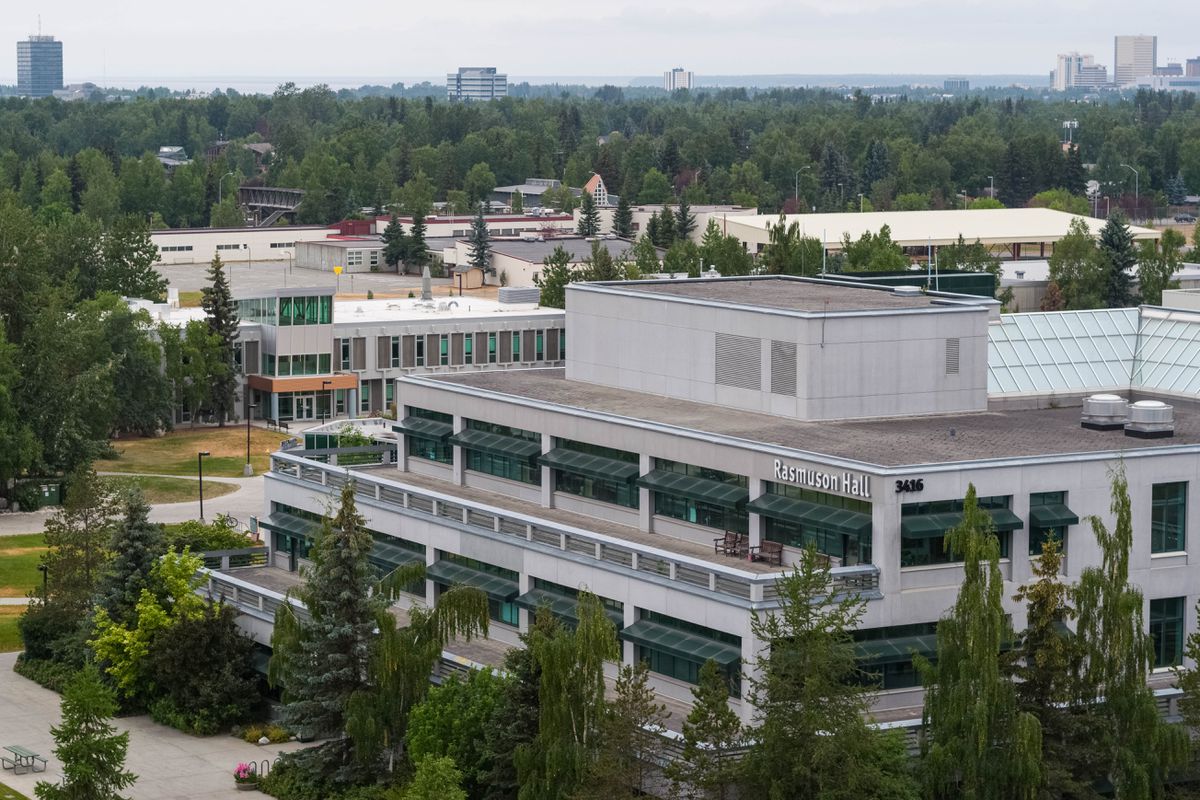 Gov. Mike Dunleavy and the majority of legislators continued to have warring opinions on Monday about how much state funding the University of Alaska system should receive this year.

With the fall semester starting next month, UA’s governing board is scheduled to meet in Anchorage on Tuesday to discuss how to deal with a $135 million state funding cut for the fiscal year that started July 1. Do they pass out the reductions proportionately between universities and statewide administration? Or do they overhaul the UA system and move from three separately accredited universities to multiple campuses with a single accreditation, like the University of Washington?

As the UA Board of Regents prepares to move forward with one of the two options, uncertainty swirls around whether the state funding amount for UA will change and, if so, by how much and when.

The current $135 million budget cut stems from Dunleavy’s veto of $130 million in state funding for UA on June 28 atop a $5 million cut approved earlier by the Legislature. In total, it’s a 41% cut to UA’s state funding, and just over 15% of its total operating budget for the last fiscal year.

But on Monday, a majority of Alaska legislators voted to soften the funding cut for UA, agreeing to restore $110 million in state money to the public university system this year. That funding still must survive Dunleavy’s veto pen, or have enough support from lawmakers to override a veto.

[Legislature sends bill with $1,600 dividend and reversal of most budget vetoes to Dunleavy’s desk]

“What we’re trying to do is work with the university and work with our systems within state government to come up with sustainable systems that also have outcomes that we all expect,” he said.

A recent — and perhaps unprecedented — UA funding proposal from Dunleavy’s administration includes similarly deep cuts for the university system, but spread over the current fiscal year and the next one. It details specific cuts to specific areas of UA’s budget, including zeroing out state funding for university research and for the University of Alaska Museum of the North.

The proposal says the restoration of $38 million in state funds to UA this year “requires reductions to be confined to identified categories.”

The proposal out of the state Office of Management and Budget sparked criticism from some Monday, including UA’s accrediting agency. It also doesn’t have the support of UA President Jim Johnsen.

“I don’t believe what they put together at this point is something that we’d agree to,” Johnsen said. “We’re open to continuing to talk to the administration.”

Johnsen said he doesn’t support the proposal for four reasons: It poses a risk to universities’ accreditation, the funding reduction is still “too much too fast,” it attempts to usurp the constitutional authority of the regents and it makes unrealistic assumptions about money that could replace state funding.

A representative from Dunleavy’s administration is expected to present the proposal at the regents’ meeting Tuesday.

John Davies, regents’ chairman, said he believes it’s up to the regents and the campuses to decide how to allocate budget cuts, not the governor’s administration.

Typically, that’s how it goes: Lawmakers agree to a state funding amount for UA each year and the regents vote on how to budget that money.

Davies said he’s never seen a proposal from the governor’s office like the one up for discussion Tuesday.

Neither has Vic Fischer, the last surviving delegate to Alaska’s constitutional convention.

Fischer said the Alaska Constitution gives the regents the authority to formulate policy and appoint the university system president, and that independence was intentional. He criticized the budget proposal as an affront to regents’ authority.

“I’m just hoping that the Board of Regents has the guts to stand up and not go along with undermining the whole structure of the university and making deals with OMB and the governor,” he said. “Anything that is done should not be done by negotiating with somebody who does not have the constitutional authority to make policy decisions about the university.”

But Matt Shuckerow, Dunleavy’s press secretary, disputes that the state is trying to prescribe how regents reform the UA system. In a statement Monday he described that as one of the “false narratives” released by UA in advance of Tuesday’s meeting.

“The Governor has in fact offered to work with the University and its Board of Regents on how best to transition the UA System. He has extended the opportunity to provide additional funding that could allow the University to transition over multiple years — putting $38 million in transition funds on the table and including discussion points on how to get there,” Shuckerow said.

Bethany Marcum, executive director of the Alaska Policy Forum, a conservative advocacy group, and a former legislative aide to Dunleavy, said the proposal seemed reasonable, well thought out and in line with two prior reports on the university system.

But Rob Anderson, president of the State Higher Education Executive Officers Association, said: “I think it sets a dangerous precedent for a governor to insert himself in this manner and negates the authority of the constitutionally mandated, gubernatorially appointed, and legislatively confirmed Board of Regents.”

The president of the agency that accredits UA also raised concerns Monday about the proposal from Dunleavy’s administration.

Sonny Ramaswamy, president of the Northwest Commission on Colleges and Universities, wrote in a letter to regents that the agency requires accredited universities to have an independent governing board.

The agency remains concerned about the long-term consequences of the 41% state funding cut for UA this year, wrote Ramaswamy, and the “additional and, perhaps, inappropriate strong-arm ‘guidance’ of the Alaska Governor” poses yet another factor as it considers the universities’ accreditation status.

The loss of accreditation has serious ramifications: Many employers and graduate schools require proof of graduation from an accredited institution. The U.S. Department of Education also requires accreditation for a school to be eligible for federal student aid.

The regents’ meeting Tuesday follows their decision last week to declare “financial exigency,” allowing them to more quickly cut costs in the face of a financial crisis. The week before that, bonding and borrowing money became more difficult and expensive for UA after Moody’s Investors Service downgraded its rating by multiple notches due to “the severity and magnitude” of its financial challenge.

On Tuesday regents will hear about two options for structuring the UA system in the face of the $135 million cut:

• Proportionately distributing the $135 million state funding cut to UAA, UAF, UAS and statewide administration. This would keep UA’s current organizational structure, and it’s the option supported by chancellors. Chancellors were directed last week to develop plans of what their universities would look like under the reductions. The broad, draft plans include cuts to academic programs, staff and tuition increases, but largely don’t dive into specifics.

• Create a “New UA,” shifting from three separately accredited universities to a multi-campus system with a single accreditation like the University of Washington or Penn State University. Johnsen supports this option.

Each month regents delay cutting expenses, it adds an estimated $11 million that will need to be cut in the remaining months of the fiscal year, UA officials have warned.

The UA regents are meeting from 9 a.m. to 1 p.m. Tuesday at UAA’s Lee Gorsuch Commons.