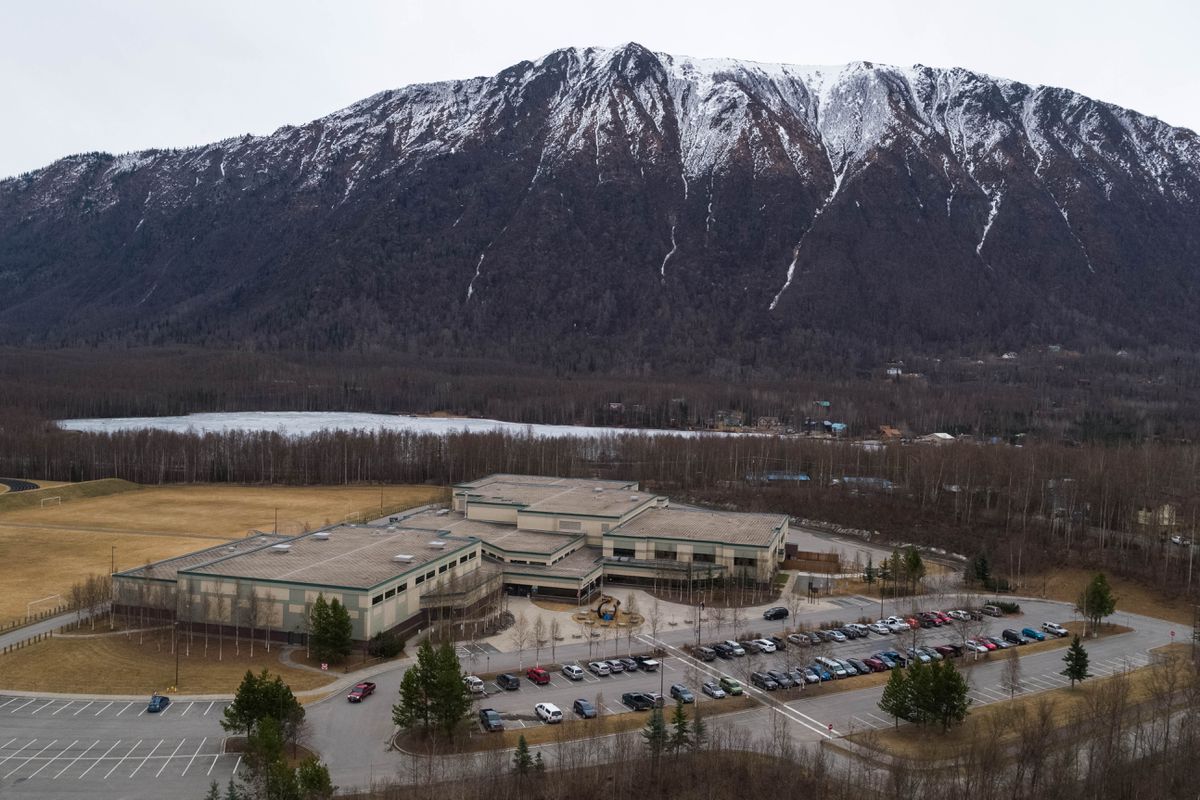 Anchorage school and health officials are working to allay concerns from parents in Chugiak about the new coronavirus after a student at Mirror Lake Middle School returned to class after a visit to mainland China.

In a letter sent to parents Wednesday, Mirror Lake assistant principal Suzanne Brown said there is no cause for alarm.

"The collective medical and epidemiological assessment (is) that there is no current concern for possible novel coronavirus at our school,” she wrote.

Brown said the school has been following all protocols set out by the U.S. Centers for Disease Control and Prevention and is working closely with the Anchorage Health Department and the Alaska Division of Public Health.

“Be assured the District, your school administrators, and nurse are very much engaged and will continue to monitor the student closely,” she wrote. “If at any time the student begins to exhibit any symptoms, we are prepared to take appropriate actions to safeguard the student and the school.”

Anchorage School District communications director Alan Brown said Thursday the student’s family returned to Alaska from a previously scheduled trip to China’s Wulong District on Jan. 27 and was back in school Monday. Brown said two of the student’s siblings also returned to schools in the district, but he declined to say which schools they attend.

Current CDC guidelines updated Wednesday categorize people entering the U.S. from China as “medium risk” and recommend they remain at home and avoid public activities. However, those guidelines specifically exclude people — such as the Mirror Lake student — who have already returned to the U.S. in the past two weeks.

According to Anchorage Health Department Chief Medical Officer Dr. Bruce Chandler, Alaska has seen zero confirmed cases of the new strain of the virus, which is thought to have originated in Wuhan, China. Wuhan is about 400 miles from the region the family visited.

“At the moment we’re not aware of and no one’s under investigation for suspected new coronavirus infection here in Alaska,” he said.

On Jan. 31, Anchorage School District Superintendent Deena Bishop issued a statement about the district’s response, saying it is working closely with state and federal health officials to prevent the spread of the virus, which causes respiratory distress and fever.

Brown said the Mirror Lake administrators felt it was appropriate to send out the message to parents after what he described as “a misinformation campaign” broke out on social media.

“The school felt compelled to inform their community,” he said.

At least one Mirror Lake parent agrees there is no cause for concern.

Tom Roth is the district’s chief operating officer and the parent of an eighth grader at the school. Roth said he empathizes with concerned parents but said all precautions have been taken to ensure the virus is not spread to students such as his daughter.

“If I thought there was anything to be worried about, she wouldn't be there,” Roth said. “But she is, she’s at school and I have no intention to pull her out.”

Roth characterized the danger to students as “negligible to zero” and noted the influenza virus presents a much greater risk to the population than the new virus.

“That’s not to downplay the coronavirus but it’s to put it into a context of what’s the real risk of it and what’s the likelihood that it’s going to be a problem,” he said.

As a grandfather, Chandler said he too empathizes with parents’ concerns about the new virus. But when asked if he thinks parents at Mirror Lake should keep their kids home from school, his answer was emphatic:

“No,” he said. “I think it's important kids get educated.”

As for parents, Chandler said education is also important and recommended visiting websites about the virus set up by the CDC and World Health Organization. He advised against getting information from social media.

Chandler said health professionals from school nurses all the way up to the CDC are monitoring the situation closely and so far, none of the experts believe keeping the child in question home is warranted.

“There’s no recommendation to exclude the student from class,” he said.

While the novel coronavirus currently poses little to no threat to Alaskans, Chandler said he continues to see large numbers of “pretty sick kids” suffering from influenza, which each year sickens hundreds of thousands of Americans and often kills tens of thousands.

“There’s still lots of other things that can cause respiratory illness and influenza is number one,” he said.

In general, Chandler said, people should cover their mouths when they cough or sneeze, avoid touching their face or eyes, and wash their hands frequently to prevent the spread of disease.