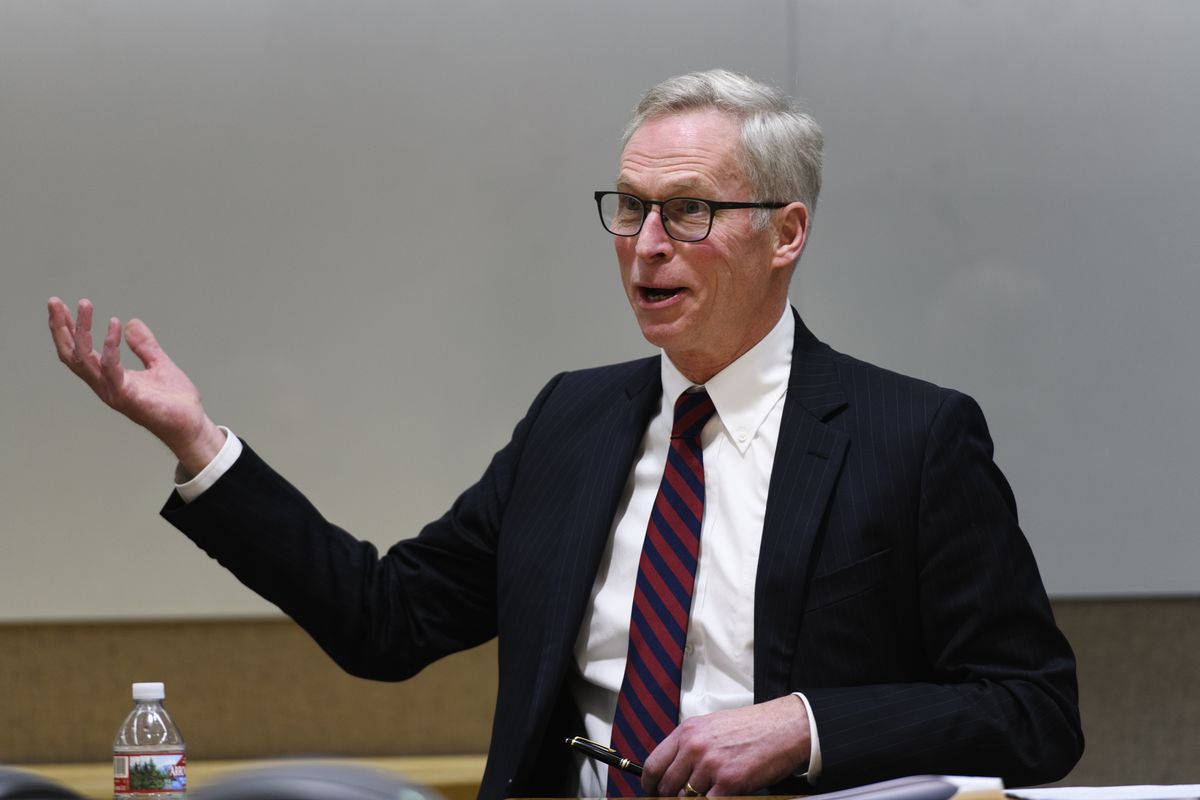 The University of Alaska’s faculty union has released a petition calling for the immediate resignation of the university system’s president Jim Johnsen, one week after the Board of Regents cut or reduced more than 40 academic programs.

Johnsen became president in 2015 and oversees three universities, 13 community campuses and about 30,000 students as leader of the UA system. The union’s executive board unanimously approved and launched the public petition Friday asking for his resignation.

“Jim Johnsen has failed in all areas that matter to the academic mission of the university system," the petition states.

By Monday afternoon, 226 of the about 1,050 faculty the union represents had signed the petition, according to the union’s president, Abel Bult-Ito.

It also cites issues related to promoting diversity at UA and “many other failures of leadership that are too many to mention.”

University spokeswoman Roberta Graham issued a statement Monday in response to the petition.

“President Johnsen recognizes, respects and supports the rights of the faculty to express their points of view through this petition,” Graham said. "While he takes issue with the assertions in this petition, he remains dedicated to inclusiveness and transparency, and he believes that shared governance ensures that our university is effectively serving our students and people of Alaska.”

Graham added, “President Johnsen’s focus has been, and will continue to be on the university’s mission and the Board of Regents’ goals – economic and workforce development, research, cost effectiveness and, most of all, student success. Recognizing that this is a critical time, he believes we will be more successful if we pull together, and avoid being divisive, for the good of the university, the students and our state.”

The University of Alaska is embroiled in a financial conundrum, facing large state budget cuts, declining enrollment and the economic effects of the coronavirus pandemic. UA predicts a budget gap by fiscal year 2022 that could be anywhere between $11.3 million and $36.3 million, depending on variables like enrollment, Johnsen has said.

“He understands and shares their frustration and their concerns brought on by years of unprecedented state funding cuts," Graham said of Johnsen.

[University of Alaska regents vote to cut or reduce over 40 programs, set merger aside for closer look]

The academic program cuts and administrative cuts, which the Board of Regents voted to pass June 5, are part of an effort to address the financial situation, Johnsen said.

“We believe those cuts were not necessary,” Bult-Ito said. “We’re basically cutting ourselves at our knees by cutting the very programs that provide income and revenue to the university through tuition and fees.”

Bult-Ito, a professor at University of Alaska Fairbanks, said the call for Johnsen’s resignation is the culmination of multiple issues the union sees in his leadership, including a “corporatization of the university” and Johnsen’s unwillingness to cut the administration at the expense of UA’s academic and research missions.

What helped bring the situation to a critical point, Bult-Ito said, were Johnsen’s responses last week to questions during an interview with the University of Wisconsin.

For example, Johnsen characterized Alaskans as prioritizing “handouts” from the government in the yearly PFD payment and not taking care of the state, Bult-Ito said.

“I think that was quite offensive to a lot of people, and to me, or to us, it showed his true colors,” he said.

Earlier this month Johnsen was selected as the sole finalist under consideration for the position of president of Wisconsin’s university system. But Johnsen rescinded his application from consideration Friday, after nearly 2,000 University of Wisconsin faculty, staff and students signed a petition calling for a new search for president. They called the search failed because they had no representatives on the search committee and pointed to Alaska faculty’s past votes of no confidence in Johnsen as cause for concern.

The UA faculty union’s petition criticizes Johnsen’s interviewing for the Wisconsin position, saying it demonstrates “that he is more willing to invest his efforts in advancing his own career than in leading the university system through these difficult times.”

At a time when the university system faces financial upheaval that could involve restructuring, it’s critical that UA’s leadership keep the university’s main mission — educating Alaskans and advancing research — at the forefront, Bult-Ito said.

“The fact that the president is unwilling to address the administrative waste at the university — we believe that that is costing faculty positions, and academic programs of value are being cut and that affect our working conditions and our job opportunities for our members,” Bult-Ito said. “So I think it’s very appropriate for the union to ask for the leader to resign when they’re not doing what we think they should be doing.”