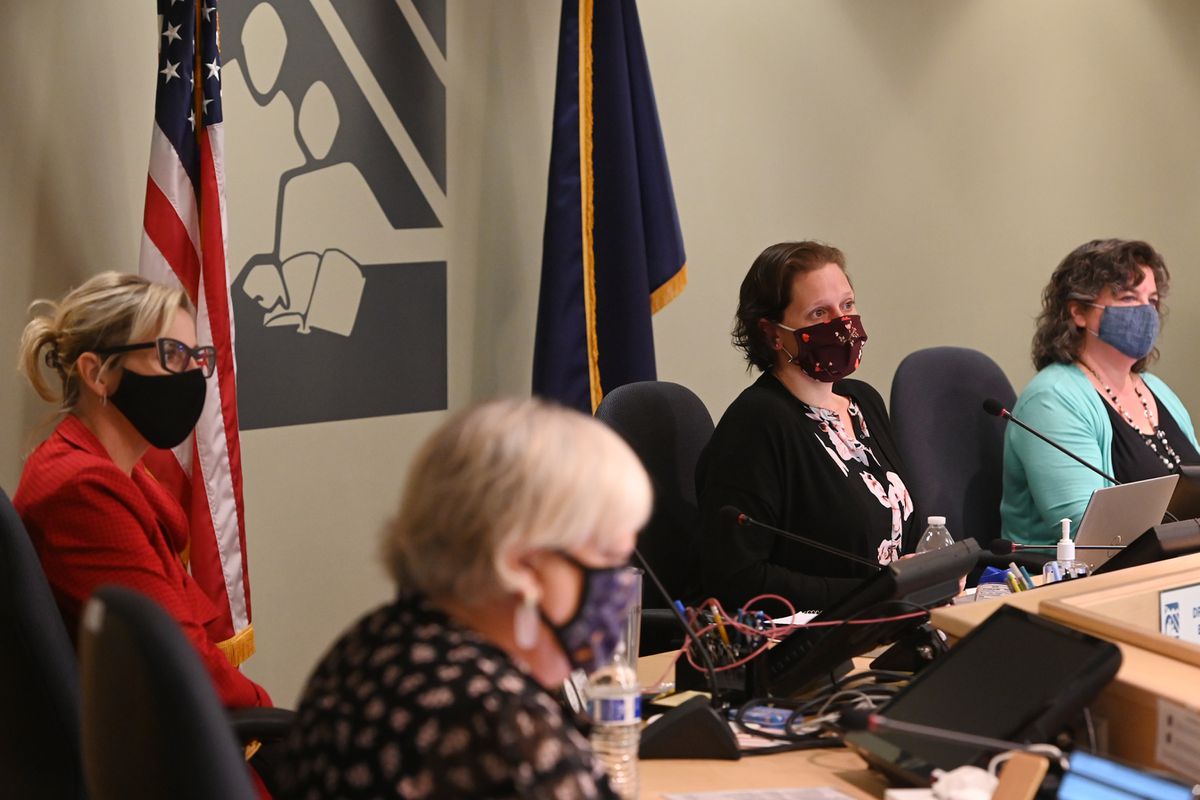 The Anchorage School Board on Tuesday heard testimony on its school resource officer program, with some testifiers saying police officers in schools harm students of color, and others saying the program is critical for students’ safety.

“Racism has deep roots and unfortunately it’s everywhere, even in education,” Celeste Hodge-Growden, president of the Alaska Black Caucus, said during testimony as she urged the district to examine disparities such as high suspension rates of Black students.

Some school districts in the U.S. are eliminating or reevaluating programs that embed police in schools amid a nationwide movement protesting racism and police violence. District superintendent Deena Bishop said program would continue in a districtwide message last month, which drew some public criticism.

Sam Spinella, East High School principal, spoke in favor of the program. Spinella said he saw the total number of suspensions due to fights dramatically decrease when the officers were introduced to East High School in 2003.

He said that the officers work to actively build relationships with kids and said they have been “instrumental in breaking up gang involvement” in schools.

“There have been incidents that if SROs were not present a major disaster could have taken place,” Spinella said.

Megan McBride, a teacher at East High School, urged the school district to seek alternatives to the program, such as substance abuse help and mental health counselors.

McBride said during her testimony that when she couldn’t reach a student this spring, the school principal sent a police officer to check on that student.

“For many of my students, the police are a threat, not a resource. As a teacher, I should never be sending a threat like that to my students’ doors,” she said.

Gardner Cobb, a former Anchorage Police Department officer who was involved with the program, also spoke and provided written testimony, saying the program was developed in response to a rash of school shootings. Cobb said it has been important for school security and for mentoring students.

After the testimony, board member Margo Bellamy said that every Black family she knows in Anchorage has been adversely affected by police. But it’s critical that the voices of the people affected by school resource officers — children — are included in the coming discussions, she said.

“Now is the time to look in the mirror, look at what we’ve been doing for decades and decide, based on the view and input from our kids, whether or not it’s the right thing to do,” Bellamy said.