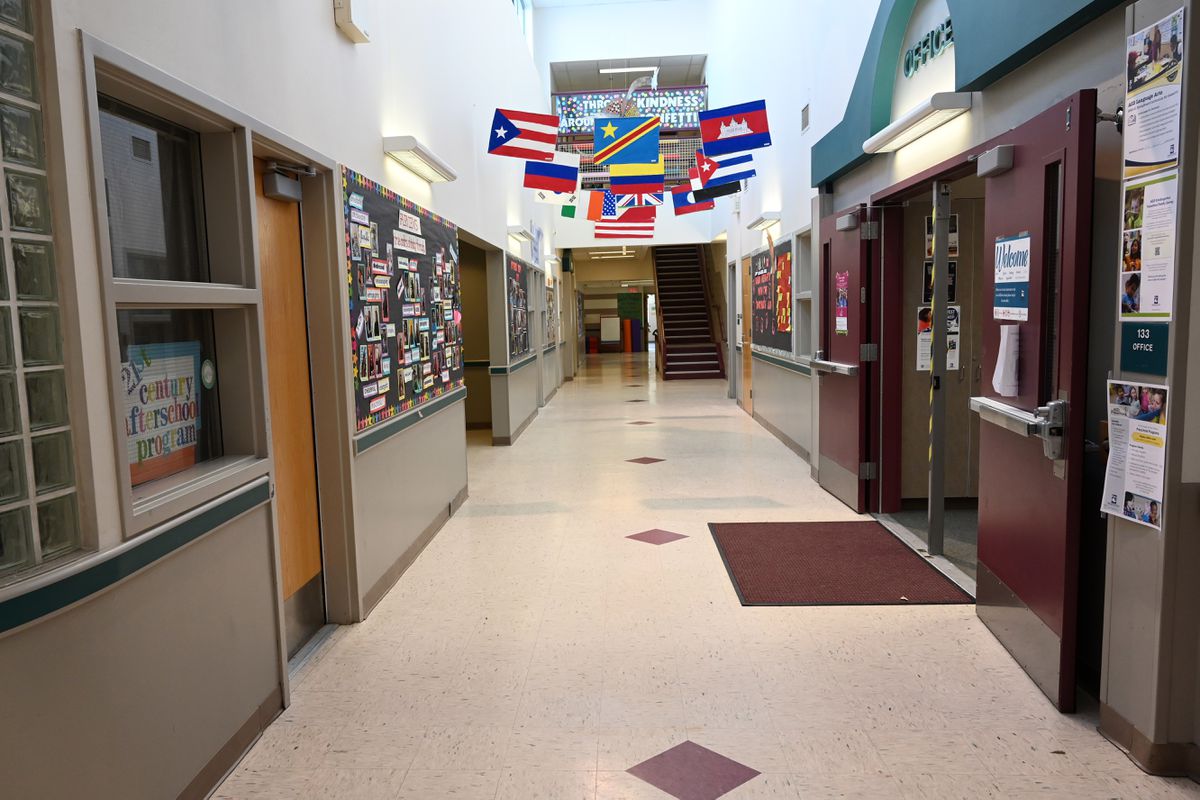 The Anchorage School District superintendent is recommending that the school board rename both Fairview Elementary School and the auditorium of East High School in honor of the late Alaska state Sen. Bettye Davis.

But the Alaska Black Caucus, which pushed instead for East High School to be renamed after Davis and spearheaded much of the effort to honor her, says that the school district’s process which led to the recommendation has major flaws.

Davis, who died in 2018, was the first black woman elected to the Alaska House of Representatives and the Senate, and was elected to three terms on Anchorage’s school board.

[Earlier coverage: Effort to rename Anchorage’s East High after Bettye Davis complicated by pushback from some in school community]

Momentum to honor Davis grew soon after her death and the municipality formed a naming panel which selected three schools for possible renaming. East High School was the first choice, Fairview Elementary the second and Airport Heights Elementary the third.

The school district in 2019 formed a naming committee, which is required by school board policy, and sought input from the three school communities.

At the school board meeting Tuesday, superintendent Deena Bishop and the district’s naming committee presented a report of their findings. In that report, results of a survey indicate that a majority of respondents do not want the names of East High School and Airport Heights Elementary School changed, but a majority of respondents from the Fairview Elementary School community are in favor of renaming that school.

“I really feel strongly about the recommendation,” Bishop said during an interview Wednesday. “It was in the best efforts and really the spirit of that policy, which was: involve the community.”

Still, the Alaska Black Caucus’s president, Celeste Hodge Growden, said school district policy was not followed and that community input was not properly sought during the renaming process. Growden and others have questioned the survey’s reliability, saying it was conducted improperly, did not reach a wide swath of the school communities and is more accurately described as an informal poll.

“The report and its recommendations must not be voted on by the School Board until a Naming Committee is formed in compliance with Anchorage School District policy and genuine community input is sought through a new process that considers special meaning to students and enhancement of educational values,” Growden wrote in a letter to Bishop and the school board.

The Anchorage school district’s naming policy, referenced in the committee report, requires the superintendent to appoint a naming committee. An administrative regulation says that committee should be composed of at least five community members, along with a principal and an administrator.

The committee Bishop appointed did not include five community members, Growden and school board member Deena Mitchell pointed out. Instead, it consisted of the principals of the three schools, the director of secondary education, and was chaired by Sonya Hunte, the school district’s senior director of equity and compliance.

Bishop said that the pandemic interrupted the committee process and created difficulties with outreach for input and was a reason that the committee was not formed according to administrative regulation.

Several people called in to Tuesday’s meeting during public testimony and expressed support for changing East High School’s name to honor Davis. One caller, an alumni, said that many alumni did not have a chance to participate in the survey.

Board member Margo Bellamy said that her son, an alumni, did not receive a survey.

“It just seems to me like we should have somehow done a broader survey, because it is apparent through the testimony that members in our community — and they are not all Black people — they are members in the community who are concerned, and who have who have not been given a voice,” Bellamy said.

She also questioned why the survey did not represent that the word East would still be included in the name, as the “Bettye Davis East Anchorage High School.”

Hunte, the naming committee chair, said that the survey was created to be simple and short, posted on social media and sent directly to students, parents, PTA groups, community councils and other people with interest in the schools.

“The goal, I think, was achieved in sending it far and wide,” Hunte said in an interview Wednesday. She said that a person would need to be active with those communities via social media or as an active member to have seen the survey.

The response rate of the survey at just one high school was much better than district-wide surveys, and the respondents included a good mix of students, parents, alumni and staff, Hunte said. It circulated for more than two weeks, she said.

“That was the honest attempt to make sure that we engage and capture various perspectives and voices within our community,” Hunte said.

Bishop during the interview Wednesday said that the naming of schools is often an emotional and complicated process for communities, and in this case, because a school is being renamed, it is even more difficult.

She recommended that Fairview Elementary School be renamed because the community there widely supported it, including a senior center which sent the district a letter in support of the naming.

However, the Fairview Community Council had been laying groundwork to rename the elementary school after someone else — Dr. Etheldra Davis (no relation to Bettye Davis) who was the first Black teacher and later school principal in Alaska.

Both the school’s principal and the committee had been unaware of this effort until last week, Hunte said.

Board member Alisha Hilde said that it will be possible for board members to propose amendments and that it will go through a full board process. The board will not take action on the renaming until its next board meeting at the soonest, in two weeks, board president Elisa Vakalis said.

Correction: A previous version of this story incorrectly spelled the last name of Sonya Hunte, the school district’s senior director of equity and compliance.