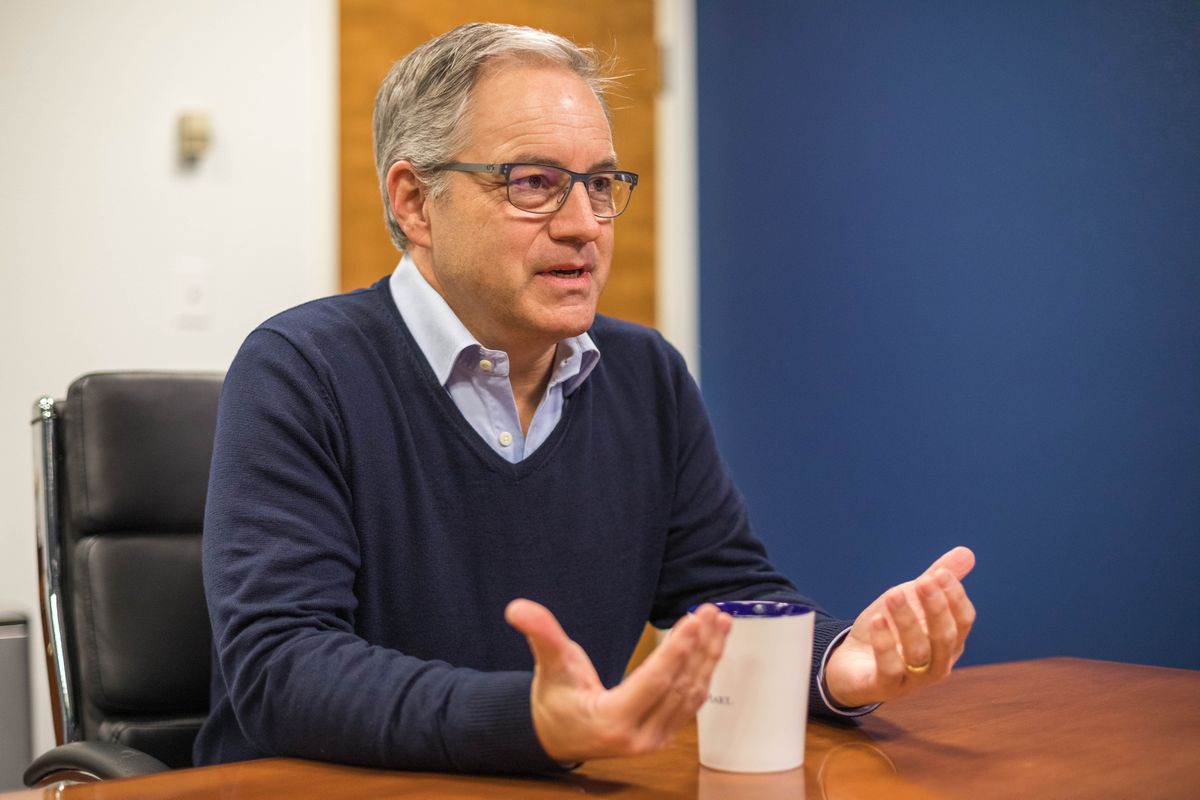 Former Alaska Republican Gov. Sean Parnell has been selected as the next chancellor of the University of Alaska Anchorage.

Parnell’s first day will be June 12, according to a letter from University of Alaska Interim President Pat Pitney to the UAA community.

“I believe Sean to be uniquely positioned to lead UAA in providing the programs that support Anchorage and Alaska’s workforce needs and economic growth, including innovative research to drive the state forward,” Pitney said, describing why she selected Parnell to serve as UAA’s chancellor.

Parnell was governor of Alaska from 2009 to 2014, taking up the role after being lieutenant governor for former Republican Gov. Sarah Palin before she resigned. Prior to that, he worked for national law firm Patton Boggs, was deputy director of the state Department of Natural Resources’ oil and gas division, worked as an attorney for ConocoPhillips and was elected to the Alaska Legislature as both a representative and a senator.

Parnell since 2018 has worked as a corporate attorney at Holland & Hart LLP in Anchorage.

Pitney said her choice was influenced by Parnell’s “passion for higher education,” which she said was evident in candidate forums that engaged with faculty, staff, students and community members.

“He understands the range of issues facing UAA and has proven skills in diversifying and generating revenue,” Pitney said. “He will help stabilize our budget through building UAA’s reputation and expanding enrollment and fundraising.”

Pitney selected Parnell over seven other finalists for the position, including Anchorage School District Superintendent Deena Bishop and Pearl Brower, the former president of Iḷisaġvik College in Utqiaġvik.

A search committee that included UAA faculty, staff and students, along with Anchorage community members, led the recruitment process. Finalists were interviewed by Pitney, participated in forums in April to engage with community members from UAA and Anchorage and were invited to visit the main campus in Anchorage.

Parnell said in a phone interview Wednesday that he thinks his time as governor provides him with the right management experience to lead UAA. The UA system as a whole has been hit by years of budget cuts that have been compounded by financial challenges related to the pandemic.

“I think my experience as governor will allow me to build bridges and bring a steadiness and calm across some lines of uncertainty and perhaps be able to heal from some division,” he said. “My hope really is to join the great people who are already at the university and make it an even more magnificent institution than it already is.”

The university system has seen sharp budget declines in recent years that have led to numerous program cuts and staff layoffs. The university system entered into a compact with Gov. Mike Dunleavy in 2019 to reduce state funding by $70 million over a period of three years. Along with the cuts to educational programs, the UAA said it will eliminate the hockey team and the gymnastics team unless the teams can raise enough money to cover their own operating expenses.

Parnell said he thinks his experience serving on the state’s House and Senate finance committees for a combined eight years, combined with his budget oversight as governor, will help him navigate the university’s financial woes.

“I also bring to that the understanding that it’s not just about numbers — it’s about what we’re trying to create at UAA for the students,” he said. “It’s about real people and real Alaskans. I think that combination of experience and again, that heart for Alaskans and creating a brighter future for them through higher education, that’s part of why I’m doing this.”

During the pandemic, the university switched to online classes and reduced on-campus housing. Enrollment declined, but not as much as officials had initially expected it to. The decreased enrollment numbers added to the system’s financial strain.

Parnell said that while the pandemic has created challenges for UAA, he sees the return to normal life that is happening now as an opportunity for growth.

“We’re at this place in this pandemic where Alaskans and, frankly, people across the globe are rethinking who they are as people and what they want to do with their lives and their futures,” he said. “UAA and the University of Alaska system is really positioned to provide people with an opportunity to make a course correction in their future and get an educational background that they want to have and get retrained in the way they want to be trained.”

Parnell sponsored and implemented the Alaska Performance Scholarship program when he was governor, which provides financial aid to graduating Alaska high school students.

In addition to the Anchorage campus, UAA serves community campuses across Southcentral Alaska, as well as in Kodiak. It serves about 15,000 students, according to its website.

Bruce Schultz will continue to serve as UAA’s interim chancellor until Parnell steps into the position. Schultz was previously UAA’s vice chancellor of student affairs.

Former UAA chancellor Cathy Sandeen announced in October that she was resigning from UAA’s top position to accept a job with California State University.

Parnell said he and his wife moved to Palmer five years ago and have enjoyed volunteering in the Mat-Su community and spending time with their three young grandchildren. He said he plans to maintain a residence in Palmer and Anchorage as he begins the “all-encompassing” position at UAA.