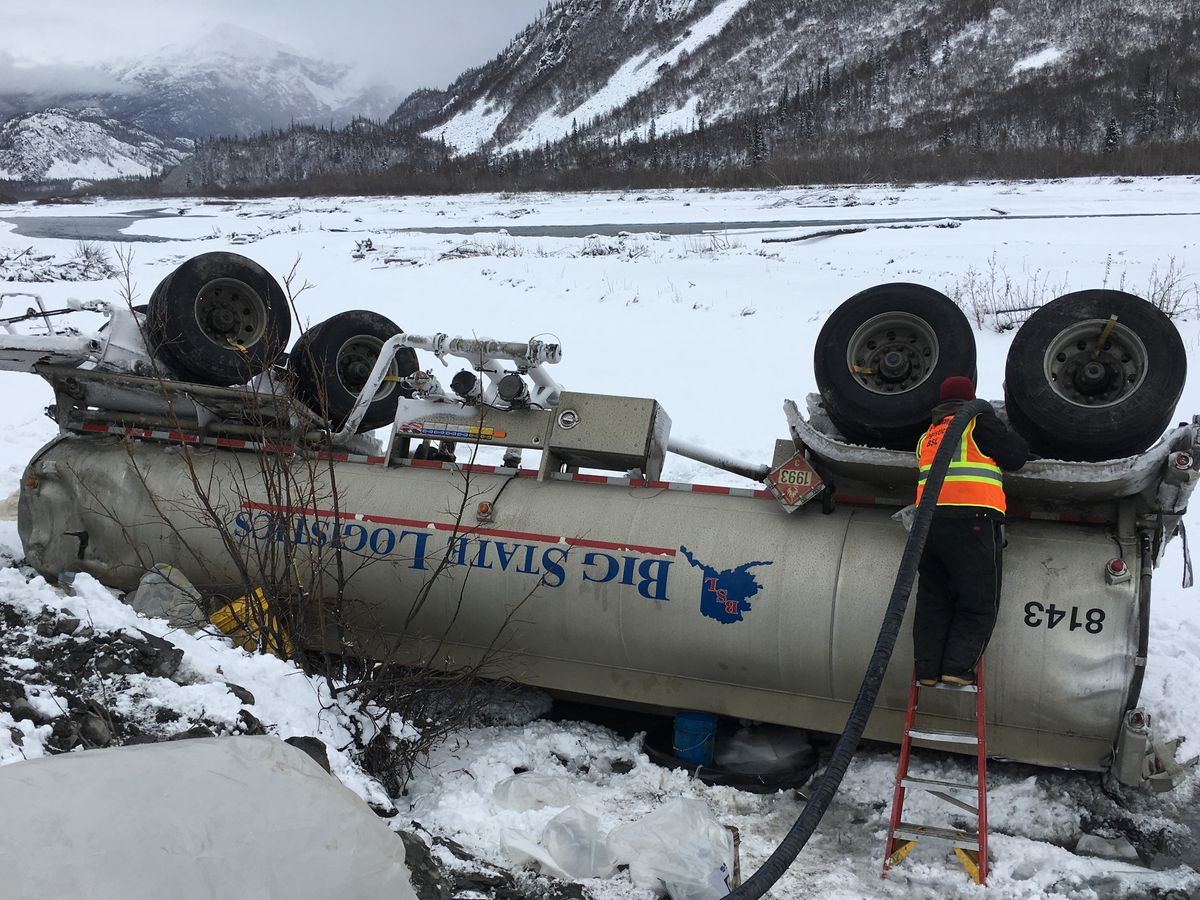 A Fairbanks-based trucking company that last year spilled three loads of diesel fuel on the Richardson Highway has agreed to pay $43,000 to settle alleged violations of the federal Clean Water Act.

The crashes spilled more than 4,000 gallons of fuel, according to the EPA.

A man who answered the phone Tuesday at Big State Logistics said that its president, Mervin Gilbertson, was on medical leave and that no one else was available to comment. The company, in the settlements signed Aug. 18 by Gilbertson, neither admitted nor denied the EPA's allegations.

The three spills happened between September and November of last year, amid concern from regulators and neighboring residents about increased shipments of fuel along the highway that runs near fish habitat like the salmon-rich Copper River.

Truck traffic on the highway has increased since a 2009 pollution-reduction requirement that ultra-low sulfur diesel be used at North Slope oil fields. Valdez is home to one of two Alaska refineries that has produced the fuel.

The settlements cite equipment failure and slippery roads as causes of the three crashes.

After the spills, Big State Logistics stopped using double trailers in "the harshest winter months" and gave its drivers "discretion" to decide if roads were unsafe for the double trailers, the EPA said in a prepared statement Tuesday.

It also said state and federal regulators have been holding workshops with insurers and trucking companies to fix the "persistent problem of fuel transport crashes."