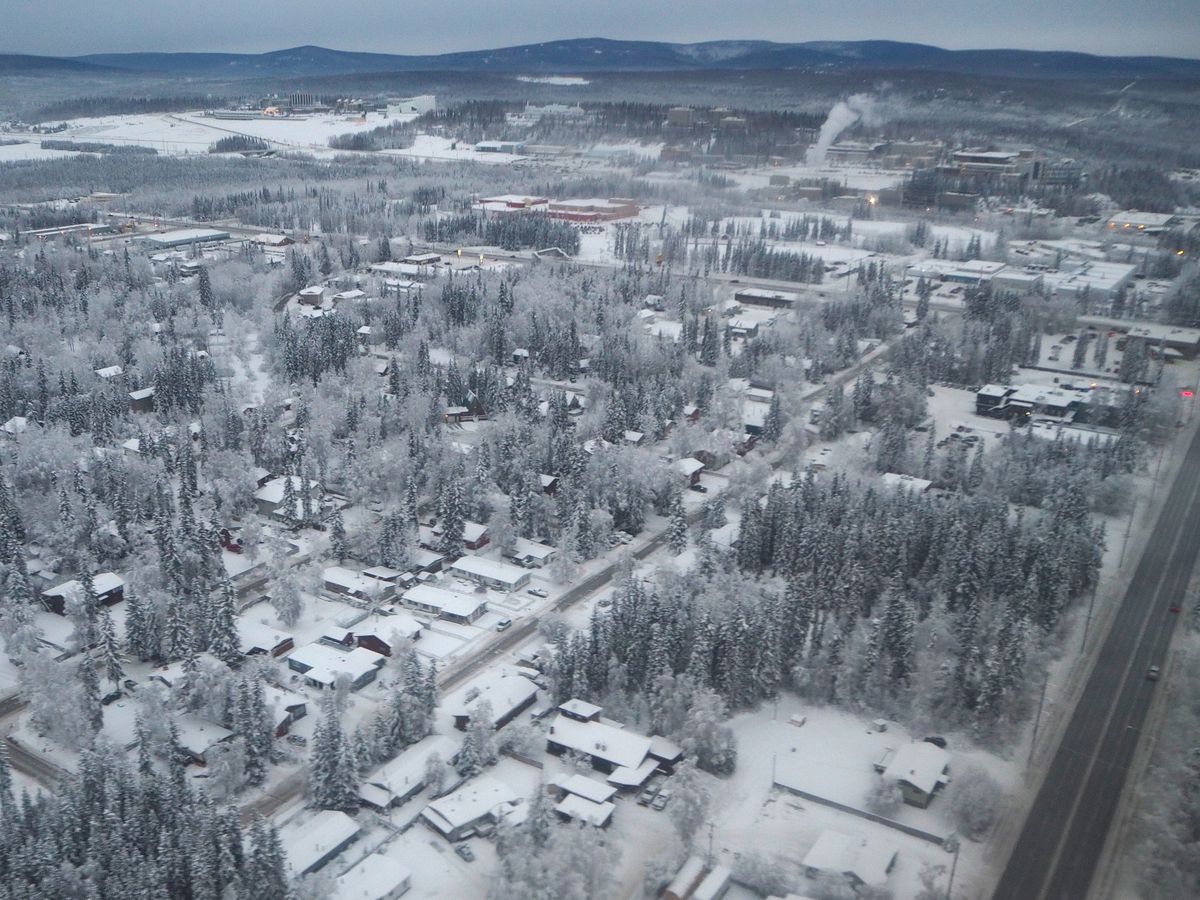 Manmade toxins that likely came from foams used years ago in firefighting have been found in 26 drinking-water wells near Fairbanks International Airport, according to the airport.

Results of recent tests were provided to the airport Nov. 21 with more testing results reported Monday, the Fairbanks airport said in a statement. Residents and business owners are being notified.

Of 33 tested wells serving residences and businesses, 19 had levels of perfluoroalkyl and polyfluoroalkyl substances — PFAS for short — above the health advisory level set by the U.S. Environmental Protection Agency, the airport said. The chemicals were found in another seven wells, but in amounts below the health advisory limits. There were no PFAS levels detected in another seven wells.

These chemicals may hurt the ability of children to learn and grow, according to the U.S. Centers for Disease Control and Prevention. They can hurt the ability of women to get pregnant, interfere with a body's natural hormones and affect the immune system, the CDC said. They can increase cholesterol levels — and the risk of cancer.

They are considered "emerging contaminants" because of limited data on their health impacts, according to the airport.

People in affected neighborhoods are being offered their choice of alternative water sources at airport expense, including flats of bottled water, jugs or regular deliveries of 5-gallon dispensers with hot and cold taps, said airport division operations manager Angie Spear.

The offer goes to those in the area "whether they have been tested yet or not," she said.

As of the end of last week, people connected with about 40 properties out of roughly 150 in the affected area have asked for replacement water, she said.

Testing through contractor Shannon & Wilson is continuing, the airport said. Homes and businesses with PFAS levels above the EPA health advisory will be connected to the area's water utility, she said, though that work cannot be done until after breakup.

A public meeting in Fairbanks on the issue is set for Dec. 18, from 4 to 7 p.m. at La Quinta Inn & Suites. State and health and environmental officials will be there to answer questions as well as officials from the airport and Shannon & Wilson.

The airport has budgeted $400,000 for the first phase of addressing the pollution. That is for testing, compilation of data, temporary water supplies and community outreach, Spear said. The amount for new water hookups through College Utilities is not yet known.

Airports are required to use chemical foam to fight airplane fires because that is the most effective suppression material, Spear said. The foam used now breaks down much more quickly and is less harmful than the one found in the drinking water tests, she said. The chemical also is found in other products including furniture, carpet and waterproof clothing.

Chemical foam isn't used in training anymore though the airport must use it in required annual inspections to prove its firefighting system is in order, she said.