Warming of the Arctic ‘unprecedented over the last 1,500 years,’ federal scientists say 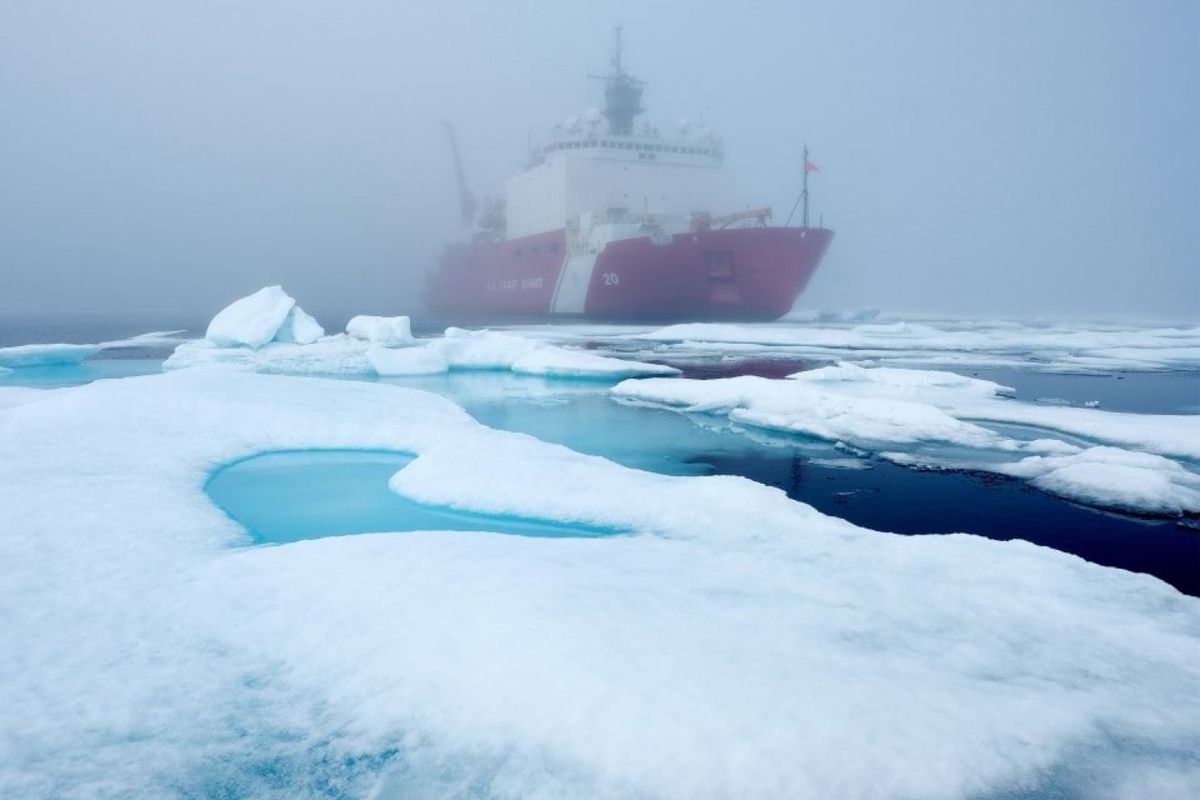 The Trump administration's mixed views on climate change notwithstanding, a group of federal scientists on Tuesday released a stark report on the warming at the top of the planet, suggesting that it is unparalleled in more than a millennium.

"The Arctic is going through the most unprecedented transition in human history, and we need better observations to understand and predict how these changes will affect everyone, not just the people of the north," Jeremy Mathis, director of the Arctic Research Program of the National Oceanic and Atmospheric Administration, said in a presentation at the 2017 meeting of the American Geophysical Union in New Orleans.

Mathis was unveiling the 2017 Arctic Report Card, an annual NOAA report that documents the changing conditions for floating sea ice, the glaciers of Greenland, the thawing permafrost of the high latitudes, and more.

Mathis was introduced by retired Rear Adm. Tim Gallaudet, the acting administrator of NOAA, who said the report was important for two reasons that "directly relate to the priorities of this administration" – namely, its implications for national and economic security.

Gallaudet, a Trump appointee, brought up the example of naval submarines in the Arctic. He said operators had told him that the environment there is "the most hazardous [that] they've ever reported" because of the increased mobility of ice floes.

The new document is peer-reviewed and was produced by 85 scientists. It is released annually, but it is the first time it has been released during Donald Trump's presidency (the last release was in December 2016, post-election but pre-inauguration).

It finds that although the warming in the Arctic was not as stark in 2017 compared with a record 2016, the region continues to warm up at a pace that is roughly double that of the rest of the planet.

Consequences include the ongoing melting of Greenland, which is a leading driver of sea-level rise as it adds about 270 billion tons of ice and water to the ocean each year, and increasingly – although this remains somewhat contentious – weather effects that so many people experience in the middle latitudes of the Northern Hemisphere.

A new section in the annual report puts the ongoing warming in a broader context and finds it extraordinary when compared with data from "paleo" records, which seek to determine what the Arctic's temperature was like in ancient periods long predating modern thermometer observations.

That section observes that the current decline of Arctic sea ice is "outside of the range of natural variability and unprecedented" in the past 1,450 years, based on one reconstruction of past sea ice behavior. The speed at which Arctic surface temperatures are rising, meanwhile, is unprecedented in (at least) the past 2,000 years, the report asserts, based on other research.

"This data set shows that the magnitude and the sustained rate of warming of the sea ice decline is unprecedented over the last 1,500 years and likely longer," Emily Osborne, a researcher with the NOAA Arctic Research Program, said at the New Orleans event.

The change is not just to the overall extent of floating Arctic sea ice (which has been greatly reduced). The ice is also thinner and less long-lived, and it rarely remains frozen throughout the summer and into the next winter.

The new report, like a climate report released in November by the Trump administration, raises the question of how to parse the government's position on climate change. On the one hand, leaders such as EPA administrator Scott Pruitt and Energy secretary Rick Perry have played down the human role in climate change. Yet key government-scientific reports and studies have aligned with the findings of mainstream climate science.

"Like the Climate Science Special Report released in November, the Arctic Report Card is completely at odds with the policies and statements of the Trump administration, which continues to question the reality of human caused climate change," Phil Duffy, president of the Woods Hole Research Center, said in a written statement. "The Report Card dispassionately documents an array of striking changes in the Arctic environment, which it attributes to increasing greenhouse gases in the atmosphere."

Perhaps different branches of the administration are simply handling climate change differently. The EPA, for instance, is a regulatory agency moving to roll back climate regulations – but even so, it accepts the premise of a changing climate in official cost-benefit analyses (although it may shrink estimates of its cost). Agencies such as NOAA and NASA, in contrast, are much more focused on conducting planetary observations and open-ended science, rather than science to support regulatory actions.

In any case, there's no mistaking NOAA's strong warning about the Arctic's warming – and how it will affect people far beyond the northern latitudes.

"The Arctic has traditionally been the refrigerator of the planet," Mathis said, "but the door to that refrigerator has been left open."