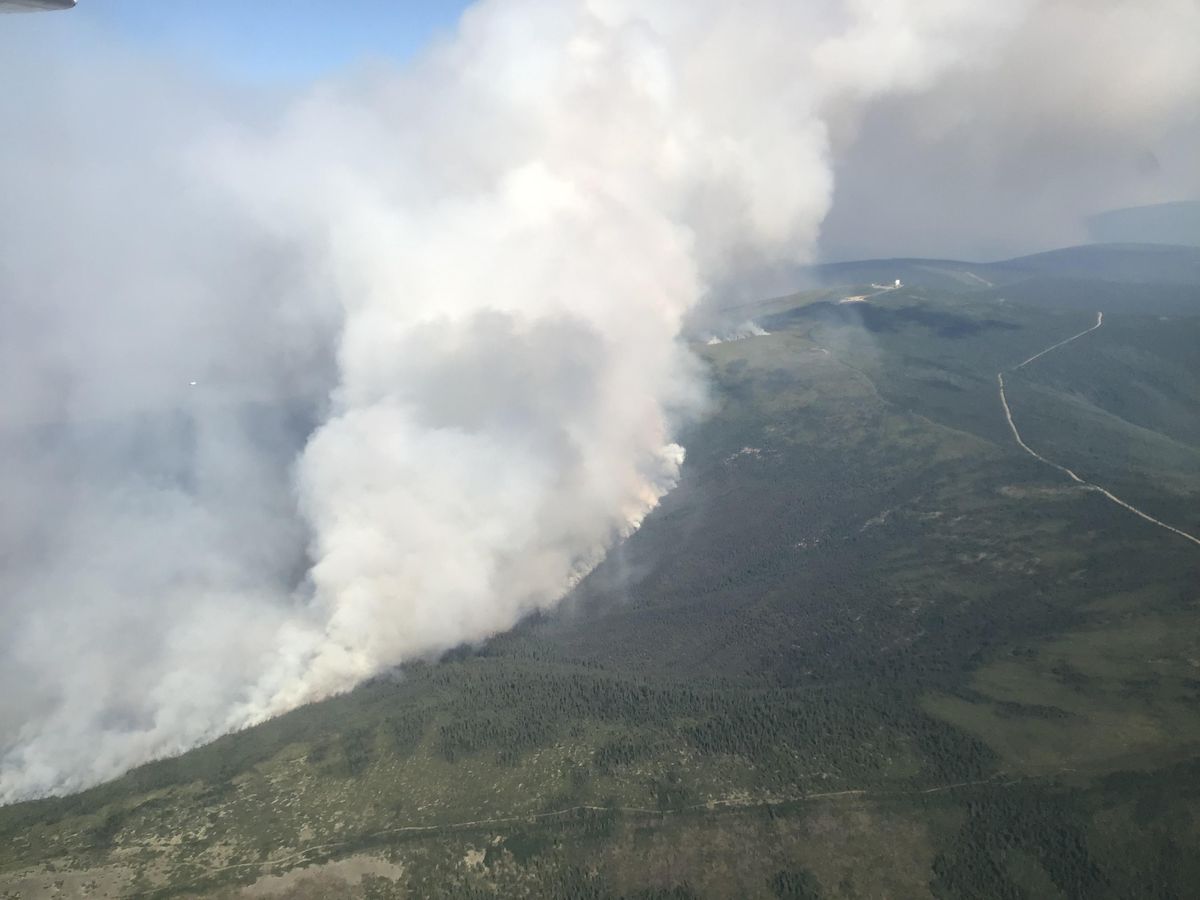 FAIRBANKS - An Alaska mayor has declared a disaster emergency in the hopes of securing state assistance to stop an ongoing wildfire, a report said.

The declaration asks that Republican Gov. Mike Dunleavy declare an emergency exists in the borough and to provide state and individual assistance for response and recovery from the Shovel Creek Fire.

"I want to communicate a sense of urgency, but not of panic," Ward said.

The Borough Assembly is expected to hold a special meeting Monday to ratify the declaration.

The Shovel Creek Fire, which was started by lightning June 21, was estimated to be about 16 square miles (41 square kilometers) at the time of Tuesday morning's Alaska Interagency Coordination Center Situation Report.

About 52 residences were evacuated and more were expected to be placed on alert, officials said.

The fire is an "imminent threat to people, homes and structures within the borough," Ward's declaration said.

The declaration allows the borough to use resources and conduct activities in excess of the $20,000 allocated in its fiscal year 2019 budget, Ward said.

Ward asked residents to be patient as borough staff work to protect residences and structures and inform the public about evacuation alerts and changes to the fire.

“That’s a big success for us because it gives us an anchor point, and gives us somewhere to work off of,” said Jacob Welsh, an emergency services information officer.