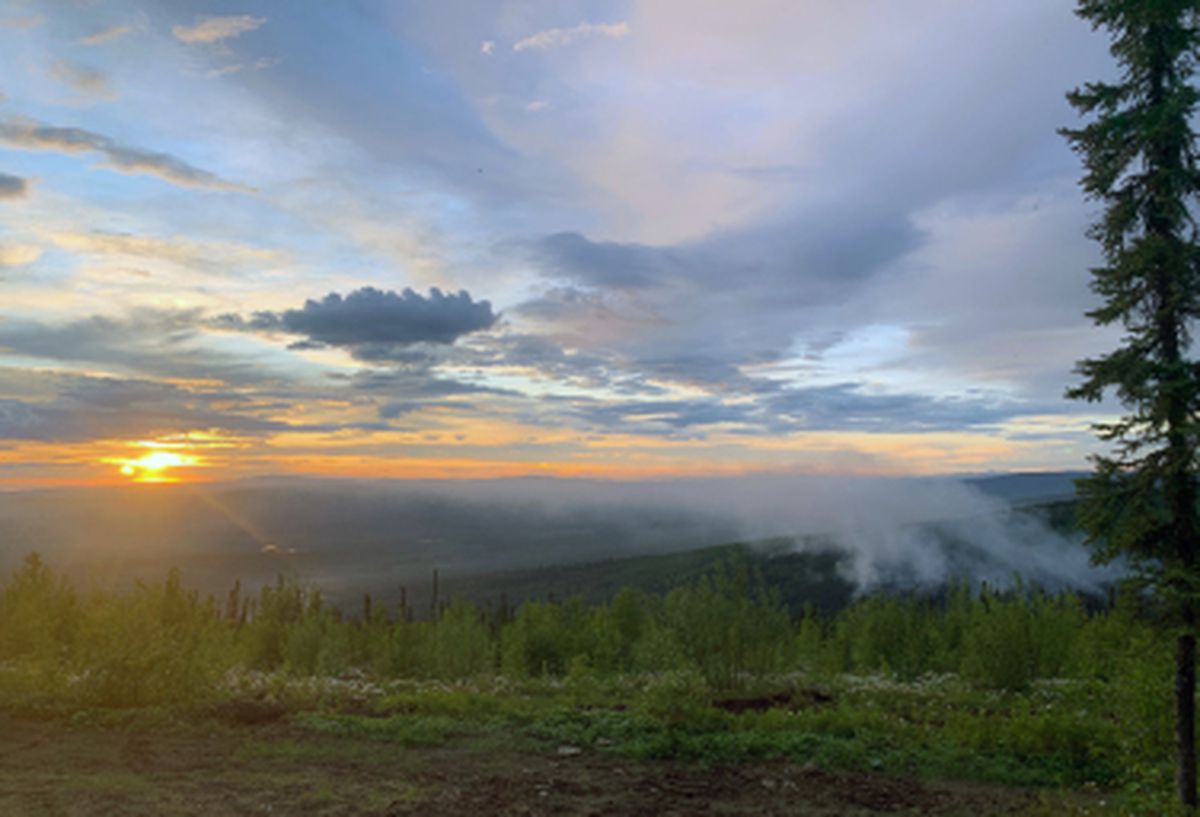 Lower temperatures and more cloud cover than forecast is expected to help firefighters contain a 50-acre fire north of Fairbanks on Sunday, the Division of Forestry said.

The Any Creek fire sparked Saturday from lightning about 10 miles north of Fairbanks and 7 miles west of the intersection of the Elliott Highway. By Sunday morning, it was roughly 50 acres in size, said division spokesman Tim Mowry.

The fire threatened about 15 to 20 homes in the nearby O’Connor Creek subdivision and residents were still in a level one evacuation warning Sunday, meaning they should be prepared to evacuate in case the fire spreads, although Mowry said the threat had been greatly diminished overnight and throughout Sunday.

Mowry said crews were able to reach the fire quickly, and there was a significant amount of resources and equipment in Fairbanks, which allowed them to ensure the flames did not reach the subdivision Saturday. More than 130 firefighters were on scene Sunday.

The skies were cloudier and temperatures were cooler than anticipated Sunday, which helped firefighters work to control the flames. Mowry said Old Murphy Dome Road, which is near the fire, is open but drivers are urged to use caution and avoid the route if possible.

Fire crews Sunday also monitored five smaller fires, ranging from a quarter to 2 acres in size, near Chena Hot Springs Road that had started Saturday. Mowry said all but two were fully contained and crews were hoping to reach the remaining fires Sunday.

The division issued a red flag warning Sunday for the Northern Interior because conditions that lead to wildfires are likely.

The Isom Creek Fire, which started more than a week ago near the Dalton Highway, had grown to more than 12,000 acres Sunday and was 26% contained, the division said in an online update. There were more than 350 personnel working to contain the fire Sunday.