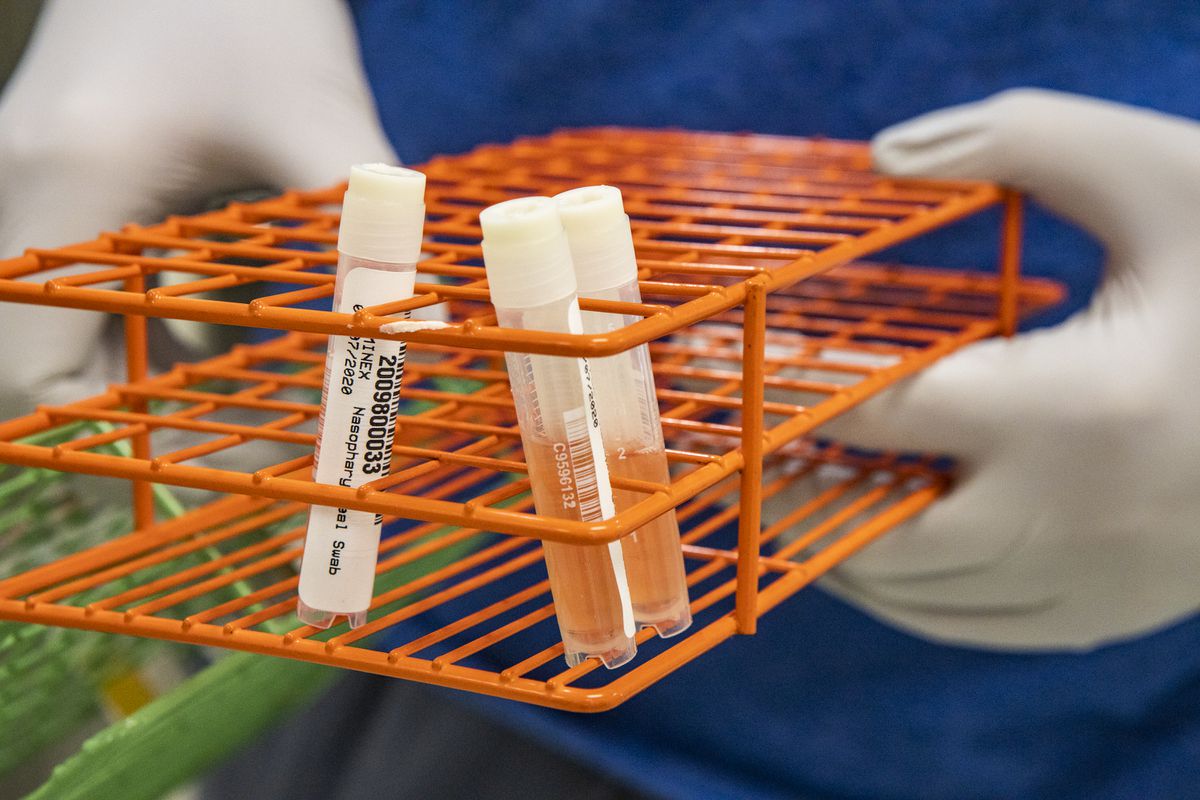 Two workers at a Fairbanks clinic tested positive for COVID-19 this week, prompting health officials to recommend quarantine for more than a dozen patients.

The new cases come as, like the rest of the state, Fairbanks, North Pole and the Fort Wainwright Army base are experiencing increasing coronavirus cases.

Statewide, Alaska’s confirmed COVID-19 cases among residents rose by 276 in June alone — more than a third of the state’s total of 743 resident cases since March.

In the Interior region, though, the spike has come more suddenly because the numbers there held steady without new confirmed infections for weeks.

As of Saturday, there were 114 confirmed COVID-19 cases in Alaska residents in the Fairbanks North Star Borough, up from the 85 cases reported there for weeks until recently. Six new cases were confirmed this week at Fort Wainwright in one household, local officials say.

“We stayed at 85 cases with zero active cases for 32 days,” Brooks said Friday morning during a media briefing before new state case counts were released. “Then we went from 85 cases to 106. That’s an increase of 21 in the last eight days.”

Several big social gatherings are planned in coming weeks, including Saturday’s Midnight Sun baseball game played by local teams after the Alaska Goldpanners summer league team canceled its season due to the pandemic.

Local officials are urging residents and visitors to maintain social distancing — at least 6 feet from nonhousehold members — as well as use face coverings and lots of hand washing.

“So we are anticipating we’re going to see that positive number increase as that backlog comes in,” Brooks said.

The region has enough testing kits generally but not enough rapid testing, so they need to rely on state and commercial labs, health officials say.

A contract to use the Carlson Center arena as overflow for patients needing medical care has been extended until September, though current patient numbers in areas designated for COVID-19 are at about half the levels that would trigger the arena’s use.

The employees had no symptoms while working, reported symptoms when they came on, and were tested for COVID-19, according to the company. They remained in home isolation waiting for results.

Both are believed to have been infected through non-work-related exposures, according to Dr. Angelique Ramirez, quality medical director for the foundation partners.

One of them works at Tanana Valley Clinic and had contact with 44 patients while contagious, Foundation Health Partners said.

Thirty of the patients are considered to be at no more risk of infection than anyone in the community and were notified out of an abundance of caution even though it wasn’t required, Ramirez said.

State health officials are recommending a two-week quarantine for another 14 patients considered “low risk” because of protocols for full protective equipment worn by staff and masking by patients, the health corporation said. They’re being told to get tested if they develop symptoms.

Foundation Health Partners is offering free testing for all patients. All the employees in two clinic departments involved in the positive cases are being contacted and tested.

The Fairbanks Memorial Hospital employee who tested positive did not have contact with any patients or anyone in the facility while she was contagious, according to a statement Friday. She has no symptoms, but was tested after she reported being in close contact with someone else who became sick with COVID-19 symptoms.

Her case is not related to the two clinic employees.